9 Spots for the Best Cuban Food in Los Angeles

If you can’t make it to Havana to dine on roasted pork, cuban sandwiches, and mojitos, consider taking a closer look at what Los Angeles has to offer.

Around 80,000 Cubans now live in the Los Angeles area and because of that, Cuban restaurants are spread out far and wide from the Eastside, South Bay, and into the Valley. That means that a great Cuban eatery might be closer than you think!

In the 1960’s, Los Angeles played a key role in helping exiled Cubans rebuild a new life after Fidel Castro took power in their home country.

According to KCET, many of those Cubans who who arrived in the 60’s ended up settling in Echo Park where they formed numerous businesses and communities. Echo Park even became known as “Little Havana,” but as time passed Cubans spread out into other cities like Glendale, Downey, South Gate, and Huntington Park, leaving Little Havana in their wake. Echo Park went back to being Echo Park, but some Cubans did manage to stick around. Decades later, their restaurants are still with us.

That said, there are a ton of excellent Cuban dining options for you to choose from. I’ve provided a rundown of the best of the best (in my humble opinion) in the list below, presented in no particular order, numbered only for reference 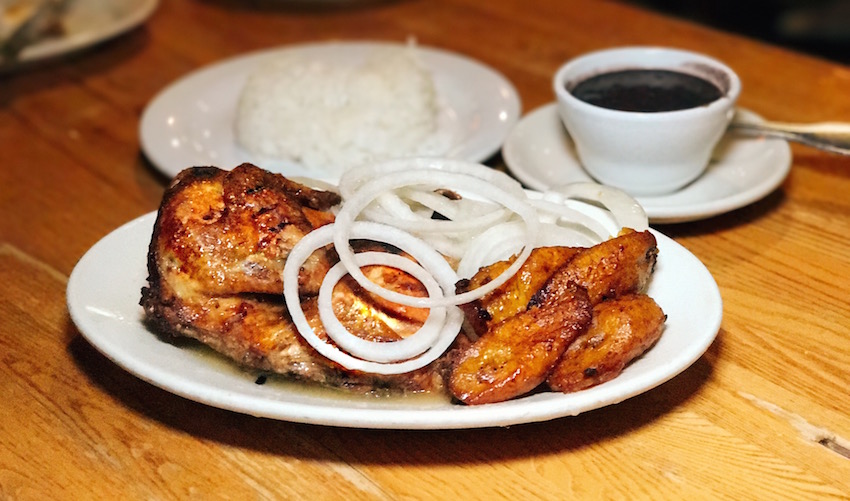 Prepare to wait for a table at the most popular Cuban restaurant in Los Angeles. Once you snag that table you’ll be overwhelmed by the large menu organized by meats, but calm down, seek out the chicken section, and order the Famous Garlic Chicken served with onions, fried plantains, and rice. You’ll see it at every table because it’s painfully good. Roasted to perfection, the skin is crispy on the outside while housing some of the most tender and juiciest chicken meat you’ve ever tasted. Swish the chicken around in that tangy garlic sauce and take a huge satisfying bite out of a legendary L.A. dish.

In Filipinotown sits a Latin American cafe established in 1968 that’s managed to float under the radar for many years, serving delicious Cuban food from breakfast to dinner. In the mornings they serve plates like giant Cuban omelettes stuffed with roasted pork, grilled onions, and garlic mojo sauce with a side of sweet plantains and Cuban bread. For lunch, piping hot Cubanos or a Ropa Vieja sandwich made with shredded beef simmered in tomato sauce with onion and bell peppers are good choices. For dinner, stick to the Cuban Plate. You’ll select a choice of protein (go with the roasted pork) served with sides of yuca, sweet plantains, mixed greens, and toasted Cuban bread. Save room for (or bring home) some Papas Rellenas. Aka stuffed potato balls, they rival those at Porto’s in both size and flavor. I also suggest you pick up some Pastelito de Guayaba y Queso (guava and cheese pastry) and decorated cookies and cakes that are so adorable, it’s hard to pick just a few. They all look so tasty!

El Colmao has been around since the ’60s, serving palomilla empanizada, croquetas, Cubanos, oxtail stew, and other Cuban mainstays. If El Colmao sounds familiar, you probably read about it in Jonathan Gold’s book Counter Intelligence: Where to Eat in the Real Los Angeles. Their Pollo El Colmao — chicken stewed with tomatoes, olives, peas, and chili powder — is an excellent choice, and is also their most popular dish. El Colmao is as classic as it gets. With a ’60s-’70s ambience and a menu to match, you won’t find anything that strays far from what was served decades ago. If you’re looking for a legit cafe con leche, it can also be found here.

The South Bay is home to a Cuban restaurant with a food and drink happy hour that lasts over four hours. During lunch time, guests can tack a refreshing mojito onto their meal for just $4. Popular dishes include Ropa Vieja, a zesty shredded-beef dish made with tomato sauce, onions, and peppers, and Lechon Cubano: slow-roasted pork with onions and garlic. Do not overlook the cocktail menu, with over 15 types of mojitos that people go crazy for. Most nights, you’ll find a lively atmosphere and entertainment. 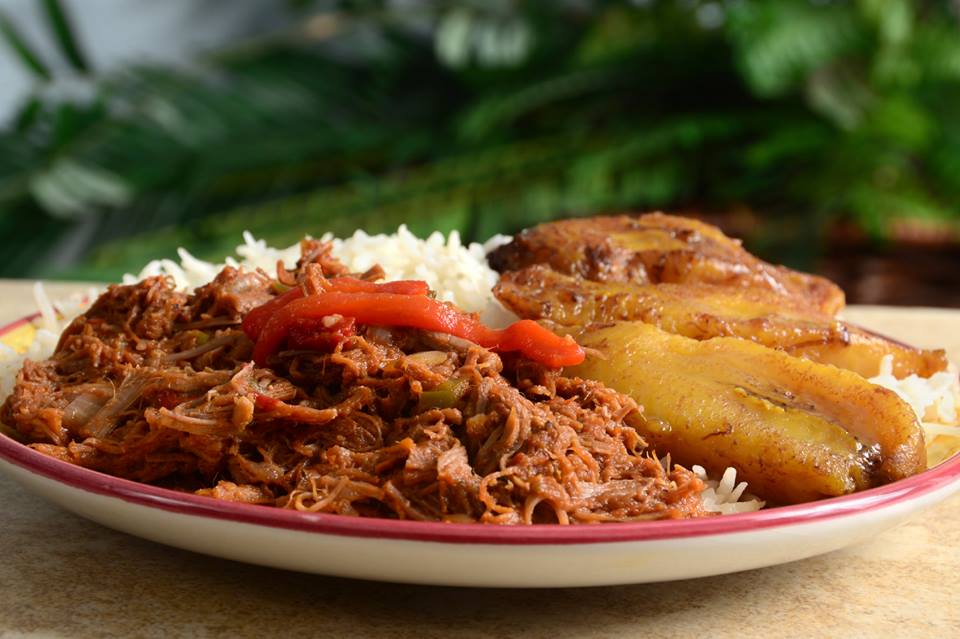 Porto’s is more of a bakery than a full-blown Cuban restaurant, but can you blame us for including them? They have legendary pastries, such as Pastelito de Guayaba y Queso, mouth-watering meat pies, and the fried potato balls are beloved by everyone. If you want a full meal, the cafe serves a number of traditional Cuban dishes, such as the Cubano and the lesser- known but equally delicious Medianoche sandwich.

Owned by the Madrazo family, Tropicana has been serving Cuban dishes for over two decades. Try their most popular dishes: Ropa Vieja, Pan con Lechon and Medianoche sandwiches. Just like at Porto’s, there’s always a line at the bakery section, but it’s well worth the wait. People have a hard time deciding whose meat pies and guava-cheese pastries are better. Give them a try (and the mango and cheese pastry too!) and you might side with Tropicana. This extremely popular establishment can have long lines during busy hours, I suggest going during off-hours for the best service.

Family owned since 1988, El Cochinto was started by an abuela named Gladys Gutierrez from Havana. Her restaurant’s most popular dish is the Lechon Asado (roasted pork). Crispy yet succulent, the dish is piled high with meat and can be shared, if you’re feeling generous. Now in its third generation, the family members have kept Gladys’ spirit alive through cooking authentic Cuban food with love and family pride.

This Valley mainstay serves great Pollo Asado, empanadas, garlic yuca, Papa Rellenas, and Ropa Vieja. You might find it hard not to order the entire menu, but make sure to save room for the butter cake topped with vanilla ice cream, caramel syrup, and a wafer crumble. The Burbank location has more of a bar atmosphere if you’re going for that, while the Van Nuys location is more homey and down to earth.

Havana Sandwich Company has a great knack for transforming any sandwich into a Cubano. This strip mall sandwich shop offers more than a dozen incarnations of the classic Cubano, including California Cuban, Mexican Cuban, Irish Cuban, Jerk Chicken Cuban, Mediterranean Cuban, and the list goes on.  Maybe not truly authentic Cuban fare, but their Original Cuban beats most places with delicious roasted pork, Swiss cheese, ham, and the works. Make your sandwich a combo and you’ll get a side of rice, black beans, and fried plantains. You’ll leave stuffed to the brim.