If there’s one thing that helps Angelenos get through their daily grind, it’s coffee. And there’s no better time to get your caffeine buzz on then at CoffeeCon, returning this weekend for two days of tastings, roastings, panel discussions, latte art tutorials, and LOTS more.

Coffee not your thing? This week also features a craft beer fest on a battleship, National Margarita Day on Wednesday, and plenty of food-centric Oscar viewing parties on Sunday.

Caffeine fiends listen up! Get your fill of lattes, cold brew and other caffeinated drinks at CoffeeCon February 25 and 26 at The Reef in DTLA. Attendees will have an opportunity to taste, test, learn and enjoy every aspect of coffee via panels, presentations, brew bars and the espresso labs. General Admission is $15 and seminars costs extra. Check for discount tickets via Goldstar while supplies last.

On Saturday, February 25, Chuggin Brews will host a craft beer festival abroad the USS Iowa Battleship that will showcase local and regional breweries, as well as DJs and chefs. Tickets cost $58 for general admission and $75 for the VIP experience.

Bring your pup to breakfast this weekend

Silver Lake’s new coffee and sweets cafe, FrankieLucy Bakeshop invites you and your dog to their very first Pup-Up Breakfast Club this Sunday, February 26 from 9 to 11 a.m.
The breakfast club will feature AYCE pancakes with a selection of specialty toppings and syrups, drip coffee, and house-made dog treats. Dogs eat for free and humans pay just $12. 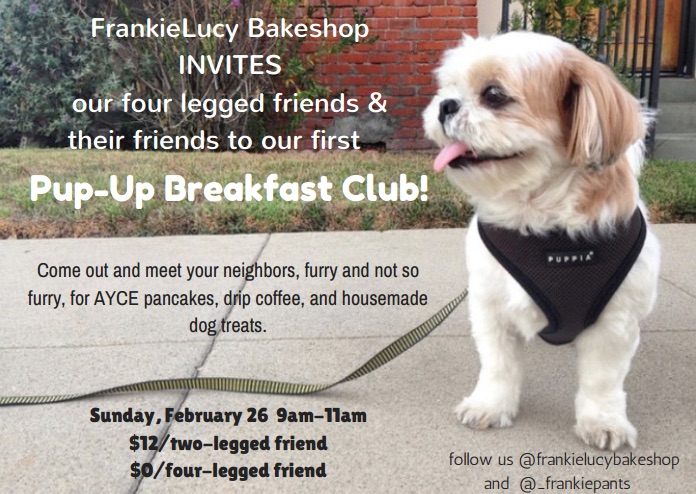 National Margarita Day is this Wednesday, February 22 so celebrate with some of the best crafted margaritas in the city. In honor of the special “holiday” a few bars are featuring some note worthy margs. 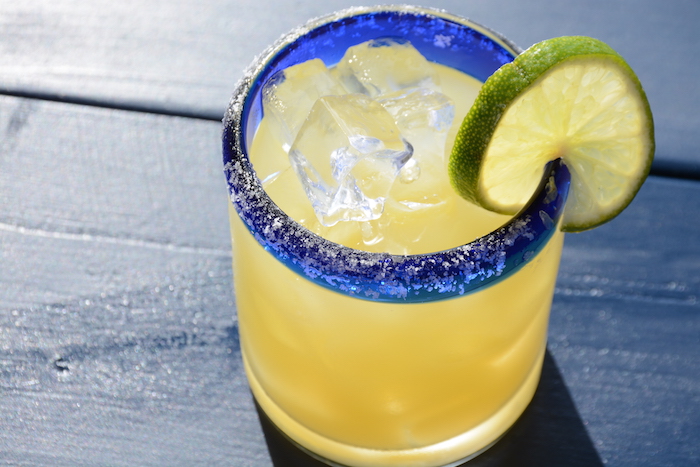 Cape Seafood and Provisions turns one next month and to celebrate they will host two intimate cooking classes at their sustainably-driven fish market. Get a world class lesson in fish preparation by Chef and Owner Michael Cimarusti along with Cape Seafood’s Culinary Director Brandon Gray. An intimate dinner tasting with Michael and Brandon will follow the class. Dates available are Thursday, March 2 and Thursday, March 30 from 7 to 9 p.m.  To reserve a spot cost $100 per person and the class allows a maximum of 10 guests each class, making this one rare ticket. To reserve a spot in the classes, guests can call the shop at (323) 556-2525. 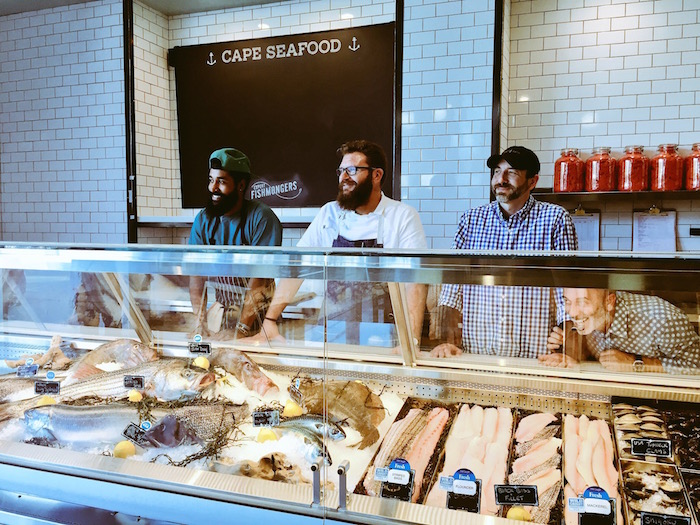 From February 24 to 29, French pastry purveyors Pitchoun! Bakery will serve beignets and bugnets in honor of Mardi Gras.

Pretty Thai for a White Guy is back at Same Same

Just in! From Piedmont, Italy! Super limited. Our Nebbiolo is cool because it's fun & fruity with the great acidity like a rosé, but it also has a substance and sophistication that makes it an all-weather wine. Just ask your friendly bartender for the perfect pairing.

Local bakers ban together to help the ACLU

Huckleberry baker Zoe Nathan is teaming up with a number of top bakers throughout Los Angeles for Bake & Gathers, a bake sale-style gathering to encourage communities to start a dialogue with one another about the growing concerns they might have about the current administration and how they can ban together and raise funds for important causes.

Bakers that include Friends & Family’s Roxana Jullapat, Proof Bakery’s Na Young Ma, The Rose Café’s Neidy Venegas & Joshua Graves, and more will participate in this grassroots campaign. The team is starting with Los Angeles and hopes to gain momentum to take Bake & Gathers across the country.

The first Bake & Gather will be held this Saturday, February 25 from 9 a.m. to noon at Santa Monica’s Rustic Canyon Park (601 Latimer Road), with Huckleberry Bakery & Café, Caffe Luxxe, and Rusticoffee selling pastries and coffee to help benefit the American Civil Liberties Union and Los Angeles’ Public Counsel, which supports immigrants and underserved communities with pro bono legal services. DTLA’s Woo Souvenir Shop will also be selling t-shirts at the event and at Huckleberry.

At this time the website is not up, so keep up-to-date through their Instagram on other upcoming bake sales throughout L.A.

Kicking off a new and delicious movement to bring communities together to share, plan, and give back. It all starts with a simple premise: the neighborhood bake sale. #bakeandgather So stop by Rustic Canyon Park on the 25th and let's get gatherin'! @aclu_socal @huckcafe @caffeluxxe @rusticoffee #bettertogether #andgatherforgood

The award show of the season.. the Oscars will be played on everybody’s television screens this Sunday. But why not switch it up and hit the town? Enjoy cocktails, a fabulous meal and party like an A Listers! We have some options for you…

The Tuck Room Tavern is rolling out the red carpet to host a VIP viewing party for the Oscars. Chef Sherry Yard will dazzle guests with a four-course prix fixe dinner with entrees named after recent blockbusters such as the La La Lamb. Come early to catch the red carpet interviews and enjoy games and pre-show libations featuring Master Mixologist Adam Seger’s Red Carpet Fizz cocktail. Tickets cost $65 per person.

Ocean Prime will screen the award show in both lounges while guests dine on a Sunday Surf & Turf menu featuring two courses and a side for $60. While watching, partake in a contest by filling out a ballot of your winners predictions in each category for a chance to win a $100 gift card.

Da Kikokiko is “Top Chef” alum Brooke Williamson and husband/co-chef Nick Roberts Hawaiian concept in Playa Vista. They serve a wide variety of poke bowls which can be customized with lots of interesting toppings like Maui onion and Jellyfish. Pictured here is the Hamachi bowl.