The 10 Best Delis in Los Angeles

Delis in Los Angeles may not be as prevalent as in New York but the few that we do have are considered some of the best in the nation.

We’ve got Jewish, Italian, and even an Armenian deli, all featuring some of the freshest baked bread and top cuts of meat you’ll find on any sandwich, anywhere.

Angelenos may be more aware of the best places to find organic food or the best burgers in town but hopefully this list will stoke the interest of deli newbies to explore (and taste!) the variety of what our fair city has to offer.

Rundown starts below, numbered for reference, listed in no particular order. 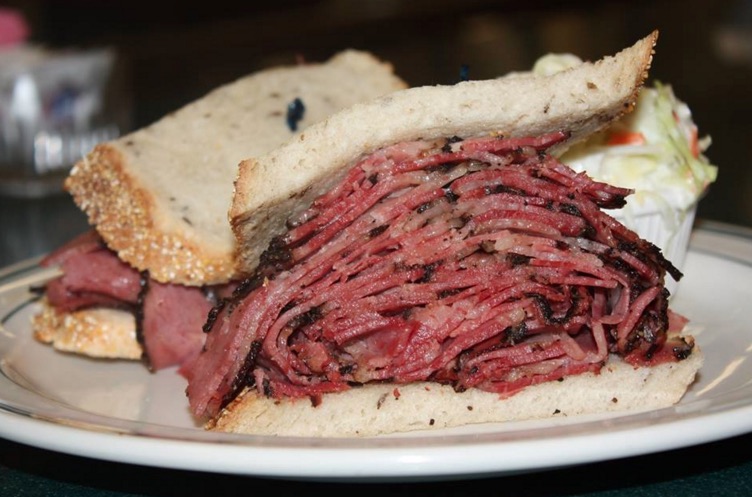 It’s a Valley haunt that is considered not just a great deli but one of the best places to eat in L.A. period. Once you’re seated you’re served a plate of pickles, natch, which you inevitably nosh on while going through their extensive menu options. They serve breakfast all day (SCORE) and their pastrami is considered one of the best in the nation. Most popular dish: the Pastrami Rheuben

They’re one of the oldest delis in L.A. and the Kibitz room is where many a rock band got started. It’s open 24 hours so you can easily feed your craving for a black and white cookie any time of day. Most popular: practically anything from their bakery especially the rugelach and their matzo ball soup

It’s a Beverly Hills institution established in 1945 that’s one of the OG Jewish delis in the L.A. Because this is Beverly Hills we’re talking about, you’ll likely finding yourself eating next to Larry King or other famous fans. Most popular: the Nate ‘N Al

It notoriously has a long line snaking around the restaurant for a good reason- their No.19 is considered one of the best pastrami sandwiches, if not the best, in the nation. Even Nora Ephron thought so and she was a New Yorker.  Most Popular: No. 19

Where do we start? The #19 is a symphony of delicious tastes, available nowhere else.

It’s the Godmother of sandwiches, Italian-style. It’s been a Santa Monica staple since 1925 so it’s no surprise that with decades of experience their sandwich is considered one of the best. To get the full effect of The Godmother order it with the works (ham, prosciutto, capicola, mortadella, and genoa salami). Bring an empty stomach because you’ll be good for the day. Most Popular: The Godmother (in case that wasn’t clear).

Wexler’s is the new kid on the block located in Grand Central Market  serving up “Old School Deli Soul Food.” The’re small and unassuming in the chaos of GCM but don’t be fooled, they brine their own meats and pickles because soul food doesn’t come in jars. Most Popular: the MacArthur Park

Considering it’s situated behind The Laugh Factory means you can have some laughs followed by some good eats and- even better- wine. It’s the first deli to sell wine so order the corned beef and pair it with your preferred wine (red is best). Most popular: Grilled Reuben with corned beef and pastrami

It’s a true taste of Italy in Downtown L.A. with hot and cold sandwiches and pastas just like any Italian grandmother would like it. Prepare to mangiare to your heart’s content but just know that a food coma will likely follow so plan accordingly. Most popular: The DA Special. It is everything that is good and right about delis: a pastrami, sausage, meatball, roast beef sandwich. 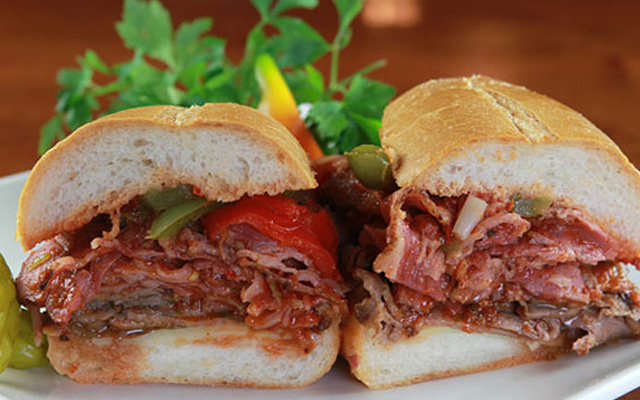 It’s a landmark and still one of the best-known L.A. delis. They’ve got an extensive menu with everything from buffalo wild wings to a soft taco plate but the deli items are what keep people coming. Make sure to try the latkes and the mini reuben. Most popular: the hand-cut pastrami 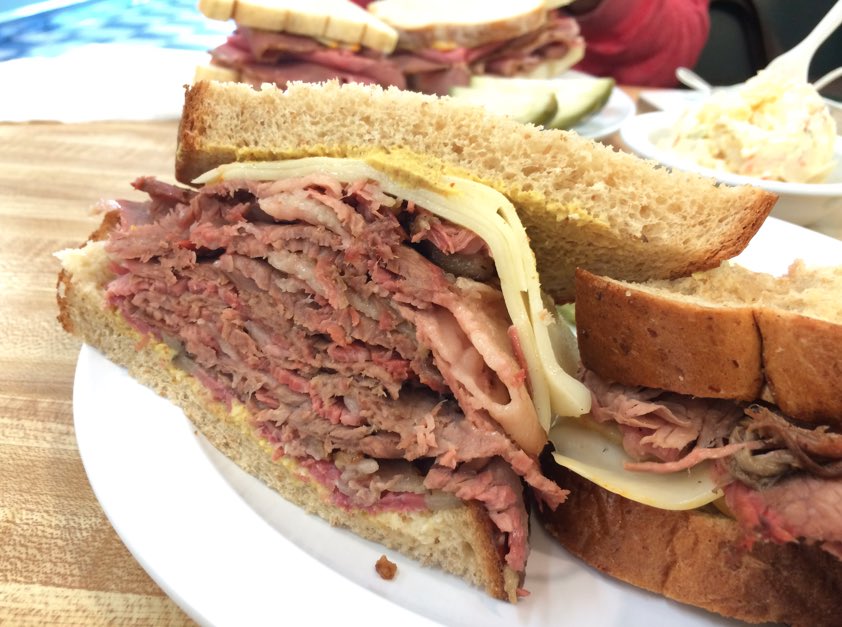 Brisket on wheat at Marv’s Deli. Credit: Brian Champlin / We Like L.A.

The Deli at Little Dom’s: It’s located with the Italian restaurant so it’s no surprise it’s good.

New York Famous Deli: The pastrami is on point.

Lenny’s Deli: They’re relatively new to the area having replaced the decade’s old Junior’s. Try anything from the bakery and their corned beef.

What’s your favorite deli in Los Angeles? Let us know in the comments below!