So Thrillist just released a list of what they called the best ice cream shops in America. Besides instantly sparking my ice-cream / travel lust, I was also curious about where some of our local southland ice cream parlors might rank.

As it happens, among the entire rundown of the 33 best, only one is based in the Los Angeles area. That would be Quenelle in Burbank (and more recently, in San Marino).

I suppose it stands to reason then, that if they only have one L.A. spot on the list, then that spot has to be the best that our city has to offer, right? I mean, stop me if I’m wrong there or my logic is off.

So what’s the rationale? Quenelle, which opened its initial Burbank location in 2013, is the baby of pastry chef John Park (Lukshon, Providence, Water Grill) and it boasts an amazing array of gourmet ice cream possibilities (including an ice cream funnel cake combo!).

Here are some more superlatives from the article:

“…when you have everything from blueberry pie ice cream to monthly rotating flavors like Red Bull/vodka popsicles (bring your ID) to hand-dipped apple pie ice cream bars you can cover in a brown butter glaze with graham cracker streusel, there’s something for everyone.” -Thrillist.com 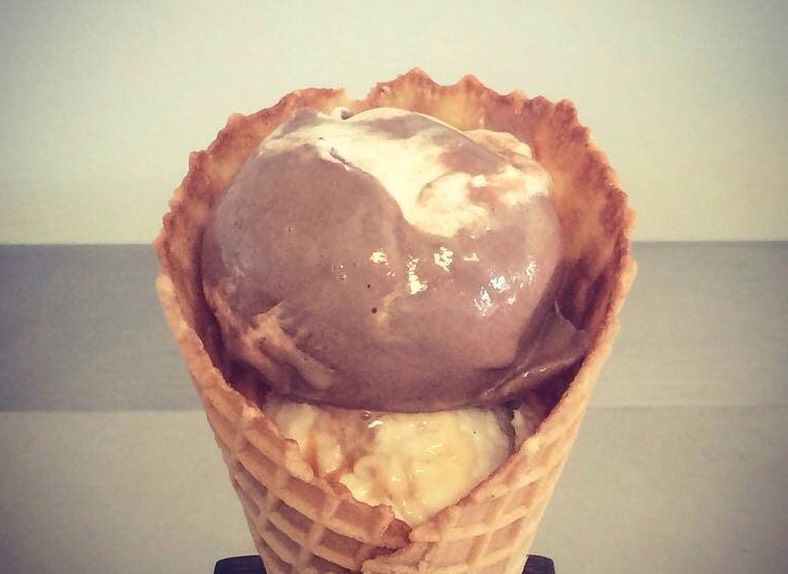 I’ll flat-out admit I’ve never been to Quenelle, so I’ll reserve judgment. Yelpers and list-makers have written previously stellar reviews of the Burbank spot, so that’s a good sign.

Of course I’m certain that local favorites like Scoops, MILK, Fosselman’s, Sweet Rose Creamery and several others would all have something to say about the title of “best in L.A.”

That said, I’d be curious what our community has to say…