12 Cool L.A. Events in June Every Angeleno Should Keep on Their Radar

Need stuff to do this June in Los Angeles? Got you covered.

We looked ahead on our calendar to highlight some of the best events happening in June 2015 around Los Angeles that you should probably have on your radar. After all, better to get your tickets now than wait till the last minute and find out your favorite event is sold out.

And that’s just for starters!

Complete rundown starts after the jump. 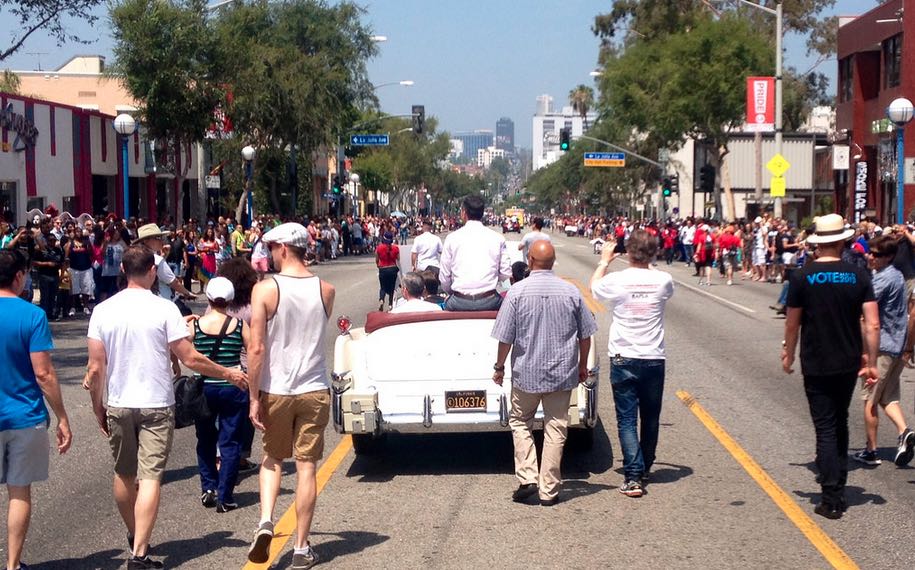 The Great Horror Campout is a 12-hour, overnight, interactive horror camping adventure held in Griffith Park. Basically, if you want the real-life equivalent of being in a horror movie, this might be as close as you can get.

Sound like your bag? There are two possible nights of horror (June 5 or June 6). Get more information and discounted tickets via our friends at Goldstar.

The L.A. Conservancy is bringing its classic film screening series, Last Remaining Seats, back for a 29th season with a selection of six iconic films screened at unique vintage movie theaters in downtown Los Angeles. Tickets are $20 per show.

CatConLa is a two-day affair over the first weekend of June that will be “celebrating groundbreaking products and ideas in art and design, pop culture, and attitude… for cat people.” Basically, you’ll either love it or hate it.

With a massive and diverse slate of feature films, shorts and music videos from dozens of countries around the world, the L.A. Film Festival is one of the best ways to see what’s happening in the world of independent film. Takes place June 10-18. Visit official website for tickets and more information.

Now back for it’s 7th year, L.A. Beer Week kicks off with a huge party at Exposition Park on June 20th that will feature some 75 local breweries and 200+ beers. The celebration then continues over the next 8 days all over the city will scheduled tappings, brunches, tastings, and other special beer related activities.

One of the largest TLGB celebrations in the world, LA Pride 2015 will be headlined by musical performances from Tamar Braxton (Friday, June 12th), Kesha (Saturday, June 13th), Ana Barbara  (Saturday, June 13th) and Fifth Harmony (Sunday, June 14). Oh, and don’t forget about the massive parade that starts things off on Friday at 5:00pm. Get tickets and more information about all the festivities via the official website.

One of the the most iconic L.A. music festivals at one of our most beautiful venues returns on June 13-14. The 2015 lineup includes Herbie Hancock, Wayne Shorterm the Monk Institute of Jazz Performance Ensemble, and many, many more!

If you want tickets for Sunday’s show at the bowl, Goldstar is offering them for as low as $20.

On June 12-14 the Fabulous Forum in Inglewood will play host to all things Hello Kitty with a Supercute Friendship Festival. The event will feature live entertainment, cosplay, characters, interactive exhibits and much, much more.

A four-and-a-half-hour concert at the Hollywood Bowl featuring some of the best mariachi acts from the U.S. and Mexico, and it even includes a spectacular fireworks finale. Starts at 6:00pm on Saturday, June 27. Get more information and discounted tickets via our friends at Goldstar.

The 2015 Make Music Pasadena Festival will feature over 150 performances spread across multiple stages set up in  Old Town Pasadena. Best part? It’s all-ages and all FREE! From 11:00am – 11:00pm on June 6.

On Saturday June 13 at the Century Plaza Hotel come to this all-day celebration of cosplay featuring screenings, panels, parody-performances, costume contests, and enough retro gaming to fill even the most nostalgic heart. Get more information and discounted tickets (starting at $5) via our friends at Goldstar.

On Saturday, June 28 join over 2,000 riders at the 15th annual L.A. River Ride and enjoy a great day of cycling fun, an Eco Expo, raffle, live music, and food.  Registrants can choose the level of ride they wish to complete, starting at 15 miles and working their way up to the century club (100 miles). All rides begin and end at the Aquarium of the Pacific in Long Beach. Proceeds benefit the work of the Los Angeles County Bicycle Coalition.