The Best Old School Places to Eat in Los Angeles

Sometimes writing about food in the city of angels can be a bit treacherous. Not necessarily because it’s hard to find great cuisine but because when you do find a brand new gem serving up delicious bites there is this lingering worry in the back of your mind about whether your new favorite will make it past its first year of existence.

With so many new eateries popping up seemingly every single day, it’s always a treat to find the rare spot that has been in L.A. since the 50’s or 40’s  or even before then.

Some restaurants will make you feel like you’ve stepped in a time machine while others have been tastefully updated over the years, but the sticking point is there is usually a reason these places have been around for decades: The food still works, the service is top quality, and the longtime staff is, well, just the best.

So let’s take a quick trip down memory lane to see what’s on the menu if you feel like kicking it old school.

This Beverly Hills spot has been roasting up some of the city’s best prime rib since 1947 your prime rib comes with all the fixings and the famous original spinning bowl salad.

Founded in 1956, this just may be the oldest Japanese restaurant in Los Angeles and the only surviving one located in Boyle Heights. They also serve some of the finest tempura you’ll find anywhere in the area. 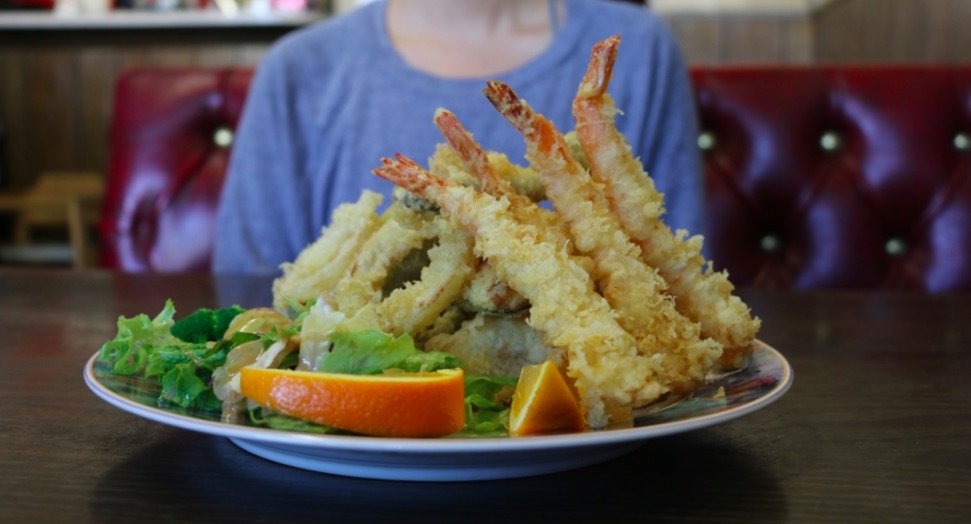 Eat like a Hollywood hot shot at this old school breakfast spot that’s 100 years-old! From Sinatra to Monroe all iconic stars of yesteryear have had lunch and dinner here.

Pico Boulevard may have changed since this burger joint opened in 1947, but The Apple Pan has stayed the same, serving up its classic burgers, fries, and pies.

Since 1931, the landmark 24-hour deli has been serving up its classic menu on Fairfax Avenue. You can’t go wrong with the pastrami sandwich or matzo ball soup. There is no avoiding the bakery right out front, so be sure pick up some sweets to go. 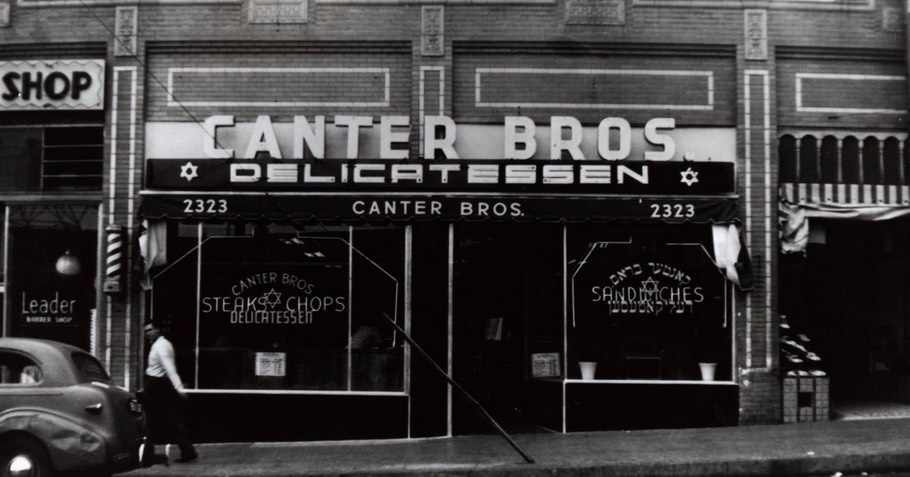 Hollywood’s oldest restaurant has been around since 1919 — that’s before sound and color were in movies yet, but studio executives were still making deals in the eatery.

Cole’s in Downtown LA also claims to have originated the French dip sandwich since 1908, but hey, the more the merrier, right? Dive into the au jus with options of pork, pastrami, USDA Prime Beef, turkey, and lamb.

[RELATED: The 21 Best Places to Eat in Downtown L.A. Every Dedicated Foodie Needs to Try Once] 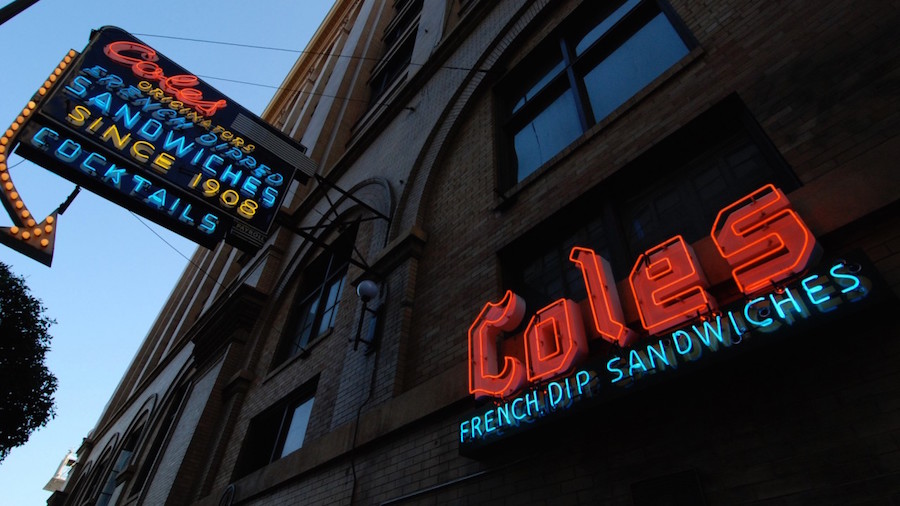 You can’t defeat this good ol’ fashioned Irish pub in Mid-City. The Fairfax Avenue bar opened in 1936, but has closed and reopened several times in the past few years, proving those shamrocks on the wall and their Irish coffees are forever.

Feeling like sitting in a classic black and leather booths? This Pico Rivera steakhouse has all that and more in their current location — they opened somewhere else in 1951.

The Downtown LA mainstay first opened in 1908 and claims to have originated the French dip sandwich (it’s been disputed with Cole’s). Naturally, the hoagie with au jus is a must try here — and Philippe serves it with choices of beef, pork, ham, turkey, pastrami, and lamb.

The old fashioned lounge has served dinner and drinks in Los Feliz since 1954 and has been featured in the movies Swingers and That Thing You Do!

With locations in Santa Monica and Downtown LA, the old school fancy steakhouse has been bringing the days of yore train-traveling vibes since 1921.

Bay Cities has been around since 1925 and its sandwiches are unparalleled. Your life will never be the same once you’ve tried the Santa Monica deli’s “Godmother” sandwich.

This vintage Burbank diner comes complete with an old school U-shaped counter and will give you all the chili you could ask for. Chili John’s, open since 1946 in the Valley, has its roots in Wisconsin, where the original location still operates in Green Bay.

The MacArthur Park spot’s legendary No. 19 pastrami sandwich has reigned supreme since 1947. The deli cooks up their pastrami in many other ways, too — including pastrami chili cheese fries and the hot pastrami sandwich, which Nora Ephron from The New Yorker once called the finest in the world.

Get your deli sandwiches and wine at this old fashioned Jewish delicatessen on the hip Sunset Strip, where its been located since 1926.

Stationed in a building that was supposed to be a light store, the Sherman Oaks steakhouse has been open since 1947 and serves up some quality meat.

The family-owned Alhambra ice cream shop has been scooping up tasty flavors of ice cream, frozen yogurt, and more since 1919.

The Downtown LA landmark has been around since 1961 and it doesn’t just cook up some delicious fish. Fisherman’s Outlet is also home to a seafood market and a seafood salad counter.

Since 1964, this West Hollywood spot has been beloved by stars like Jack Nicholson, Cameron Diaz, George Clooney, Drew Barrymore, and so many others.

What’s your favorite old school spot to eat in Los Angeles? Let us know in the comments below!