In Los Angeles sometimes we feel so married to our cars and our freeways and our urban sprawl that even the mere thought of finding an escape from the concrete environment can seem practically impossible. Of course the truth is we’re only a hop, skip, and jump away… if only we choose to take the quick journey.

Indeed Los Angeles is surrounded by numerous nearby parks and preserves where nature takes hold without interruption from hordes of dog walkers and selfie seekers (I’m looking at you Runyon Canyon). Griffith Park on it’s own covers 4,310 acres, and that’s just the tip of the iceberg when it comes to green spaces in L.A.

To that end here are, for my money, 10 of the best parks in Los Angeles if you’re looking for a little natural reprieve from the daily grind.

And if you just want to sneak off and spend a few hours without telling anyone then hey, it’ll be just our little secret. 😉 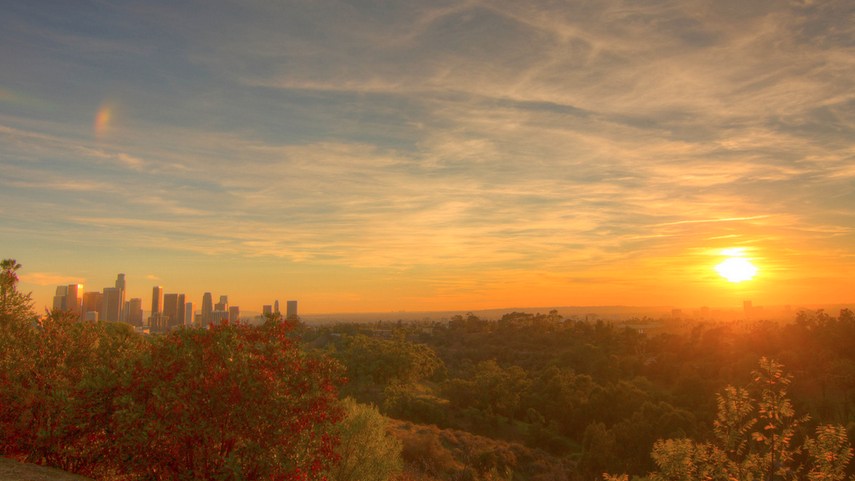 An Elysian Park sunset. Credit: Mulling it Over via flickr

Most know Elysian Park as the place where the Dodgers play. Even when you’re driving up Stadium Way, you feel like the park is a second class citizen to the automobile. Sorry ticket holders, but this perception is wrong. Few know that Elysian Park is our oldest and second largest park in Los Angeles. There are many glades you have all to yourself(as long as it isn’t gameday). There are also many trails that will take you to some unsuspecting places. Make sure you have Google Maps running on your phone to keep track.

People commonly refer to Fryman Canyon to include popular Wilacre Park(off of Laurel Canyon) and Coldwater Canyon Park(Tree People). Sorry weekend warriors, I’m talking about the real deal which unknowingly straddles beneath Mulholland Drive. Taking the Betty Dearing Trail from the parking lot is an other worldly experience as the foliage and undulations will question your orientation. There are pockets where the sky will emerge, but you will quickly get enveloped by nature soon enough. The biggest reminder of civilization: the misguided jeep in the heart of the canyon.

The former estate to American icon Will Rogers, this park still retains the character when he called it home nearly one hundred years ago. His house still greets you as you enter the compound as it operates as a ranch today. If you’re lucky enough to catch the action, polo matches are still held on the field below, a sport you can watch in leisure. You’ll find the occasional deer roaming the grounds and extremely handsome couples having their engagement photos taken. If you’re looking to take a longer break, it is also the trailhead to Temescal Canyon Park and the Backbone network. 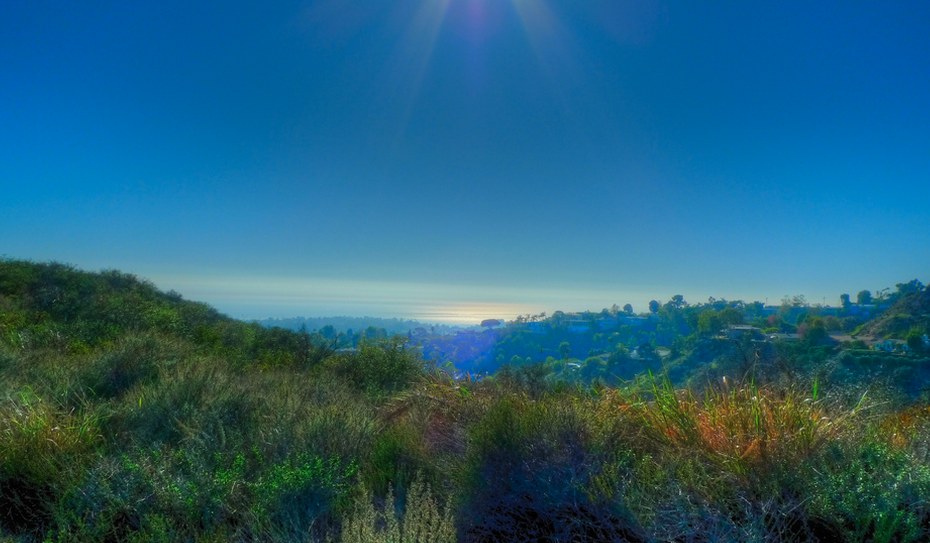 Above Chatsworth, you’ll find one of the most unique departures in Los Angeles. With its unusual rock formations, you may second guess if you’ve landed on Mars! Straddling the border of Ventura County, this park contained the former stagecoach route linking the Southland to Northern California.  This place is so remote, even Charles Manson called it his refuge. I still give it a ringing endorsement.

Although the park is bisected by the 60 Freeway, there is something romantic about strolling through Whittier Narrows. Ten years before the City of Los Angeles was founded, Mission San Gabriel Arcangel was established along the banks of the Rio Hondo. The settlement washed away five years later in 1776, but you can still envision what early life looked like untouched. A bike path takes you through the wetlands and there is also a connection that takes you to the San Gabriel River. It’s a little oasis that many speeding on the freeway miss.

Not really a park, but an outlet that presents great options. Red Rock Canyon State Park draws you in with its unique coloring. You might think you’re about to ride Thunder Mountain with the unusual formations, but you will become more enveloped with the beauty the deeper you go. Another quaint choice is to pick up the Backbone Trail just north of the rustic Inn of the Seventh Ray. You’ll traverse a silent grassy plain before winding your way under the cover of trees. You may end up in New Zealand.

The recreation area is so large that you could plan a week of activities, but there are a number of places that are easily accessible. For the first time visitor, I would suggest heading up Santa Anita Blvd. to Chantry Flats, a century old recreation area settled within a canyon of sycamores. If you have a little more time, take an alpine getaway by venturing through Angeles Crest Highway or up Mount Baldy. I put together a semi-extensive guide to the area. 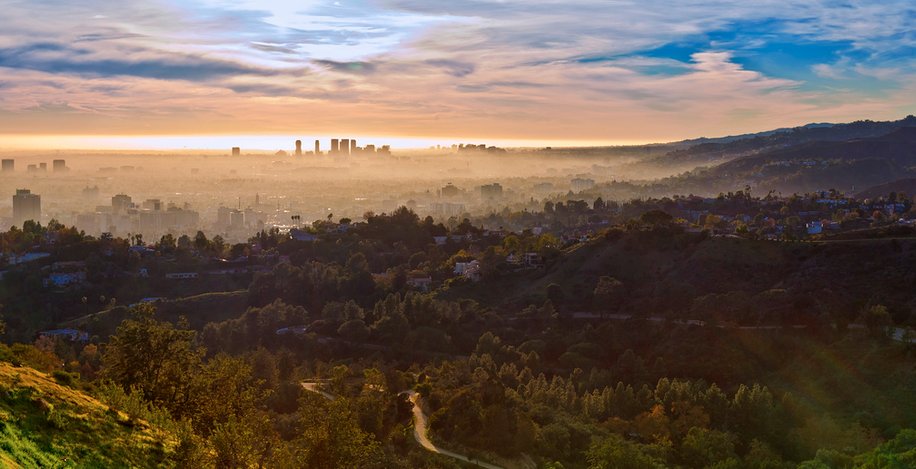 Just off of Coldwater Canyon, is one of my favorite secret places to find a bit of solitude. Centered by a small lake and pond, this pastoral setting has no reference to the thousands that commute nearby. The park is littered with a number of short hiking opportunities, including the Hastain Trail giving you a view of Century City and beyond. Walk around a bit and you’ll find the spot where the opening to the Andy Griffith Show was shot. You’ll find the park to be scarcely used and you’ll rediscover the meaning of the word quiet.

I consider Debs park an inverse relative to Franklin Canyon. Whereas the latter is tucked into the hills, Debs dominates its peak offering views across the region. It also has its own pond of solitude that you’ll want to bring a book and folding chair. Conveniently located off the Arroyo Seco Parkway, this urban oasis occupies a good part of Montecito Heights. If you want to get more into nature, check out the Audubon Center right off of Avenue 52.

You didn’t think I’d leave out our grandest treasure? Sure, sometimes parking is hard to find, but if you’re a veteran, you won’t make the same mistake twice. Boasting a size five times larger than Central Park, Griffith offers plenty of opportunity to get lost, with over fifty miles of hiking trails. Starting behind the zoo is one of the least crowded areas to get away, with the trails leading you up Mount Hollywood(Mt. Lee is where you’ll find the sign). Bronson Canyon is a lesser known pathway on the Los Feliz side with fewer hikers and the experience of walking through the Bat Cave!

Where is your favorite park space to getaway for awhile in Los Angeles? Let us know in the comments below!