Think driving in gridlock on the 405 can be a little tedious? Well, some new technology may allow you to get through the grind a little easier, and hands-free, thanks to new technology created by Bosch and being added to Jeep Cherokee models to be unveiled at the 2015 International CES.

Here’s an explanation of how it works, via Mashable:

“The concept is simple: When a driver manually turns on the system, it will know to follow the car in front and continue along with caution. Bosch said the technology is far safer than relying on the human brain to make quick judgement calls during jams.

The system uses predictive emergency braking, sensors, radar technology and cameras to serve as the eyes and ears of a car. It reacts faster than a human and adjusts accordingly if, for example, the car in front slams on its brakes.” 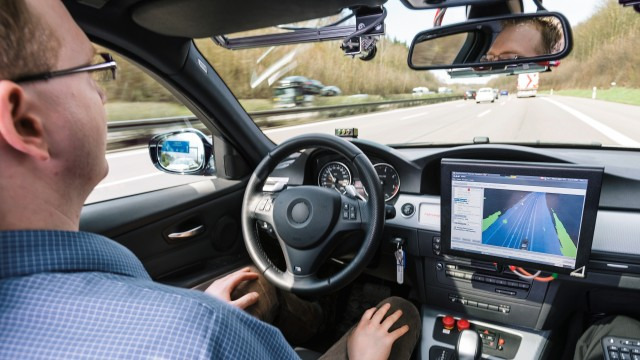 Bosch has indicated that the new tech will be made available later this year in a series of European cars, but has not stated which manufacturers will carry the system. There is apparently no timetable for release in the states, although in previous years there have been sightings of Bosch test vehicles  on the road in California.

According to stats provided by Bosch, there are about 1.3 million traffic fatalities and in 90% of those cases, it is due to human error. Bosch also points to studies suggesting that 72% of rear-end collisions that result in casualties could be avoided with a predictive braking system.

Although there is no clear timetable for when we might see the hands-free system on L.A. roadways, I think this is a move in the right direction for using technology to make our roadways safer (and counteract driver error).

Next step: totally self-driving cars where we can sleep through our commutes!