Where are the Best Christmas Lights in Los Angeles?

NOTE This post was updated on Nov. 27, 2016 with fresh links for a new holiday season.

Scenario: You’re sitting at home on a December evening, bored from your most recent Netflix marathon, but also vaguely feeling the holiday spirit.

A thought enters your mind. We should totally go drive around looking for sweet Christmas lights!

But where are the best Christmas lights neighborhoods and landmarks in Los Angeles? There have to be some good ones, right?

There are, and I’ve put together a brief rundown below.

[RELATED: 20 Christmas Activities To Do In L.A. That’ll Help Bring Out Your True Holiday Spirit] 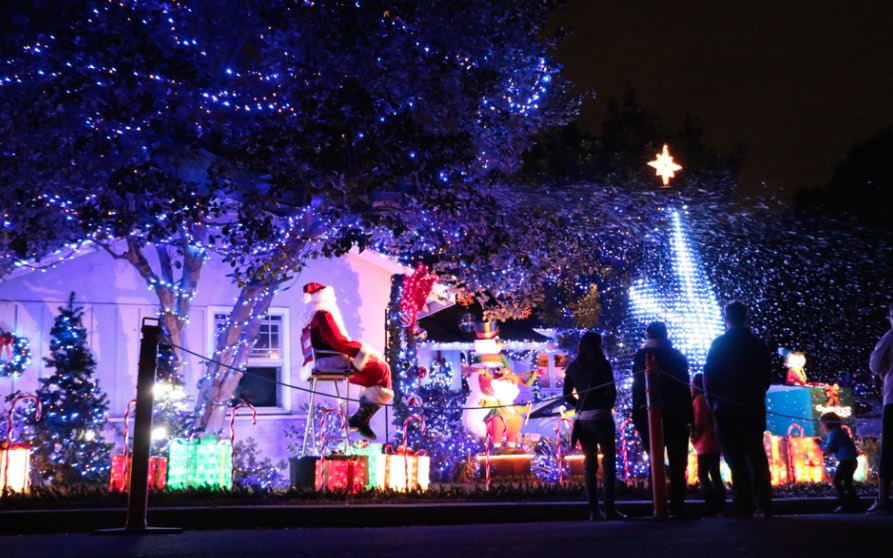 Lights on Display in Sherman Oaks. Credit: Brian Champlin / We Like L.A.

As far as neighborhoods go, it’s hard to beat what Upper Hastings Ranch does up in north Pasadena. Each winter season the residents there coordinate a decorating bonanza that’s been going on for decades. The ‘Light Up’ season begins on Saturday, December 12 at 6:00pm (same day as the nearby Christmas Tree Lane in Altadena). According to the organizers, the best time to see the lights is between 7:00pm and 9:00pm nightly.  Carolers, bands, and sometimes Santa Claus are out the weekend before Christmas.

Another ‘hood you may want to visit is Candy Cane Lane over in Woodland Hills (near intersection of Lubao & Oxnard Streets), where a group of neighbors have banded together much the same as the folks in Hasting Ranch to create an amazing holiday tradition of lights and decorations.

For folks down in South County, there’s also the Sleepy Hollow Christmas Extravaganza in Torrance, which some folks call the South Bay version of Candy Cane Lane.

Finally, as far as individual homes go, I’d be remiss if I didn’t point what Mike Simms does as part of his Lights on Display tradition, which has to be the most bad-ass animatronic Christmas lights show you’ll ever see at a private home. The display includes omputer controlled lighting, DMX controlled intelligent light, and unique animatronic characters all synched to an epic preprogrammed playlist of holiday tunes. The whole show just takes a couple of minutes to play through, but it’s pretty damn sweet.

via Lights on Display / Vimeo

Oh, and the best part about everything mentioned above? All FREE!

For additional neighborhood lights and ideas that may be closer to you, I suggest checking out this handy map created by Nextdoor that’s been crowdsourced with information on house locations and other landmarks featuring holiday displays. Just follow the link and then entered Los Angeles, CA into the search query.

Most (if not all!?!) of the tree lighting ceremonies have taken place already, but as far as events go, let’s start with the boat parades.

And while I know it’s not technically in Los Angeles, the Newport Beach Boat Parade is a 100+ year tradition that takes place over five glorious nights from December 16-20.

From what I recall it’s pretty spectacular, and might well be worth the drive. 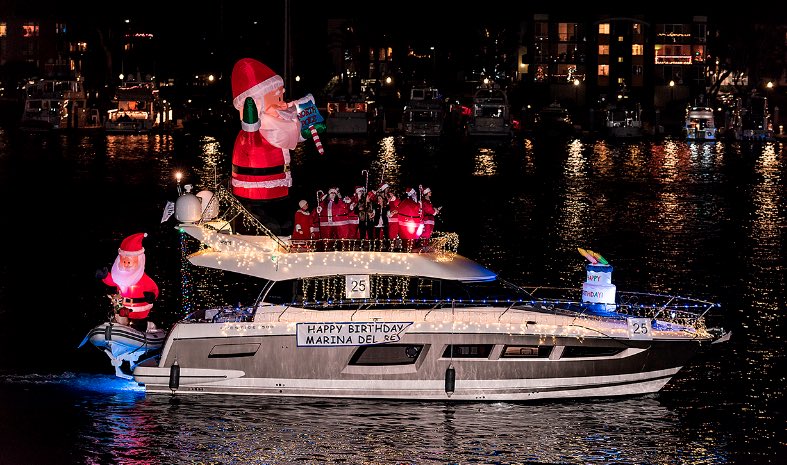 As far as other cool landmarks go, I’d wager the following might be worth checking out depending on your proximity to the location: 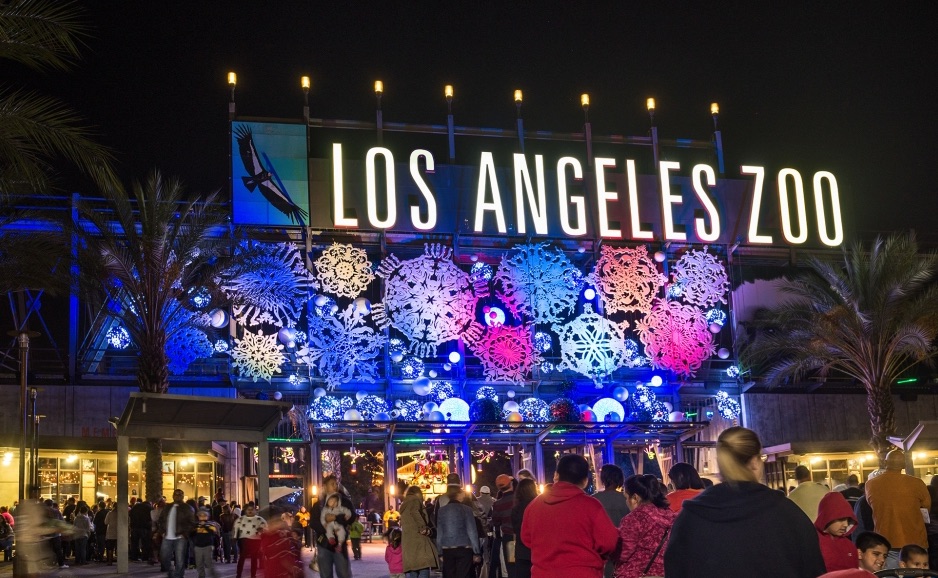 All that said, I know there’s always tons going on within individual communities that doesn’t get highlighted during the Christmas season (or stuff I flat-out don’t know about), so I’m going to put it out there to everyone who is reading this blog post.

Where are the best Christmas lights / decorations / neighborhoods in L.A?

Let us know your ideas in the comments below!