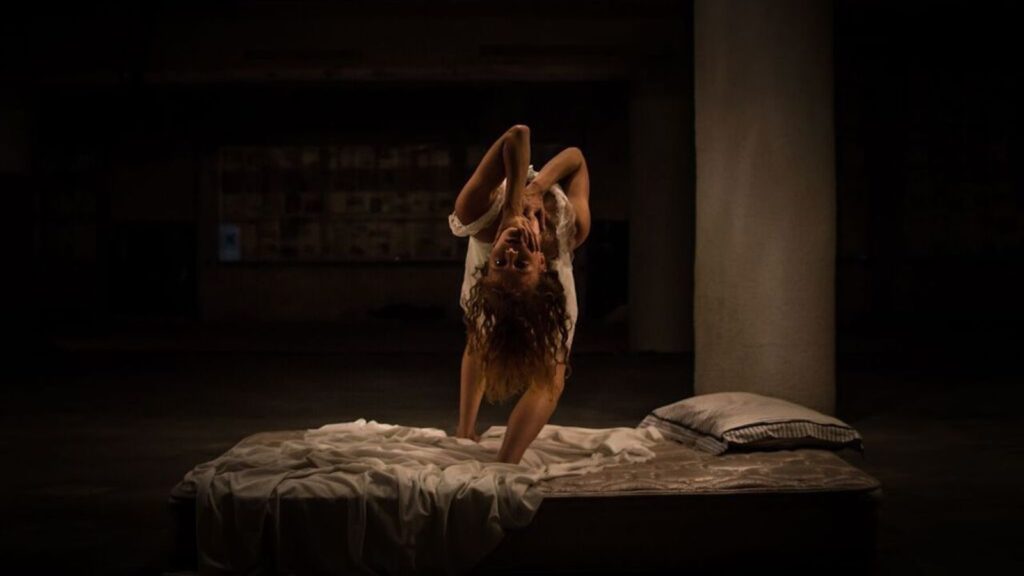 It’s October, which means another year of haunted houses in Los Angeles – which ultimately means another round of the people over at Creep LA trying their best to blow their competition out of the water. This year, those overseeing the nightmare decided that they will go ahead and make it just that – a dream-centric, subconscious, hazy trip into your worst fears while you are asleep. The show, entitled Awake takes you on a 75-minute journey from the bedroom, to the disturbing imagery locked deep in your mind.

If you have never been to Creep before, let us tell you now – this is something unlike anything you have experienced before. Most haunted experiences, in Los Angeles (or otherwise) specialize in disturbing imagery, so that in itself isn’t necessarily distinguishing. However, nothing quite thrusts you directly into the chaos of a horror film quite like Creep, which has you right in the passenger seat of a select story, where you must interact with the crew, complete tasks, and crawl through tunnels in order to advance the production.

This year, you begin ushered into a compact elevator, where you and a small, isolated group of several others are slowly taken up to the fifth floor of a Row DTLA warehouse. The moment the doors open, the madness begins, and in this world, they can touch you. And they do. A lot. The story takes place in what feels like an endlessly vast abandoned warehouse – though the space may not actually be that large, the way it is utilized is incredibly impressive. The story’s progression keeps you hectically navigating through a disorienting series of rooms, passages and scenarios, getting continuously more surreal as it evolves.

Not much can be said about the specifics without going into spoiler territory, but what they’ve got cooked up feels like it belongs on a grander scale than anything they have done in the past, and that includes last year’s likely well-funded collaboration with Amazon. Characters subtly tap and speak to you through the walls provoking a truly maddening feeling in your own head. You are often personally addressed by the crew of the production, making you feel responsible for what happens next. An atmospheric and wildly varied soundtrack throughout coupled with the incredibly well thought out imagery in makeup and special effects makes the $85 ticket feel worth every penny.

Creep is run by Just Fix It Productions, which is responsible for a variety of immersive theatrical productions throughout the Los Angeles area. Founded by Justin Fix, the organization is also known for The Willows, a similarly-atmospheric murder-mystery dinner show that places in a 10,000 square-foot Los Angeles mansion. This production typically takes place earlier in the year.

Shows begin at 6:45 p.m. and start every 45 minutes thereafter with the final showtime varying depending on the night, on occasion going as late as 11:15. You’ll meet up with a group of other participants at the plaza located straight across from Rappahannock Oyster Bar, which is showing support with a special Creep-themed happy hour dinner and show menu – all you have to do is show your confirmation. It is highly recommended that you arrive at least 15 minutes early. Once the tour begins, there are no late entrances, with no exceptions.

For more information, you can visit Creep’s website. Tickets are available here.