BUT… we will need cars.

More specifically, the DeLorean time machine featured in the original Back to the Future film.

This April the fully restored Back to the Future DeLorean will be on view at the Petersen Automotive Museum, marking the first time the iconic vehicle has ever been on view at a museum.

To celebrate the milestone the Petersen is hosting an entire month of Back to the Future themed events including panel discussions, an Enchantment Under The Sea dance, a DeLorean cruise-in, and even a Back to the Future movie night. 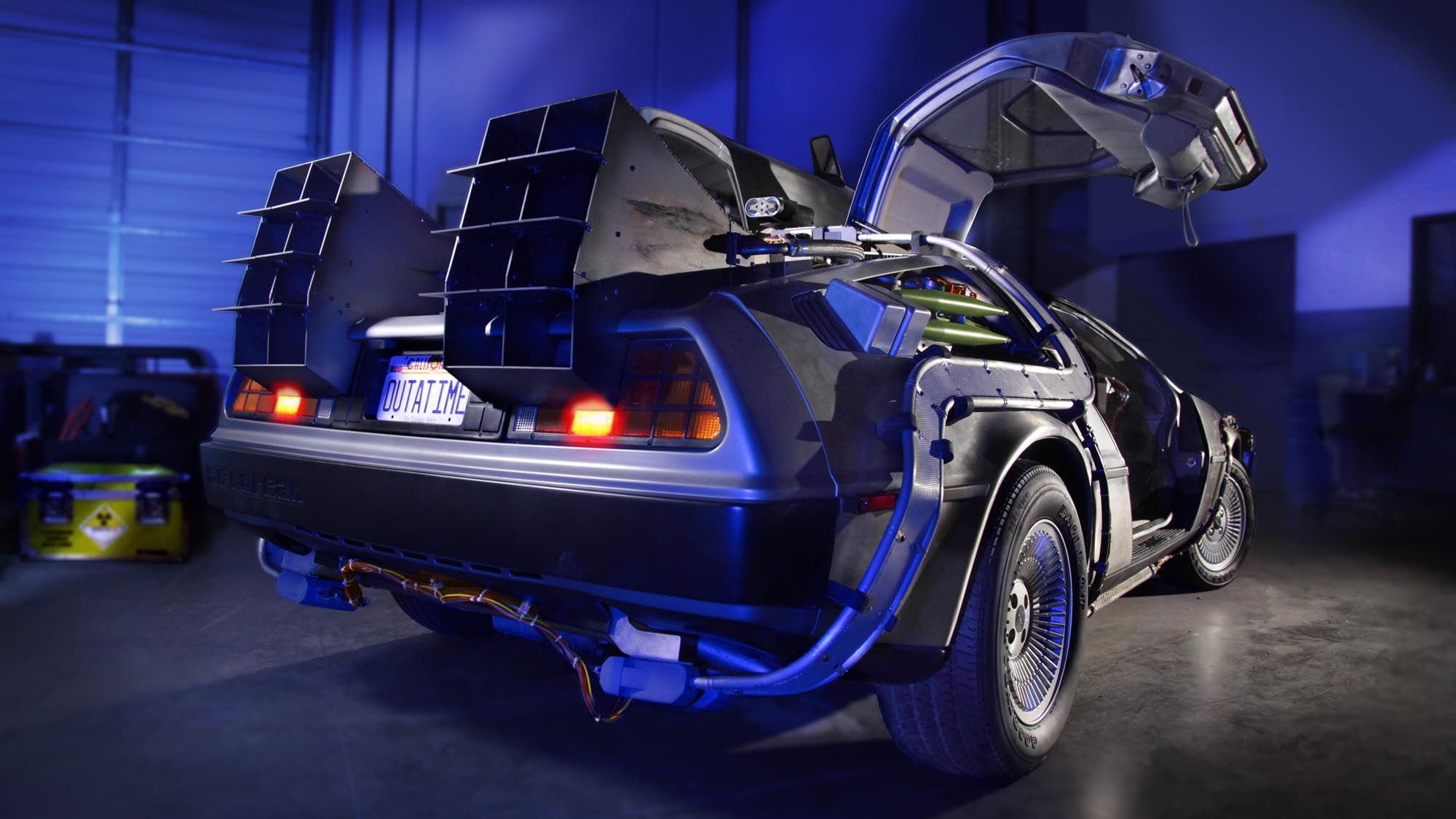 The DeLorean will debut to the public on Friday, April 22 two days after a special museum member and media unveiling on April 20 that includes a panel discussion featuring Back to the Future writer and co-creator Bob Gale, and Universal Studios Hollywood Creative Director John Murdy.

Then on Saturday, April 23, the Petersen will recreate the Enchantment Under the Sea dance (themed out for the 80’s) with music provided by Missing Persons, and Back to the Future tribute band, The Flux Capacitors. If you want to attend the shindig tickets are $40 per person or $20 if you’re a Petersen member.

The day after the dance, Sunday, April 24, the museum will host a DeLorean themed Breakfast Club Cruise-In with DeLorean enthusiasts invited to show off their rides on the third floor of the Petersen Museum parking lot.

And if you can’t make it to any of the opening weekend festivities, don’t worry. Additional events are planned during the DeLorean’s exhibition including a screening of the documentary that chronicles the restoration of the Back to the Future car, and a Back to the Future movie night.

Dates and times for future events are available on the Petersen Museum website as they become available.

The Petersen Automotive Museum is located at 6060 Wilshire Blvd, Los Angeles, CA 90036. Admission is regularly $15 for adults, $12 for students and seniors, and $7 for children.

For information on tickets and planning your visit,  go to petersen.org.

Advertisements
back to the futurepetersen automotive museum