This is What a Trip to an L.A. Escape Room is Like

In the past year or so you may have heard a lot about Los Angeles escape rooms. I know I have.

In fact, it seems like real-life immersive experiences are all over the place these days, especially around Halloween time. From haunted hayrides to terrifying theme park attraction to locked basement scenarios, zombie mazes, detective games, and pretty much everything in between, it feels like every month someone comes up with a new spin on these IRL role-playing attractions.

Well few months ago the folks over at The Exit Game in Monterey Park contacted me to see if I wanted to try out one of their missions.

And since I had never done an “escape room” proper before, I figured what the hell, let’s give it a go!

After agreeing to try out The Exit Game the next step was to decide who I was going to play with. After all, there’s no fun without a team.

I guess I could’ve just taken some friends along for the ride, but I figured this might be a nice opportunity to meet some like-minded We Like L.A. readers, so I put out this call-to-action looking for some players to join me.

A few comments and emails later, we had the optimal group (six players), including a doctor (you know, just in case there were any injuries), and we were ready to rock and roll.

Once the team was selected, we had to settle a specific mission.

The Exit Game currently offers four different scenarios that your team can choose from, including a hidden vault, a magician’s house, and the lair of a super-villain. We ended up playing something called “The Lab” which the creators describe thusly:

“As part of an elite military strike force, your squad has 1 hour to infiltrate Lab 51 and to find out what happened to the alien life form within the lab.  The lab is set to self destruct in 1 hour so time is important.  Discover the secrets of conspiracy theories on what really is in the alien lab.” 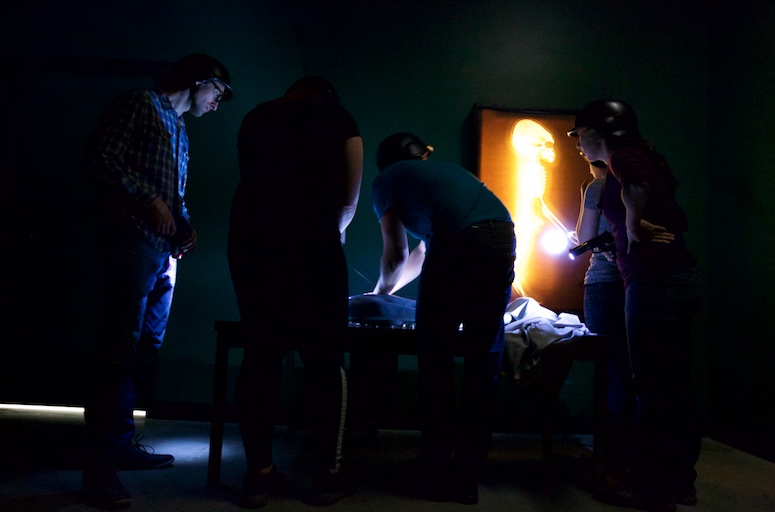 A mission to discover an alien corpse… Creepy!

I don’t want to give too much away about the actual mechanics or solutions to gameplay (no spoilers), but sufficed to say that the mission is essentially a series of chambers that you have to work to unlock, each posing a riddle or puzzle that requires multiple steps to solve.

To start your team is stripped of any potentially helpful personal items (cell phones, wallets, etc…) then shuffled into a room with several locked doors and bunch of strange lettering and codes along the walls. You’re given helmets, flashlights, some vague instructions, and that’s it.

Jeff Hsin, who created the The Exit Game, previously worked at IBM and collaborated with a team of engineers to help construct the 7,000 square-foot game facility. The thoughtfulness behind the design is evident throughout, with tons of subtle clues and hidden spaces to unlock.

Also, there’s a lot of pointing a flashlight around in the dark looking for clues.

In fact if I had to choose a single word to describe this experience it would be simply… puzzle.

Don’t expect to be frightened out of your shoes or be given a heart attack by a costumed character jumping out of the dark to surprise you (there are other experiences around town you can try for that).

Do expect to be challenged mentally. 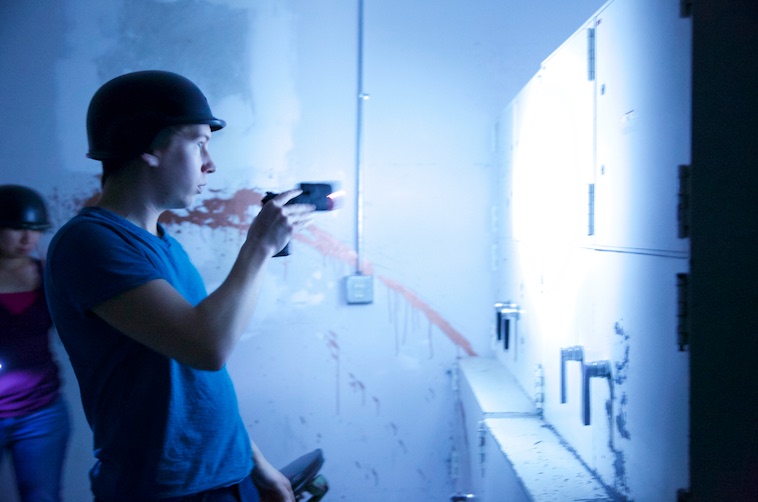 1. Puzzles will challenge you

On their FAQ page The Exit Game states that most people fail their first time. After going through a single run-through, I can see why (even on one of the easy missions).

If I had to do this game on my own, I doubt I could’ve completed it even if given an entire afternoon, let along the allotted one hour provided.

But with the right team? We aced it in well under an hour, with only one section proving to be a major headache to solve (keep in mind this mission was rated as the easiest).

2. Success is all in the team

Not only did we complete the mission, but we did so in a time that put us in the top 10% of all players. Woot-woot!

After the game was over we walked over to a nearby boba spot and talked about what worked and what didn’t. One of the key learnings we arrived at  was that having a team comprised relative strangers was to our advantage. That is to say, having people who think differently about solving problems lets you come at the puzzles from multiple angles at once.

I think it’s safe to say if your group members don’t like solving puzzles, they’re not going to like this. You have to be an active participant to truly get something out of this. 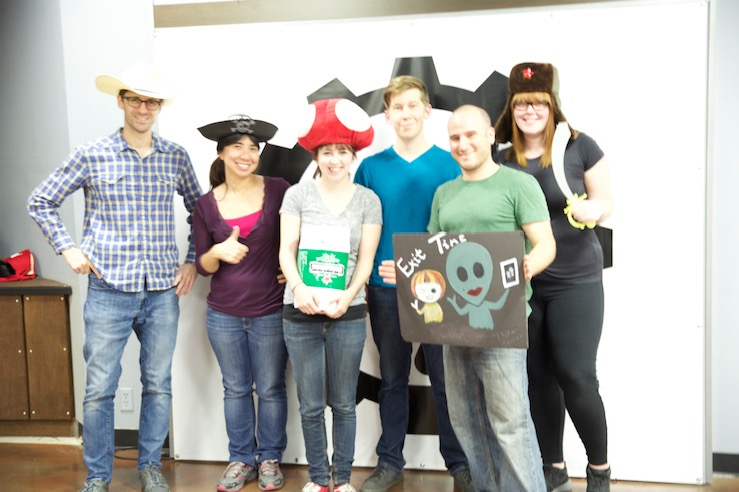 3. Prior experience is super helpful

Several of our team members had done similar exit-room-type experiences in the past, and that certainly helped in fast-tracking our way through the first room. And once we solved the first puzzle as a group, I think we fell into a nice rhythm going from chamber to chamber.

My hunch is that many escape rooms follow similar patterns of mystery / solution, so having done it before is a big time advantage.

Of course, even if no one you know has done one of these escape rooms before, that shouldn’t stop you from getting a team together and trying it out.

Whether you’re team building, looking for a bit of off-beat fun, or you’re just down to try something brand new you’ve never before, I would definitely recommend giving this a try. In the same breath, if puzzles are a complete turn-off for you, or you’re looking for a more passive immersion experience, you may want to look elsewhere.

Want to give it a try for yourself? The Exit Game is located 111 N Atlantic Blvd #148, Monterey Park, CA 91754.Rates for The Exit Game range from $28 – $30 per hour, per player, depending on the mission. For more information, visit thexitgame.com.