The Hollywood Bowl Has Released Its 2018 Summer Schedule 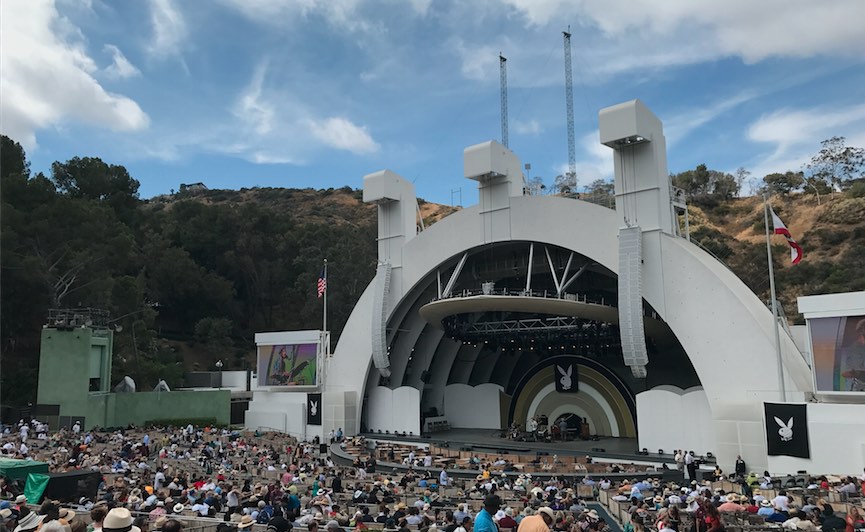 Playboy Jazz Festival at the Hollywood Bowl. Photo by Brian Champlin / We Like L.A.

This is the Bowl’s 97th season, and it officially kicks off on June 16 with the legendary Diana Ross—and it doesn’t slow down from there.

Other big-name acts include Rod Stewart and Cyndi Lauper, Jennifer Hudson, Kenny Loggins, Seal and Corinne Bailey Rae, Randy Newman, Queen Latifah and Common, Beck, Ozzy Osbourne, and the Dave Matthews Band. There are also a number of celebrated indie acts, including Grizzly Bear with TV on the Radio and Kaitlyn Aurelia Smith, and Father John Misty with Gillian Welch. This year’s 4th of July event, complete with a fireworks spectacular, will feature The Go-Gos.

There are also, as usual, several nods to cinema. June 30th will see a 40th anniversary celebration of the musical movie Grease, with a ‘Sing-A-Long’ screening. Fans will also be able to immerse themselves Patrick Doyle’s Harry Potter and the Goblet of Fire soundtrack, or attend a live performance of the musical Annie. John Williams fans have multiple chances to hear the composer’s famous scores, with separate showings of  Jaws, Star Wars: A New Hope, and The Empire Strikes Back in August. John Williams will also conduct a three-night engagement of his many soundtracks, celebrating the 40th anniversary of his own Hollywood Bowl debut.

Conductor Gustavo Dudamel will conduct a celebration of composer Leonard Bernstein’s music featuring Kristin Chenoweth and Brian Stokes Mitchell, as well as Verdi’s Otello and Tchaikovsky’s The Nutcracker (yes, in the summer). A variety of world, jazz, and classical performances round out the packed season.

Tickets in groups of five or more go on sale March 20, while single tickets are available starting April 29. Subscription tickets can be purchased now. See a complete list of the 2018 summer season here.