9 Ways L.A. Would Be Different If It Actually Snowed Here

It never snows in Los Angeles. Except that it does! At least, it did – Januarys of yesteryear yielded surprise snowstorms that amazed and overjoyed angelenos with anything from a dusting to a solid couple of inches. But yeah, it’s been awhile.

We have had six memorably fluke storms recorded, including the biggest, baddest storm in L.A. history: three days of snowfall starting January 10, 1949. Resulting in less than an inch downtown, but nearly a foot in surrounding parts of the county.

So it snows here, but not at all frequently. The last real snow storm was in 1962 and our strange little spectacle of fluff falling from the sky on December 30, 2014 sparked some curiosity among L.A. residents. Could the first snow in nearly fifty years be a precursor to more of the same? And what would that be like?

Aside from the widespread freakout that would surely occur, there are at least a handful of good things to be said for a culture of winter snows in L.A. Sledding in the Hollywood Hills, making snow angels in the city of angels – I mean, come on.

So let’s engage in a little thought experiment. What if it did start snowing in Los Angeles? What if it’s been snowy here since, like, the beginning of time, and was an annual part of our winter experience? 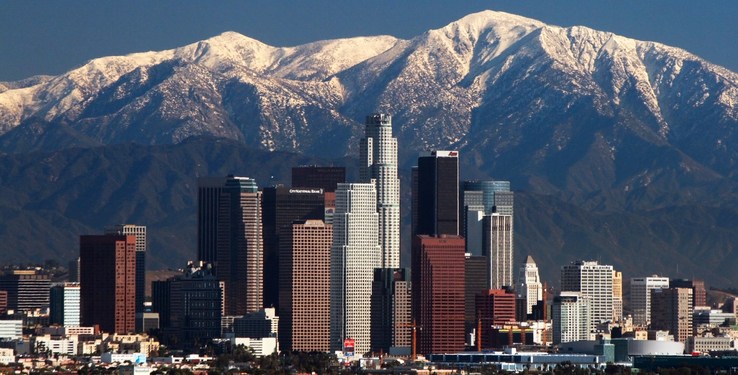 Traffic: It Could Go Either Way

Granted, the initial surprise of white stuff caking the earth would leave thousands stranded on the side of the road, fashioning tire chains out of palm bark. But after that, the 101 is free and clear for everyone who ventures that far. A thing of beauty.

Imagine: a whitened landscape of ramps and six-lane highways, as far as the eye can see. Now that’s a Winter Wonderland. And you would definitely want to be walking in it.

And if you live in the hills? You’re basically stranded.

Big Bear? What Big Bear? We got our own snow-covered mountains! Finally, a chance to whoosh our way through those hiking trails and carve a wicked turn on the Old Zoo switchbacks. All we gotta do is build a few lifts. Easy.

Not to mention iconic views of LA, Burbank and the Hollywood sign as you ride up.

You know those “seasons” we’re always wishing we had?

Now our collective midwest/northeast/Canadian roots can finally indulge in nostalgia at Christmastime. Enough with a year-round temperate climate, low heating and cooling bills, and oranges fresh off the tree. This city of unique, free-spirited individuals wants weather like everyone else’s!

We angelenos do love our boots. Imagine a weather pattern in which we actually need to wear them – for warmth and stuff. Keeping dry. Add some fake fur, scarves that reach your toes, a pair of swank mittens and it’s layering, layering, layering until the sun comes out.

Now imagine that with a light dusting of the white stuff coming out of the sky… Magical.

The flat tops of our houses and apartment buildings would need a makeover, or risk the weight of the snow bringing the roof down! Imagine neighborhoods being reshaped with pointy roofs and snow-friendly architecture. 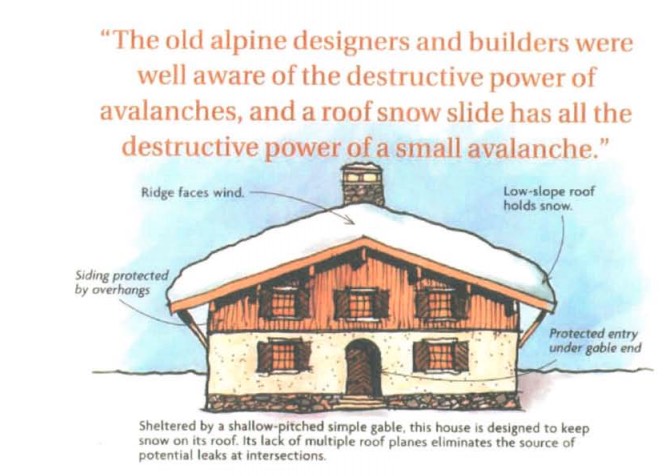 Nobody understands that 50 degrees feels really cold here. Maybe if we had some snow once in awhile, other parts of the country would take us a little more seriously. With temps swinging from 60 degrees at Christmas to below freezing on New Year’s, we can finally whimper to our Facebook friends who are shoveling out in Michigan or affixing snow tires in Maine. Right?

Oh well, at least our local friends will understand us.

Candles and Fires and Togetherness, Oh My!

Alternating community engagement and debilitating loneliness as power outages force us to connect offline. Maybe someone has a generator leftover from Y2K. It’s one way to meet people.

The increase in frozen weather events results in jobs for the snow-clearing, salt-spreading, storm preparation industry. Pretty much an ideal gig for actors, since working in the wee hours means you definitely won’t have to cut out early for an audition.

Not to mention all the kids who will get their entrepreneurial start shoveling driveways. And skiing – don’t forget the skiing! Someone has to build those lifts, lodges and paths.

The final coat on our wintry weather snowball is everyone’s favorite thing. Free vacation! From work, from school, from any non-essential activity. Everything shuts down when it snows – at least it does in L.A. Usually right when you run out of toilet paper.

So make sure and stock up on that. And milk. And bread.

L.A. weather has its quirks, not the least of which is the highs and lows of winter temps. As my roommate put it the other day:

Do you ever wish it snowed in Los Angeles? Let us know in the comments below!