While some Koreatown restaurants offer a bevy of options that easily overwhelm a novice K-Town diner, BongChu has no such issue. In fact they only serve one thing, and that’s their jjimdak.

Jjimdak is a braised chicken dish from Andong, South Korea with vegetables and glass noodles made from sweet potato starch.

At BongChu, you’ll choose between bone-in or boneless chicken and your preferred of three spice levels. There are two sizes: couple ($26 bone-in/$28 boneless) and family ($38 bone-in/$40 boneless). The portions are large, and you’re definitely going to want to save some for later. The chicken is tender, and the thick sauce is savory and slightly sweet. There are carrots, onions, peppers, and massive chunks of potatoes. For an additional fee of $2 each, you may add rice cakes and/or mozzarella cheese, which is shredded overtop. 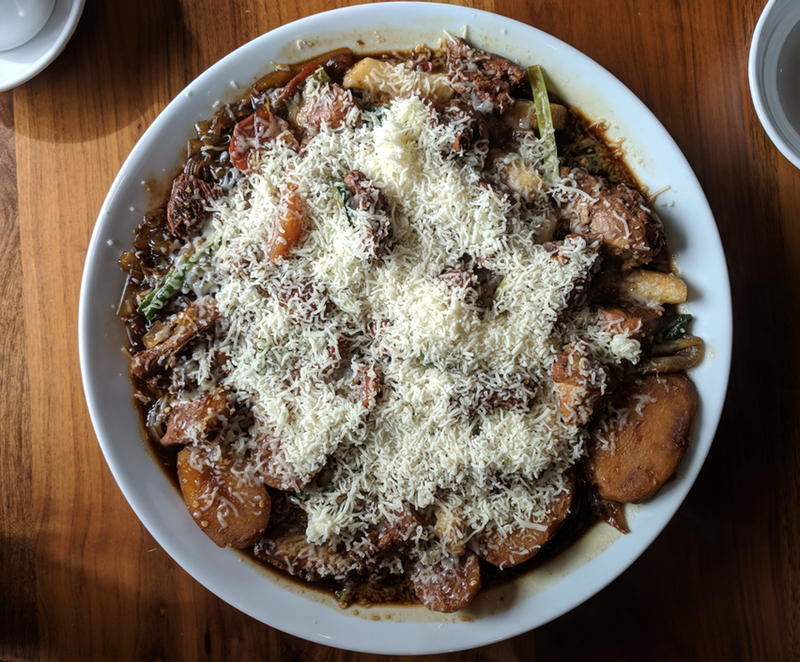 You’ll find scissors and tongs in a bucket on your table to root out and cut the glass noodles hidden beneath the sauce and vegetables. There is only one side dish: a radish soup known as dongchimi, served cold. 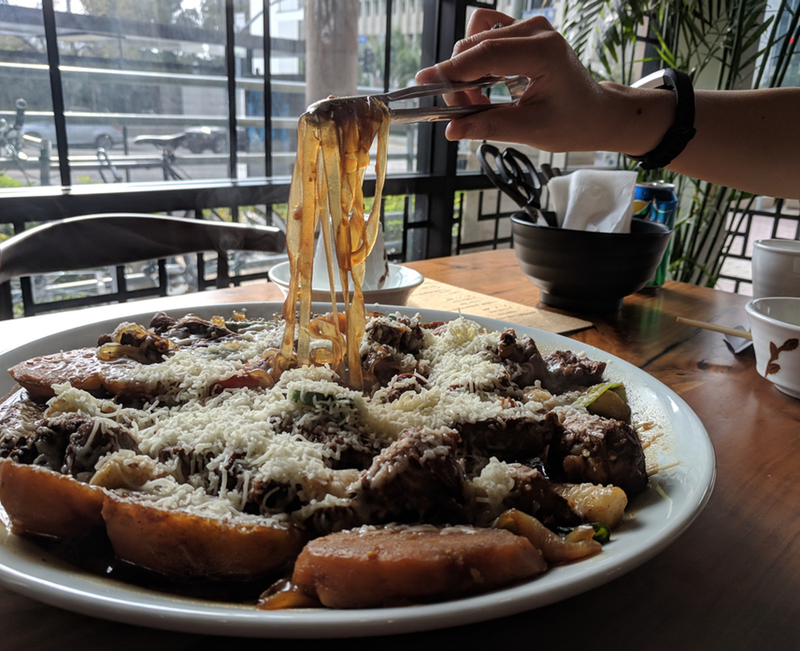 Then comes the best part. Remember how we suggested you save some? For $4, you can order scorched rice with seaweed and kimchi. Your server will snip the remaining noodles as they mix in the crispy, chewy rice with the leftover sauce, chicken, and veggies. This ensures none of the dish goes to waste, and it adds a crunchy texture. 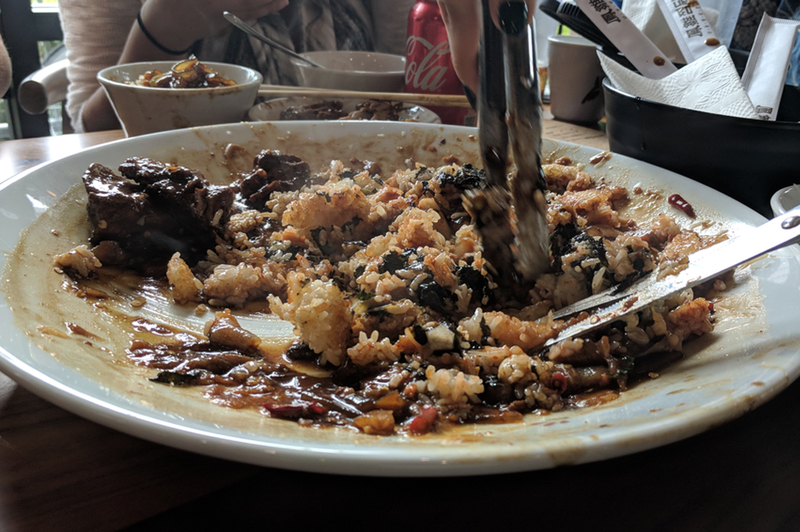 BongChu takes over the space formerly occupied by Pieology in the Brown Derby plaza near Wilshire and Normandie (which means you can get Honeymee for dessert). While BongChu has several locations in Asia, this is their first U.S. location.

BongChu is located at 3377 Wilshire Blvd. in Koreatown.