The kickoff festival on Saturday, June 18 takes place at the L.A. Center Studios in DTLA from 1- 4:30 p.m. with tastings from more than 80 brewers along with food truck fare, panel discussions and musical performances.

Among the food options on hand will be standouts BrewWings and The Oinkster.

The Firkins and Foeders– whose motto is “Drinking Beer to Make Music to Drink Beer to”- is set to perform and there will be a special performance by group of L.A. Brewers in anticipation of the third annual Battle of the Brewery Bands. The event is hosted by Eagle Rock Brewery and will feature a photo booth, games, and other activities. 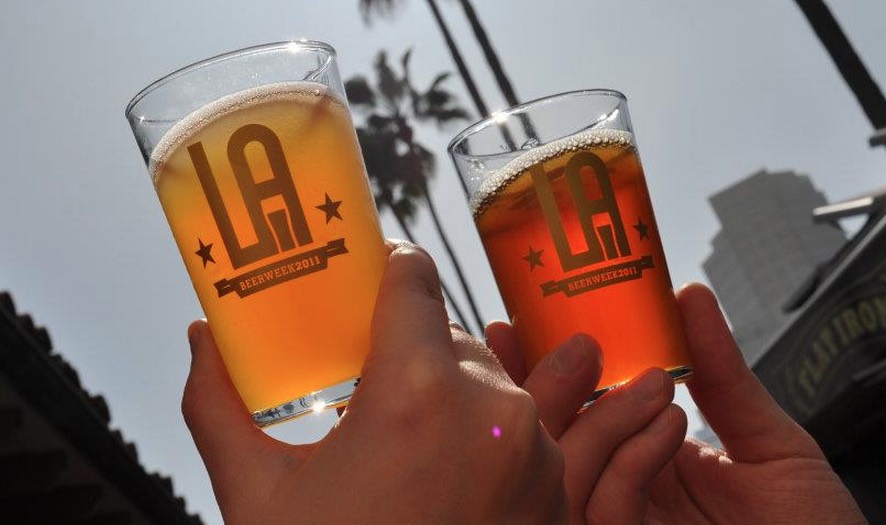 “The LABW Kickoff will be a true celebration of how far L.A. beer has come to be a destination for locally produced craft beer,” said L.A. Brewers Guild executive director Frances Lopez in a statement, per the LA Times. “This year’s L.A. Beer Week will also end with a bang with Sierra Nevada’s Beer Camp Across America tour stop in Long Beach.”

A portion of the proceeds will benefit local nonprofit Food Forward which provides fresh produce to families in need.

Tickets can be purchased here.

The Best Things to do in L.A., straight to your inbox! Sign Up For Our Email List And You Receive...

- Two emails a week, Monday AM and Thursday AM.

- Occasional emails with special offers and messages from promotional parters.

Basically, just think of us as your friend making some fun suggestions for what you might like to check out this day or week or month in L.A. Sign-up in the form below to join over 66,000 Angelenos who already subscribe! NOTE: If you already receive our weekly newsletter and want to update which additional emails you receive, simply click 'update subscription preferences' in any email we've sent you to change your subscription settings. Remember, per our privacy policy, we respect the fact that you’re trusting us with your personal info and will never share your email information.
beerdtla