California’s Department of Transportation plans to purchase land for the development of a six-to-eight lane, 63-mile freeway in the Inland Empire, according to an in-depth report by the Los Angeles Times.

The freeway is part of an $8 billion High Desert Corridor project that would also involve rail and bike paths, and would connect Palmdale and Lancaster to Victorville, Apple Valley, and Adelanto.

Ideally this new freeway would reduce congestion in the area, including on the 210, 10, and 60 freeways. According to Ryan McEachron, coordinator of the joint powers authority working with DOT, the freeway could be open sometime within the next 20 years. 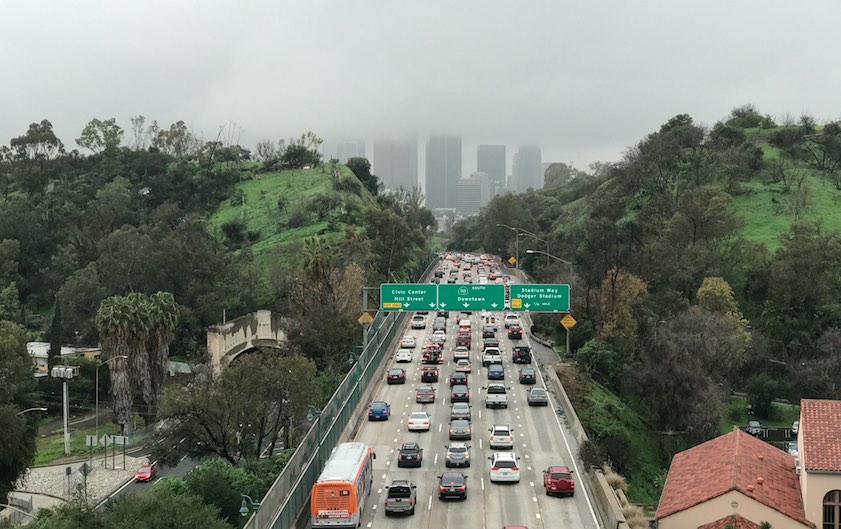 The 110 Freeway leading into Downtown. Photo by Brian Champlin / We Like L.A.

Opponents of the project argue that a new freeway would cause additional air pollution and increase sprawl, turning areas of scenic desert dotted with Joshua Trees and home to wildlife into bustling off-ramps crammed with gas stations and fast food drive-throughs. Though the project’s Environmental Impact Report has already been approved, Climate Resolve, a Los Angeles-based nonprofit founded in 2010 to fight global warming, has filed a complaint with the Los Angeles Superior Court contesting it. They are currently seeking donations to help them continue to fight the High Desert Corridor.