This is What a 600 lb. LEGO Replica of The Queen Mary Looks Like

Never been to the Queen Mary?

The model, which is about 40 times smaller than its real life counter part, was created by a professional LEGO building company based in the U.K. called Bright Blocks.

It took seven crates to transport the replica (via airplane) overseas and each of the 250,000 individual LEGO parts had to be carefully reconfigured upon arrival in Long Beach earlier this month.

Although popular culture tends to immortalize the Titanic as the pinnacle of early 20th century cruise liners,  the truth is the Queen Mary, launched some 23 years later, pretty much blows her out of the water (pun intended).

The Queen Mary was not only more than 120 ft. longer than Titanic, it also had a rudder that was a full 40 tons heavier, a top speed 7 knots faster, and (of course) more than double the lifeboat capacity.

During World War II, the Queen Mary was refitted to serve as a military transport,  carrying some 765,429 troops throughout the war and ultimately given the nickname ‘The Grey Ghost’ because of her size and speed (and the fact that they repainted the entire ship a grayish color).

What I find most interesting about the Queen Mary is that since being decommissioned in 1967, ending up in Long Beach, becoming a floating hotel and event venue, millions of people (way more than ever traveled on her when she was in use) have stood on her decks and enjoyed the beauty of her build.

I definitely recommend checking it out if you haven’t been at least once. 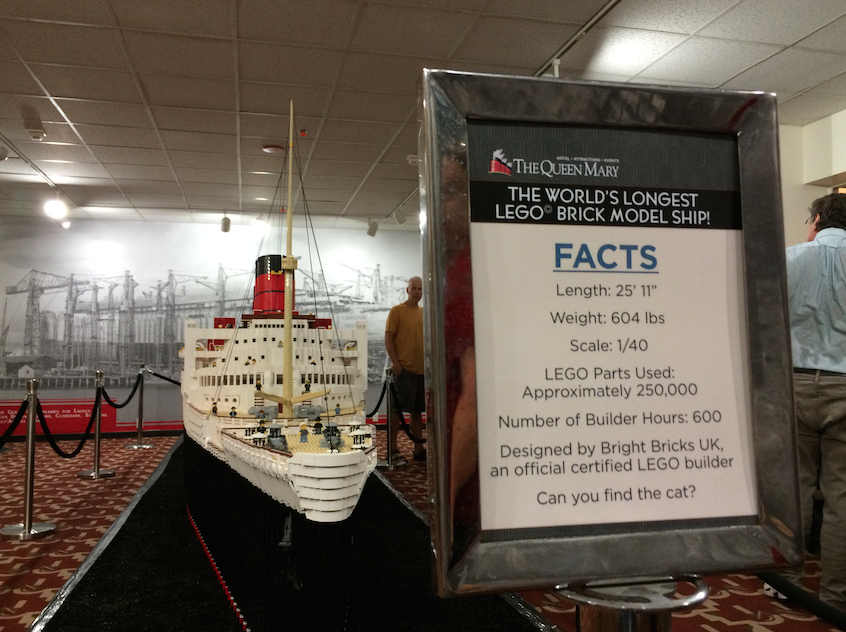 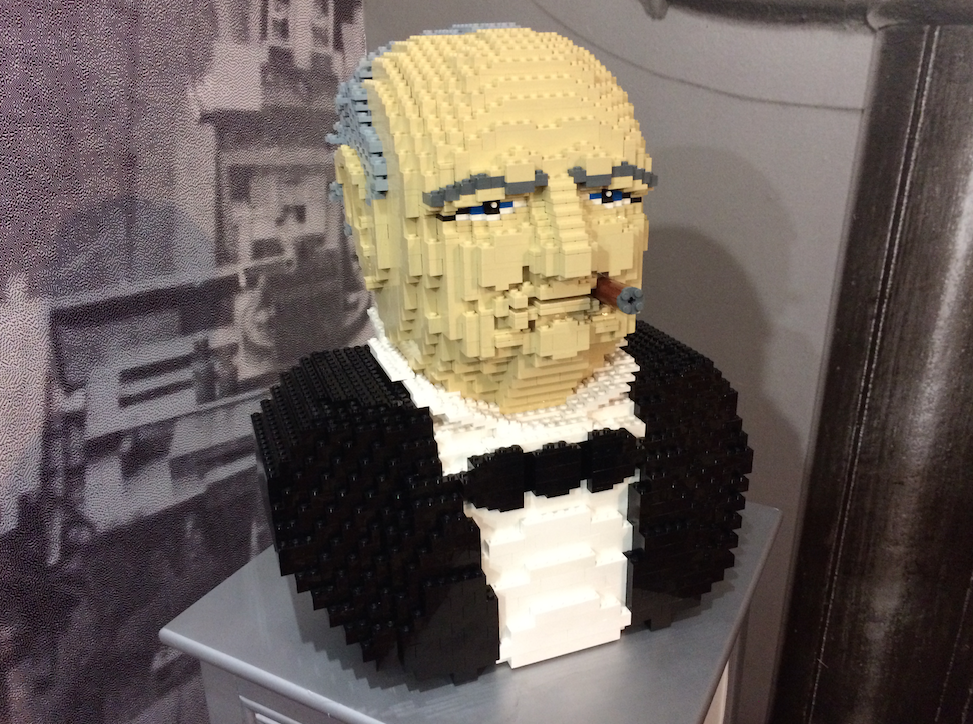 My favorite part of the exhibit, A LEGO version of Winston Churchill. Credit: Brian Champlin 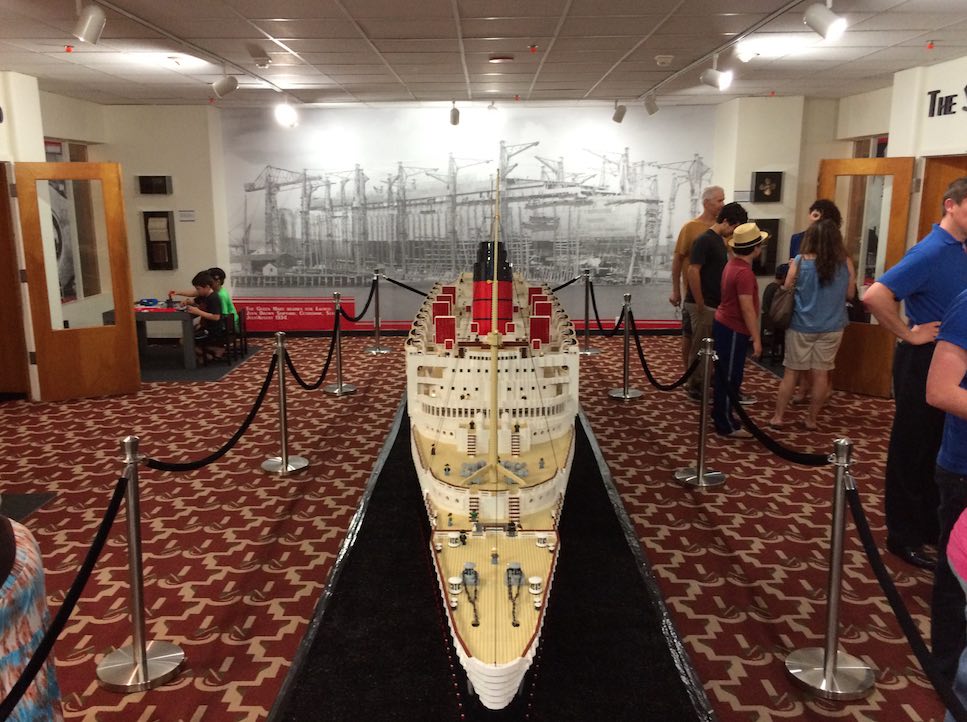 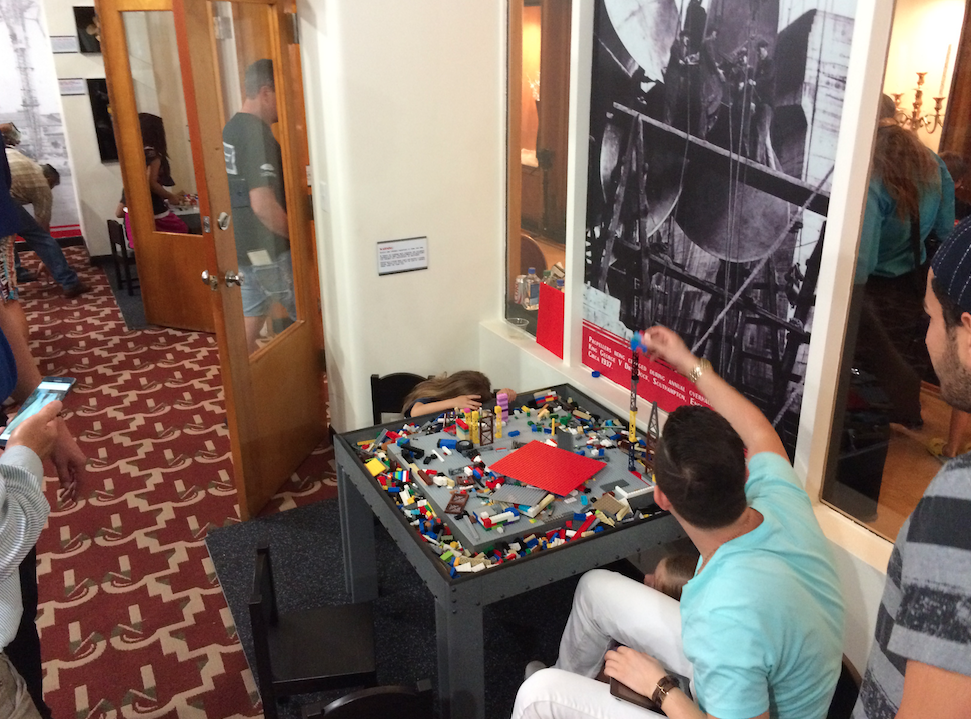 There is even a play area for the kids.

The LEGO replica is now a permanent fixture on board the Queen Mary, and is viewable during any normal paid visit or for hotel guests to check out.

For more information and to plan a visit to the Queen Mary in Long Beach, visit the official website.