Each year Los Angeles is one of hundreds of cities across the country that offers annual festivals and events to entertain the masses. Sometimes the choices can seem to be endless. The time and energy to find the right festival can be draining. But there is a way to narrow down your choices depending on your interests and tastes. Whether you enjoy food, music and everything in between this list will help you to sift through the festival dust to reveal the best one for you.

[Please note, we’ll be updating this post adding more and more options to make the content more valuable. If you have feedback on which festivals or annual events should be added, let us know in the comments below. Consider this a living document!] 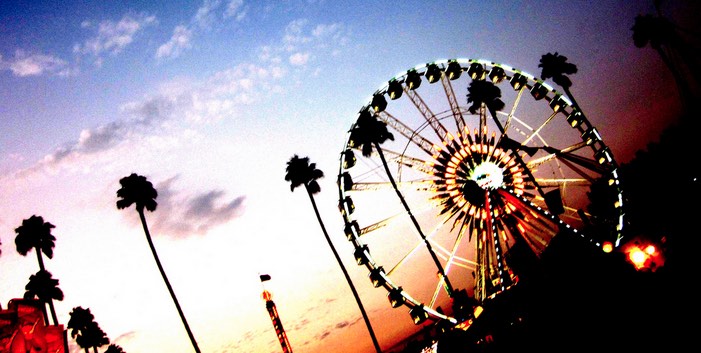 Artists and galleries from all over the world are represented at this annual show. The galleries represent diverse art genres including modern, contemporary, historic and traditional works, as well as works on paper, sculpture and installations. The Los Angeles Art Show is an excellent event for art collectors and aficionados alike. The show gives the public an opportunity to be the first to preview art from top galleries. But not only art is represented here, art lovers can also enjoy culinary delights and specialty beverages courtesy of L.A.s finest restaurants. In 2014 all ticket proceeds supported St. Jude Children’s Hospital.

The 3rd Annual Bacon Festival honors all things bacon, both sweet and savory. It’s s held on the beautiful Paramount Studios Lot every February. The bacon vendors are some of the most coveted in Los Angeles, including the famous Belly and Snout Restaurant. In addition to the awesome bacon selections the festival boasts over 20 breweries. Since the festival has limited admission, tickets sell quickly so it’s best to plan ahead.

The Festivals of Colors is described as the world’s happiest event. The festival is a celebration of ancient Holi tradition celebrated in India. The tradition announces the arrival of spring and the passing of winter. Festival attendees gather in small groups to sing, dance and throw colors on each other. It’s an awesome sight to see, young and old alike are covered with colors (red, green, yellow, blue, black and silver). The festival also offers vegetarian food and joyful musical entertainment. Make sure you buy your environmentally safe colors on the Festival of colors website in advance.

The Cowboy Festival attracts thousands of cowboy lovers every year. Santa Clarita is home to dozens of cowboy ranches, so naturally the city is a great fit for the festival. Although some of the events have changed over the years, Santa Clarita’s Cowboy Festival delivers an awesome, multi-day lineup of music, food, entertainment and activities for Western enthusiasts of all ages. The Cowboy Festival is a celebration of Santa Clarita’s Western history – from art and music to film and television. Festival goers are transformed to the authentic Old West through music, poetry, cowboy gear, food and storytelling.

The Original Faire began in 1963, initially started to serve as a historical education for families. The idea gained popularity and spread across the nation. Faire visitors often dress in Renaissance apparel and vendors create and sell items from days of old. The Faire offers activities such as Archery, Braids for Maids, Tea with the Queen, and Knife throwing. For your eating pleasure don’t forget a succulent fat Turkey leg or two. Make your very own Venetian Masks, Leatherwork and Baskets. Entertainment includes The Jousters; a performance combining art and combat, theater and sport with powerful horses.

If you are a fan of Mariachi music then this is the festival for you. The lovely sound of the Mariachi is featured at the annual Mariachi USA Festival held at the Hollywood Bowl. This 25 year old tradition unites Mariachi bands from the US and Mexico. Some highlights include folkloric dancers and a performance by the The Mariachi Foundation children’s Mariachi band. The festival culminates in an exciting fire work extravaganza.

For each of the past 5 summers KCRW has put on a series of outdoor shows featuring live band performances and DJ sets. They usually start in July and run through September, but 2015 dates have yet to be set. Of course the best part is these shows are all-ages and they’re all free!

The Long Beach BBQ Festival doubles as a BBQ competition. Some of the best BBQ restaurants in the West show up to offer their best BBQ recipes. If you want an all you can eat and drink experience sign up for The Rib Village. The festival entertainment reflects the spirit of the festival featuring blues, jazz and zydeco. After a day of eating BBQ, the entertainment will make you want to dance the night away.

The Day of the Drum Festival is one of the few free festivals in the city. This festival celebrates the contribution of drums and drummers to the world cultures both past and present. The historic Watts Towers is the host of the festival and serves as a perfect backdrop. The festival is also a great place for food with several local food vendors present. The very next day is the Simon Rodia Watts Towers Jazz Festival tribute to the American music featuring  jazz, gospel and rhythm and blues. The back to back festival weekend is commonly referred to as the Watts Tower Festival.

The Los Angeles County Fair is the fair of all fairs. There is so much to do that you can easily spend an entire week enjoying all the events. The LACF provides entertainment and food from various cultures. The popular concert series featured Earth, Wind & Fire, Heart and Boyz II Men last year. There are fun rides for the kids and adults as well as farm animals and aquatic creatures on the grounds. The fair would not be complete without food. Selections range from standard fair treats like funnel cake, to a full gourmet experience. Good news for those of us who hate traffic, the MetroLink provides late night service from Union Station to LACF on weekends.

The Redondo Beach Lobster Festival is about more than just lobster. It celebrates life in the surf and sun. The festival features food from highly rated restaurants including a local Redondo beach favorite, Kincaid’s Restaurant. The lobster festival includes an awesome selection of craft beers to accompany your lobster feast. Enjoy activities like Stand Up Paddle Board lessons and the 62 mile Rat Beach Bike Tour. Don’t forget to enjoy the awesome bands and festival vendors.

With German, Belgian and various other craft beers on 20 taps, plus traditional Bavarian food faire and of course the dancing and the signature style, the Alpine Village Oktoberfest is an annual tradition worth partaking in. In terms of top-notch Oktoberfest options in the greate L.A. area, you’re probably not going to find one more enjoyable and with a longer running tradition. Starts on Sep. 11th, 2015, and runs through Halloween.

Internationally recognized as one of the premier automobile events in the world, where else but in the city that defines the car should spectators get a first look at what’s next in the design and technology of our next generations of motor vehicles.

The Los Angeles Tamale Festival strives to continue the tradition of tamale making and that’s a good thing since tamales are so delicious. If you enjoy tamales more than most of us, sign up for the tamale eating contest. There’s also a “biggest tamale” contest for the tamale chefs to prove just how big a tamale they can cook. In addition to the tamales, enjoy the Artesania craft vendors, entertainment and fun kid activities like face painting.

Billed as the largest ramen festival in the United States, Ramen Yokocho has served tens of thousands of eager ramen lovers in the past two years at festivals in Torrance, Little Tokyo, and Santa Anita Park. Their next event is the ‘Ramen Championship’ coming back to Santa Anita Park at the end of March.

Don’t be shy, share some of your favorite Los Angeles festivals and annual events with the rest of us so we can add them to this list!