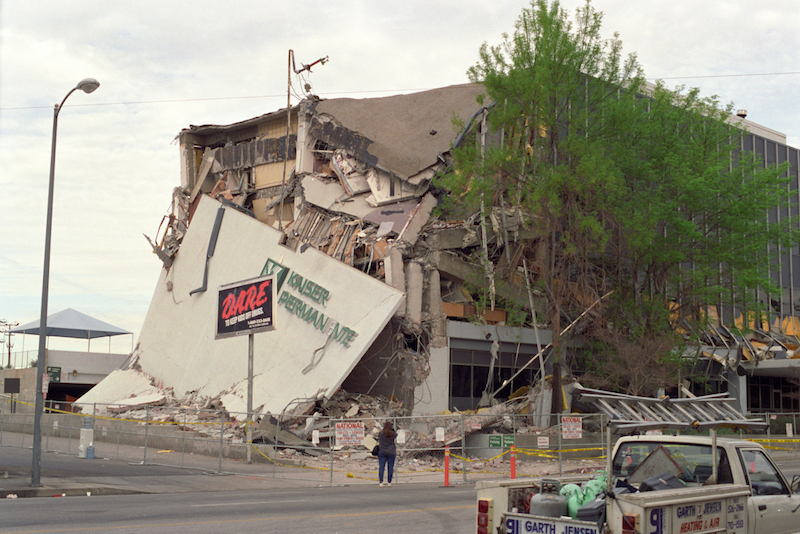 The Kaiser Permanente Building after the Northridge Earthquake of January 17, 1994. Photo by Gary B. Edstrom / public domain.

A new map via the California Geological Survey will let you know if a property is within an earthquake hazard zone, providing a handy resource for developers and potential home buyers. According to the Los Angeles Times, these maps existed in physical or PDF form in the past, but this is the first time they’ve been available in interactive map form.

To use the map, just click here and put in your address. If you live in a hazard zone, that means you live in an area where the ground may break apart in the event of an earthquake.  The color-coded map will show you in what way that may occur in a given area.

You can even search by parcel. Screenshot via CGS.

According to the CGS:

Earthquake hazard zones define areas subject to three distinct types of geologic ground failures:
1. fault rupture, where the surface of the earth breaks along a fault;
2. liquefaction, in which the soil temporarily turns to quicksand and cannot support structures; and
3. earthquake-induced landslides.

So, what good is this tool, other than for scaring you? Well, it’s especially useful for developers and those looking to buy a home. Developers can then request additional studies or investigations to determine risk and, if necessary, take additional safety precautions or build somewhere else.