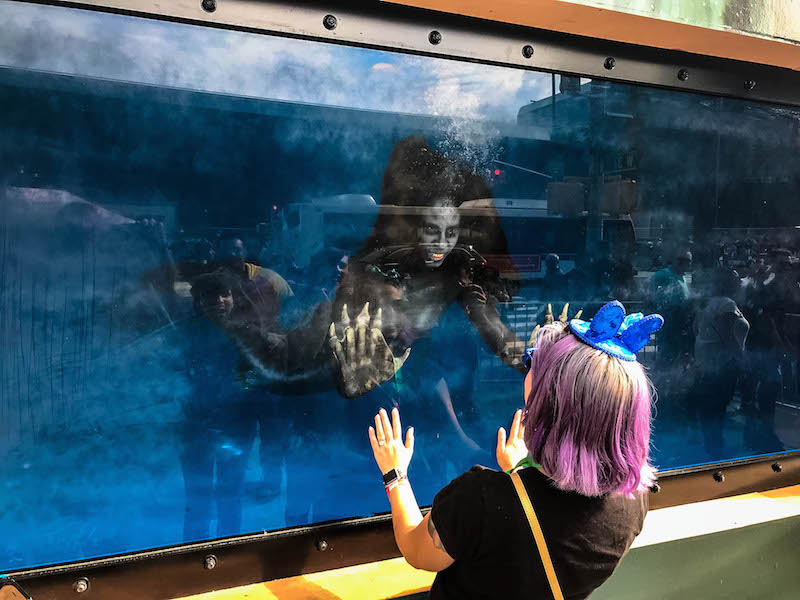 Another Instagram-friendly pop-up is about to surface from the briny depths. POPSUGAR x Freeform Mermaid Museum will breach at Goya Studios this month, offerings guests a chance to selfie with the merfolk of Bristol Cove. The museum is an installation to promote Freeform’s upcoming series, Siren.

In Greek mythology, sailors were warned to steer clear of sirens. Half-women, half-bird, their ethereal songs would lure sailors to their demise. In Homer’s The Odyssey, Odysseus instructs his men to plug their ears with wax and tie him to the ship’s mast, to prevent them from hearing and him from answering their deadly call. The siren is often lumped in with the half-fish mermaid who has, unlike the siren, enjoyed a more positive reputation. After all, what’s not to love about Ariel wondering what to call a fork? Yet Freeform’s Siren makes the mermaid something to be feared again.

Siren stars Eline Powell as Ryn, a mysterious woman who arrives in the small coastal fishing town of Bristol Cove. The town has long capitalized on its reputation for being the town of merfolk, not unlike Roswell’s hawking of alien and UFO wares. The trailer indicates Ryn is about to wreak some serious havoc on this sleepy maritime hideaway. You might recognize Powell from Game of Thrones, where she played Bianca, a jealous actress who hires the Faceless Men to take out her rival, Lady Crane.

According to a release, guests to Mermaid Museum will find many interactive, Siren-inspired moments. These include a photo spot that allows guests to look as though they’re floating in an underwater garden; a 360-degree animated underwater projection and soundscape; a ‘scale’ wall made from sequins; and a live ‘mermaid.’ Another room operates as the Bristol Cove Mermaid Store, where actors will show guests various artifacts from the town’s history and banter via mermaid-related gossip.