How’s this for a holiday gift from the city of Los Angeles: Enjoy a few drinks this Christmas Eve or New Year’s Eve without worry about finding a designated driver or dealing with Uber and Lyft surge pricing.

As in years past Metro will be offering fare-free rides late into the night on both holiday evenings. On Christmas Eve, Metro rail and bus lines will be free of charge from 9 p.m. until 2 a.m. on December 25.

Then, on New Year’s Eve, ride Metro rail and bus lines free of charge from 9 p.m. until 2 a.m. on January 1, 2018. All rail lines will run every 20 minutes. All Metro Rail Line Stations with fare gates will be unlatched and fare boxes and validators will not deduct fare. 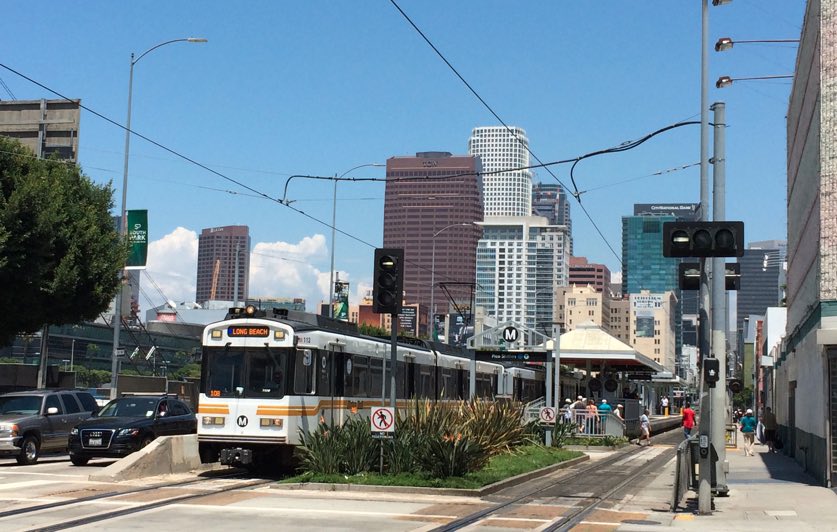 On NYE, in addition to the free hours from 9 p.m. until 2 a.m., Metro will operate 24-hour, overnight service on Metro Rail, plus the Orange line (the rapid bus line that makes its way across the Valley from North Hollywood to Woodland Hills or Chatsworth) and the Silver line (a limited-stop bus line which travels from El Monte and Downtown L.A. all the way to San Pedro). Get more details on riding Metro on New Year’s Eve here.

If your New Year’s Eve plans include attending the N.Y.E.L.A. celebration at Grand Park, you’ll be happy to know that there will be enhanced Metro rail service to accommodate the thousands attending the free DTLA festivities. In addition, show your TAP card at a Grand Park information booth and get a free pair of 2018 party glasses.

As always stay safe, and enjoy the holiday festivities as we mark the turn to 2018.