This is Where You Go in L.A. To See a Very *Suggestive* Statue of Batman and Superman

Except, you know, just a little bit different take on the whole dynamic there…

The work to which I’m referring is something called Modern Heroes (2009), a sculpture created by artist Mauro Perucchetti which has reproduced and is now exhibiting at West Hollywood Park along San Vicente Blvd, just across from the Pacific Design Center.

Yesterday, I decided to pay a visit. 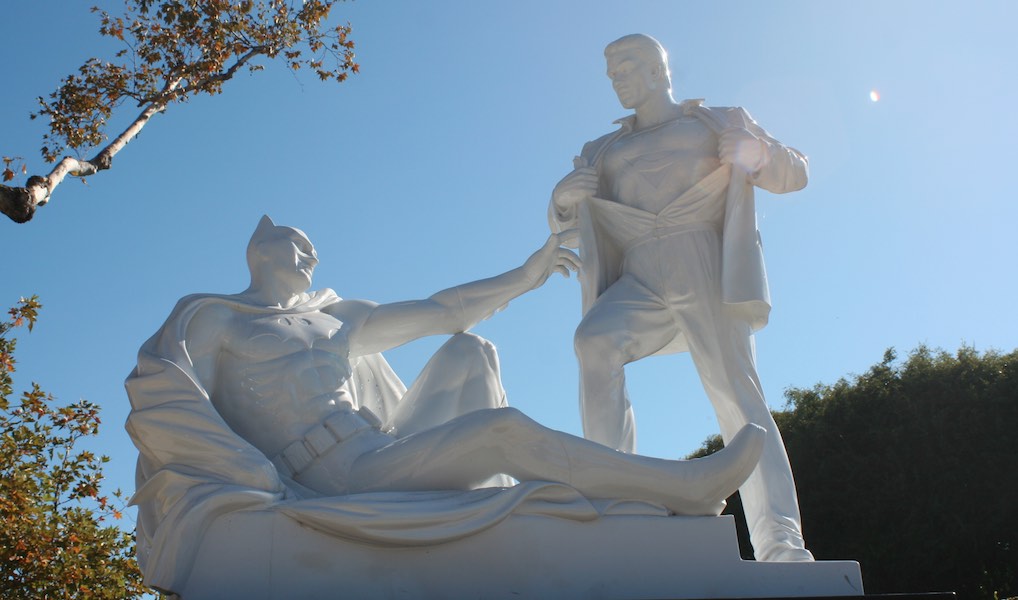 According to an interview snippet on the artist’s website, Modern Heroes is Perucchetti’s “monument to the gay community and their struggle for gay rights.” In the original work, Peruchetti takes on the tropes of classical and neoclassical works and mashes them up against the archetypes of modern masculinity.

And what is more archetypal than (perhaps) wester culture’s two most iconic superheroes?

The idea (correct me if I’m wrong here) is that we have a lot of preconceived notions about sexuality that emerge as rigid societal norms, and if we just tweak our perspective on these subjects ever so slightly then maybe we come out on the other side of the experience thinking differently about the preconceptions we held in the first place.

It’s a send-up of stereotypes, and an effective one at that.

In this case, the tweaking comes from a gleaming bright white statue featuring Superman posed heroically, ripping off his shirt and exposing his costumed chest, while Batman gracefully lounges, reaching ever-so-gently towards the man of steel.

It’s homoerotic and ironic and witty and I think it’s pretty cool.

Here’s a few more shots I took during my visit to WeHo Park yesterday afternoon: 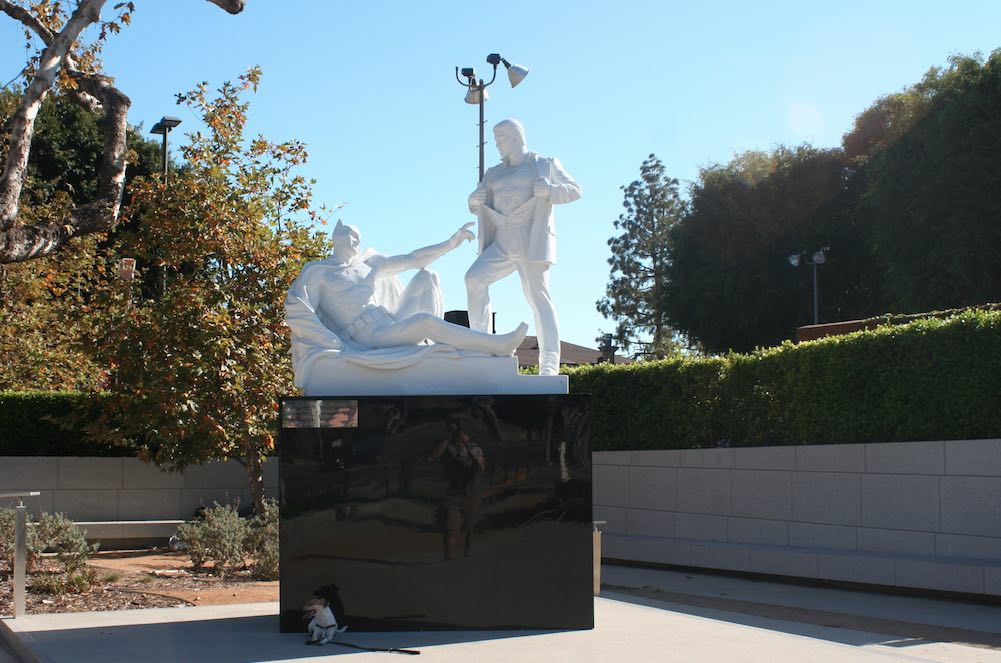 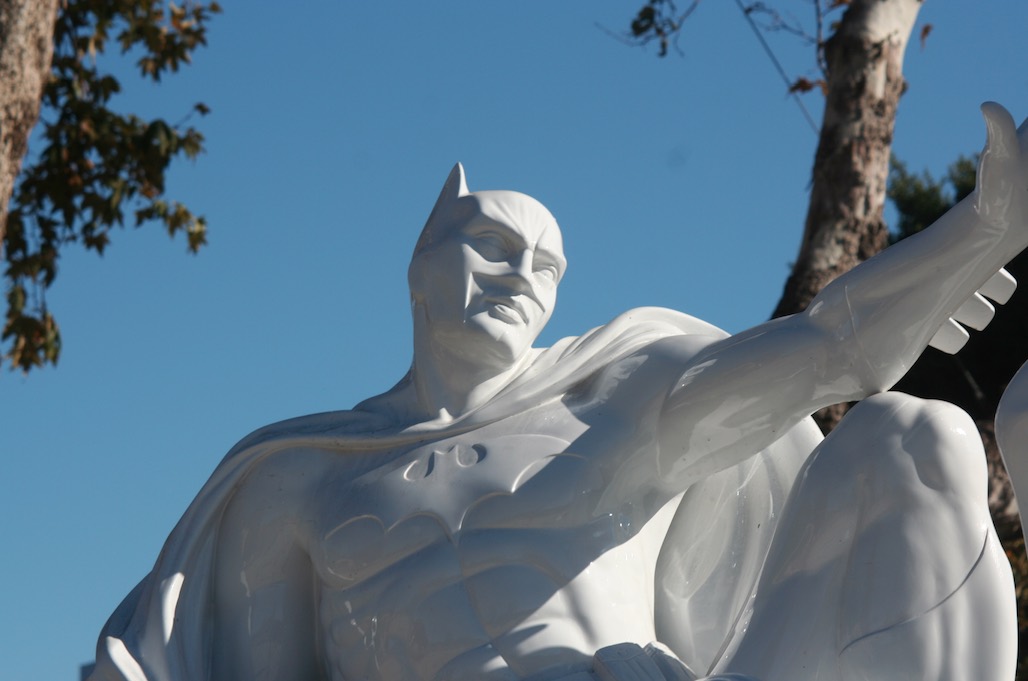 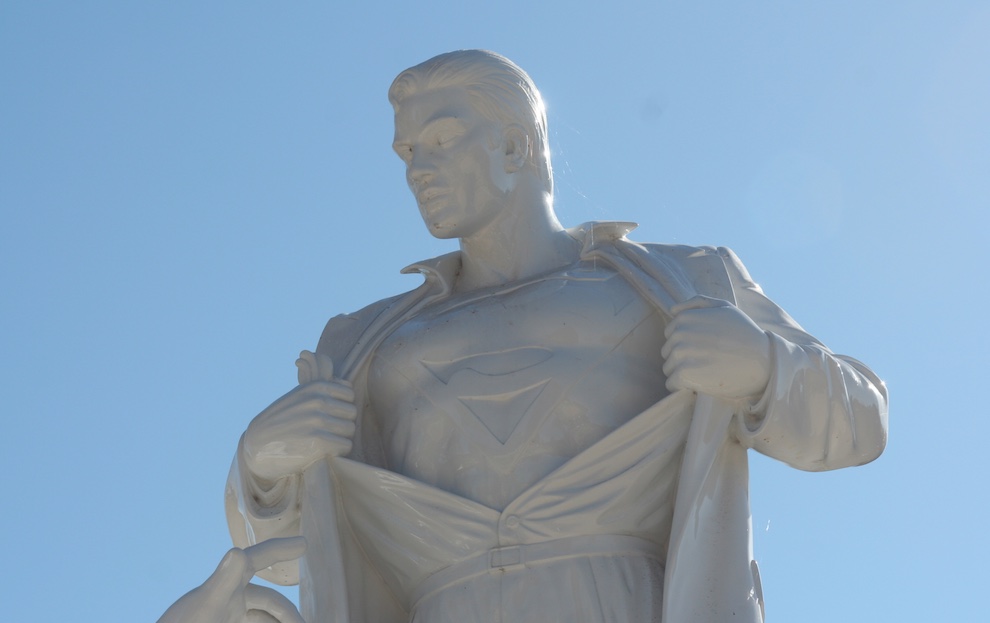 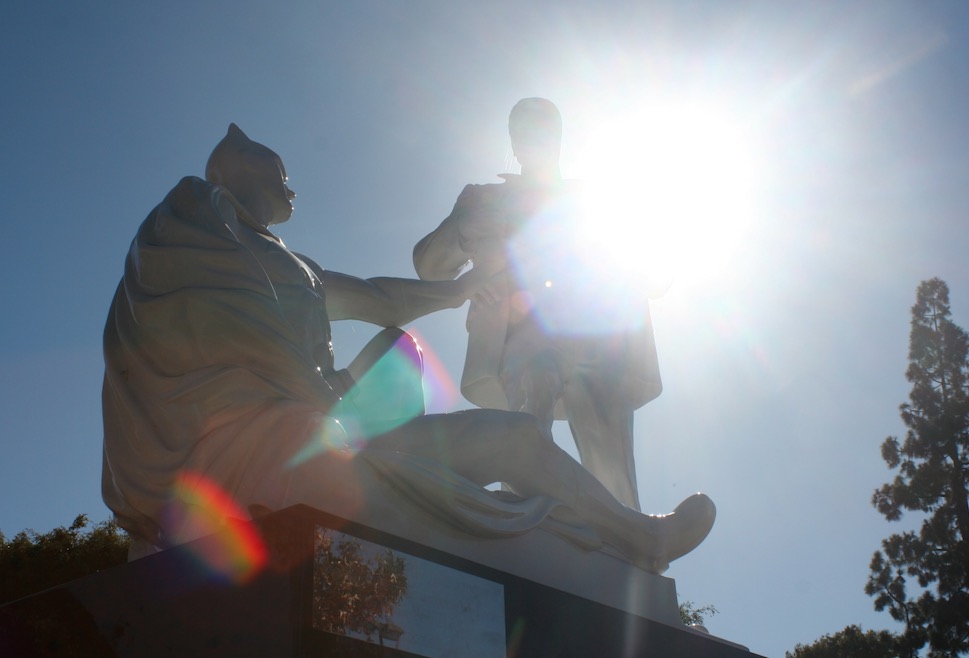 The fiberglass replica (the original work was done in marble) was built specifically for the LA Pride Festival this past June as part of a ‘One City One Pride Art Ops‘ program.

According to the blog Jason in Hollywood it will remain at its current location until December of this year (though I could not find verification of that on the WeHo city website), so you’ve still got plenty of time to see it.

West Hollywood Park is located at 647 N San Vicente Blvd, West Hollywood, CA 90069. If you circle around to the eastern permiter directly across from the fountain at the Pacific Design Center, you won’t be able to miss the statue.