This week includes Hollyshorts, a unique cocktail pop-up, FREE Ariel Pink, the Silver Lake Picture Show, a Lakeside Lounge at Descano Gardens and NHM’s final garden party of the summer (and much more!). 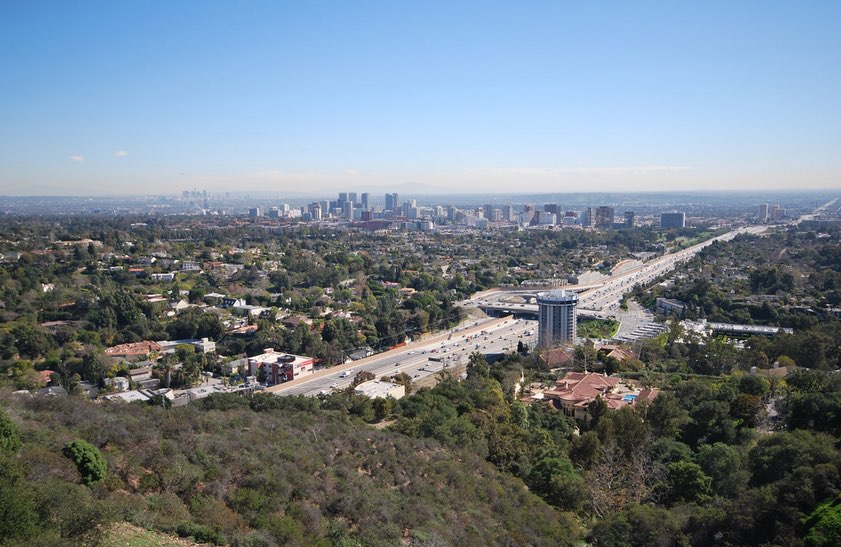 View from The Getty. Credit: Tracie Hall via flickr

Alcove’s Dinner and a Movie series continues with a presentation of Mean Girls. Movie starts at 8:00pm, and it’s a first come, first seated type deal. Grab a cocktail at Big Bar, order some seasonal treats like their featured sliders grab a slice of cake and find a seat in their gorgeous garden patio.

The Hollyshorts Film Festival is a 10 day party with networking events, filmmaker Q&A’s and screenings of short films produced around the world. The festival will be held at the TCL Chinese 6 in Hollywood. An all-access badge will set you back $600 and includes access to the after party at OHM Nightclub, film screenings, panel conferences and awards ceremony. Get a day pass for $80. Check the website for a full schedule and trailers for the shorts. Ends on August 22.

3. Moonlight Movies on the Beach: Guardians of the Galaxy

This season’s FREE Moonlight Movies on the Beach series at Granada Beach in Belmont Shore continues with a screening of Guardians of the Galaxy on Tuesday evening. Movie starts at 8:00pm!

Every Tuesday night the California Heritage Museum holds a Gourmet Truck Night at the museum showcasing a select of gourmet truck eateries. Since this is the third Tuesday of the month it’s is also Classic Car Night! All happening from 5:30pm – 9:30pm.

From 5:30pm to 6:30pm enjoy a sundown work session curtesy of Grand Park’s Boot Camp. This is a great way to spend rush hour if you work in DTLA! To get your sweat on meet at Grand Park’s Event Lawn between Spring and Broadway.

The 9th Annual Exhibition: The Outstanding Art of Television Costume Design will display about 100 costumes created by costume designers, supervisors, and this year’s Emmy Nominees® at the FIDM Museum in DTLA. Costumes include Gotham, Peter Pan Live! Wolf Hall and more. In addition you might want to view Helen Larson’s historic fashion collection with beautiful dresses and hats dating back to 1760! Both exhibits are free to the public and available Tuesday through Saturday 10:00am to 5:00pm.

7. Matthew Biancaniello’s Summer Pop Up At The Fat Dog

Matthew Biancaniello’s Summer Pop Up happens every Wednesday on the beautiful patio of The Fat Dog NoHo in the Arts District. From 6:00pm to 11:00pm the ultra-talented and innovative Biancaniello fills the patio bar with a stunning array of fresh herbs, flowers and produce. Roasted whole garlic, tiny currant tomatoes, borage flowers and wild arugula all make their way into a glass with spirits like cap rock gin, green chartreuse and an array of personally infused liquors. Finish your night with the lobster ice cream affogato (if available) it is AMAZING. Trust the bartenders to make suggestions and guide you through the experience the staff is well versed in liquor, friendly and fun. Expect to see Matthew making his rounds around the bar making sure everyone is happy and dazzled. This is a real treat as Biancaniello is one of the most sought after Cocktail innovators in L.A. August marks the last month to catch this pop up so cancel your Wednesday plans this week and come on down! Maybe take an Uber or Lyft… if a DD is available I overheard Matthew also makes virgin cocktails upon request.

Come on down to Descanso Gardens for a warm night, a cold beer and cool music. The Lakeside Lounge combines the fun of summers past, like retro camp crafts with a grownup vibe. Golden Road craft beers and a fresh menu created by Patina will be available for purchase. The Flashdance will take over deejay duties and spin vintage vinyl. Guest can take a guided walk of the lakeside Oak Woodland, the newest addition to Descanso! Discount tickets are available while they last via Goldstar!

10. Shakespeare By The Sea

This week of the summer free slate of Shakespeare performances come with an ocean view with performances of The Tempest and As You Like It happening Wednesday, Thursday and Friday.

An L.A. summer tradition the Twilight Summer Concert Series takes place right on the Santa Monica pier. This week Ariel Pink and The Mynabirds will take the stage. Don’t forget to RSVP for this free event. Just an FYI, KCRW has free events all over the city this summer so take full advantage!

FYI- We Like L.A. will be there! So say hi and clank some beers with us!

The Rising Tohoku Food Fair hosted by Mitsuwa Marketplace presents four full days of food and cultural festivities to celebrate the charms of the Tohoku region in Northeast Japan. In addition to presenting diverse and flavorful food products originating from the six prefectures of Tohoku, there will be a variety of paper craft activities such as origami and writing wishes on tanzaku paper, plus photo opportunities with popular city-specific mascots.

The American Cinematheque celebrates 30 years of Studio Ghibli one of the most acclaimed animation studios in the world. For this screening at the Egyptian Theatre, you’ll see Hiro Miyazaki’s look at a WWII aircraft designer, The Wind Rises, and Isao Takahata’s coming-of-age folk tale, The Tale of Princess Kaguya. Discounts for this double screening can be found via Goldstar.

14. Moonlight Movies on the Beach: Surf’s Up

This season’s FREE Moonlight Movies on the Beach series at Granada Beach in Belmont Shore will screen Surf’s Up. Movie starts at 8:00pm!

Hollywood’s legendary El Capitan Theatre presents a special engagement of Disney’s “Frozen” Sing-along version from August 20th through September 16th. Each screening will be accompanied by Elsa, live on stage, snow inside the theatre, and after the movie, Olaf live on stage and a screening of Disney’s “Frozen Fever.” This Thursday is the opening night so expect special presentations to be happening throughout. Discount tickets are available while they last via Goldstar.

Back for its fourth consecutive year, The Silver Lake Picture Show is a free, summer-long community event that screens popular films in a picnic-like setting at Sunset Triangle Plaza. This week The Motorcycle Diaries will be screened!

Every third Thursday of the month merchants on Pico Boulevard in Mid City come together, stay open late and welcome in folks from the community for shopping, sales, art viewings, local entertainment, as well as special tastings and gourmet food trucks. It’s free to attend and a great way to explore the up and coming neighborhood.

Great music, garden-inspired cocktails, hands-on garden and science projects, botanical tours, food trucks, and more at the NHM’s Summer Nights in the Garden. Guest can part take in building a bee hotel, embark on a botanical tour of the Nature Gardens led by NHM staff and even sample smoke flies with NHM Citizen Scientists! Bring a picnic or enjoy the food trucks, just make sure you RSVP for free admission.

The Plaza Level at FIGat7th in DTLA invites the public for a free night of music. This week’s theme is “Tropical Dance Party” with music courtesy of Boogallo Assassins, Buyepongo and a DJ set by Subsuelo. Explore the bars and restaurants at Fig during the Taste happy hour starting at 4:00pm! Doors open at 7:00pm for the Plaza Bar and the show starts at 8:00pm.

This summer visit the LA Zoo after hours and experience indie bands, DJs, full bars, and L.A.’s favorite food trucks. There are also a limited quantity of discount tickets (to save a buck or two) to Roaring Nights available via Goldstar.

26. Bring Your Own Dance Moves

Get your boogie on at this FREE weekly summer dance party hosted by the Music Center in Downtown Los Angeles.

Through a combination of mini-lectures (by Brendan Hughes) and original comedy songs (by Jeffrey Dinsmore), the Pizzacato Effect creates a brand of comedy for smart people who love the absurd and the arcane. Oh, and it’s free. And there will be complimentary refreshments! And it’s at the Last Bookstore (which is a really cool venue). Starts at 8:00pm on Friday. RVSP via link above for the free tickets.