It’s almost lunchtime on yet another Monday and you don’t know what to eat. You need to grab some grub before going bar hopping in Hollywood. It’s around midnight and you’ve just gotten out from a show at The Echo and you’re absolutely starving…

What do each of these dilemmas have in common? They can all be solved by finding a delicious L.A. food truck.

Food trucks are a fantastic way to find great food on the fly, satisfy cravings, or maybe just indulge in something totally unique and unexpected that would normally be completely out of your comfort zone.

Whatever your aim, we decided to inspire your curiosity with a list of 10 of the finest and most unique food trucks around Los Angeles including options that vary from comfort food to healthy eats, sweet indulgences to dishes with more of an exotic flair.

Regardless of your disposition I promise only one thing after reading (and seeing photos of) this list: prepare to be hungry!

Rundown starts after the jump, in no particular order. 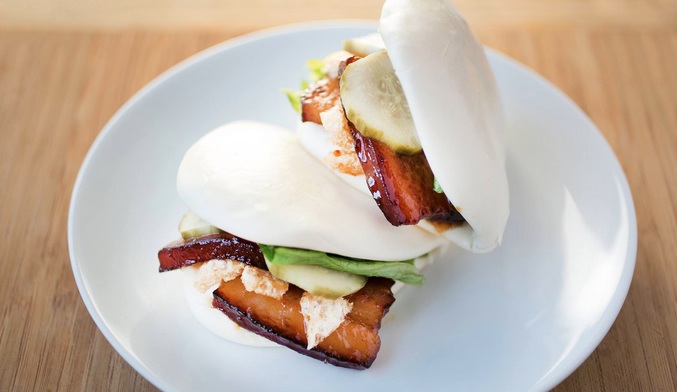 Artisan sandwiches and craft sodas are created within Carb & Nation by former sous chefs from Church & State in downtown LA. Fata Wijaya, one of the two chefs from this truck suggests trying their Pork Belly Bun, made with Mizo glazed pork belly, Yuzu pickle, homemade aioli and crispy pork skins. For a refreshing sip in between bites try the Ginger Lemon Thyme Soda.

If you’re going to order from The Pudding Truck you’ve got to order their classic: Chocolate Pudding. While the name sounds familiar their version is anything but, filled with a rich and creamy goodness with flavors that blend a lovely balance of milk and dark chocolate. Should chocolate simply not be your thing, try their Southern-Style Banana Pudding. This pudding uses their Vanilla Bean Pudding and they layer it with homemade brown butter vanilla wafers, banana slices and whipped cream. 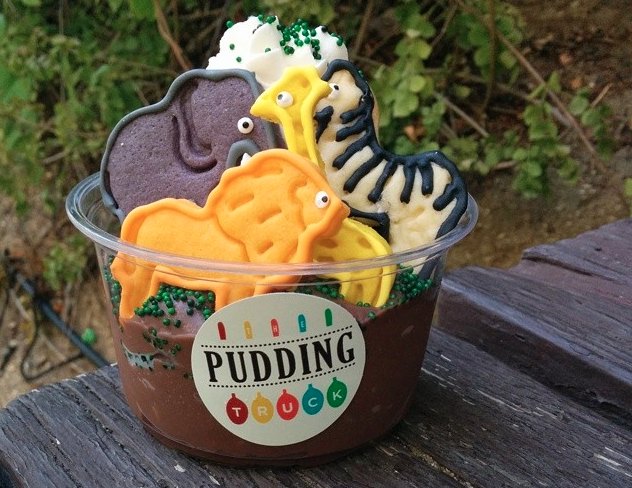 I really don’t know what gets any better than a margarita and mojito bus on wheels. Food wise, the people behind this truck suggest trying their sustainable seasonal ceviche cones. Made with shrimp, lime marinated seasonal sustainable fish, tomato, and jalapeno aioli in a corn tortilla cone, this cone is much more fulfilling and tasty than any snow cone.

The team behind The Grilled Cheese Truck introduced the city of Los Angeles to its wondrous cheesy melts in 2009. Not only do they produce tasty sandwiches, they’ve committed their first 100 trucks to be run by qualified Veterans.

Two favorites you may want to try: the southern mac and cheese, pulled BBQ pork (smoked in house), with caramelized onions and sharp cheddar on buttery French bread, or the fried chicken and waffle melt, which features spicy fried chicken with sharp cheddar melted between two waffles and served with maple syrup or country sausage gravy on the side. 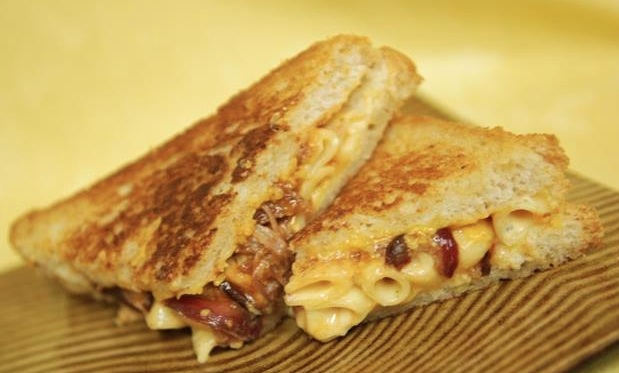 The Southern Mac and Cheese. Credit: The Grilled Cheese Truck on Facebook

The menu here changes weekly and is influenced by the seasons. Almost all menu items include some sort of vegetable that’s paired with meat and appropriate seasonings. You’re sure not to strike out with any of their sandwiches.

Hands down some of the freshest, most delicious seafood tostadas you’ll find anywhere on wheels. And they’re easy on the wallet too, making them one of the best value food trucks in the entire city. 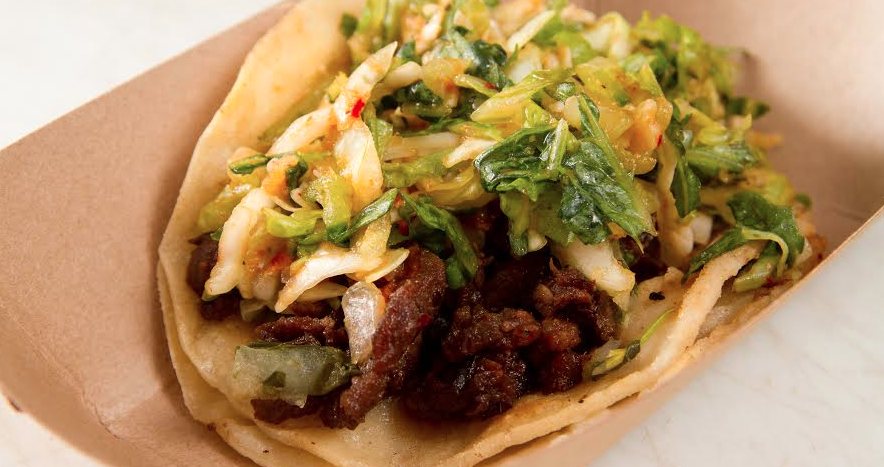 Up close and personal with a Kogi taco. Credit: Eric Shin

The winners of season three’s The Great Food Truck Race now have a retail store in Little Osaka in West LA in addition to their famed food truck. Rumor is their food truck might make an appearance at this year’s Super Bowl in Arizona, but until that rumor is proven true try their Man Salad brought back by popular demand. Just imagine Korean nachos characterized by Kimchi cheese sauce and pickled jalapenos.

This Asian fusion food company has a restaurant on Pico, one in Venice and a food truck that weekly visits El Segundo, Santa Monica and Miracle Mile. You can get a flavorful taste of Asian fusion food in a taco, burrito or rice bowl. Think of Chipotle in terms of how you want it prepared, but with a more inventive flair and taste.

This “delivered fresh shore to door” food truck has a truck in Phoenix and yours truly and has eight coming soon to other states. The lobster you eat is pulled from the sea in Maine a day before it reaches your mouth somewhere in Los Angeles. This food truck is great for New Englanders who can’t make it home every year.

Have you wondered what happened to the Buttermilk Truck? Gigi Pascual from Buttermilk Inc told us that November was their last month operating the truck so they could focus on their Red Velvet Pancake Mix and Ube or Purple Yam baking mix product line. However, they’re still serving some of their most popular menu items at Willie Jane in Venice for Brunch Saturdays and Sundays. You’ll still be able to eat their Red Velvet Pancakes, Fried Chicken and Chorizo Gravy Sandwich with Rosemary Garlic Hashbrowns and their Hawaiian Bread French Toast Sticks at 1031 Abbot Kinney Boulevard in Venice.

Obviously there dozens and dozens of food trucks to choose from in Los Angeles, and these are some of our favorites. But which ones do you like? Let us know in the comments below!