This coming Tuesday the California Coastal Commission will announce the opening of a third public access point to Carbon Beach, a mile-long stretch of sand just east of the Malibu Pier also sometimes referred to as ‘Billionaires’ Beach’.

The opening of the new path concludes a near decade-long battle with Malibu resident Lisette Ackerberg and the Coastal Commission, which resulted in a 2013 settlement where Ackerberg agreed to pay $1.1 million to cover costs of building out a paved, wheeler-chair accessible pathway adjacent to her property.

(For more information on the details of the dispute, I’d refer you to the most excellent reporting of Martha Groves at the L.A. Times.) 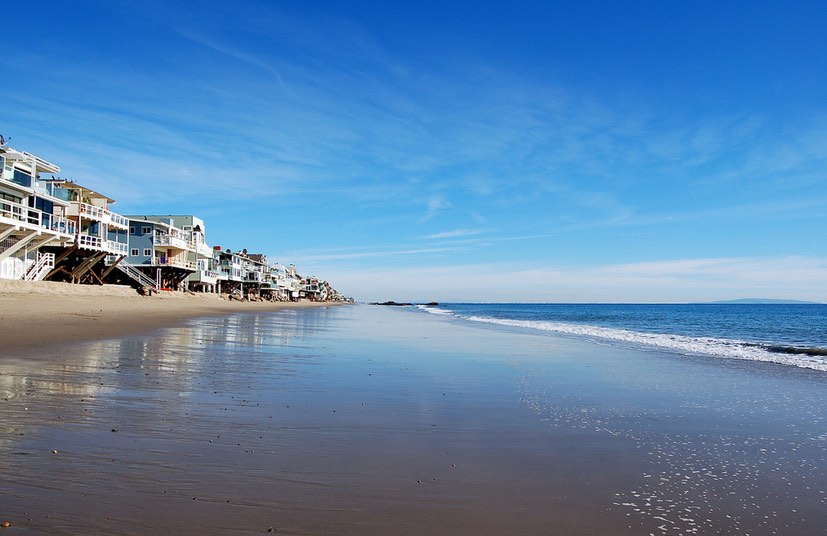 A view down the shoreline of a stretch of beach in Malibu. Credit: tensaibuta via flickr

As you may or may not know, per the California Coastal Act, along the coastline of California, the public has the right to access the sand between the mean high-tide line and the water.

Of course access to that land, well, that’s another story…

Over the years a lot of rich people who value their privacy have bought property along the Malibu shoreline, and they’re not exactly keen on a flood of people cruising within mere feet of their property on a daily basis.

Now that statement may be an over simplification of the issue, but I urge you to do your own research.

Why California’s Beaches Are Open to Everyone (KCET)