Panxa Cocina Rolls Out a Hatch Chile Menu for September 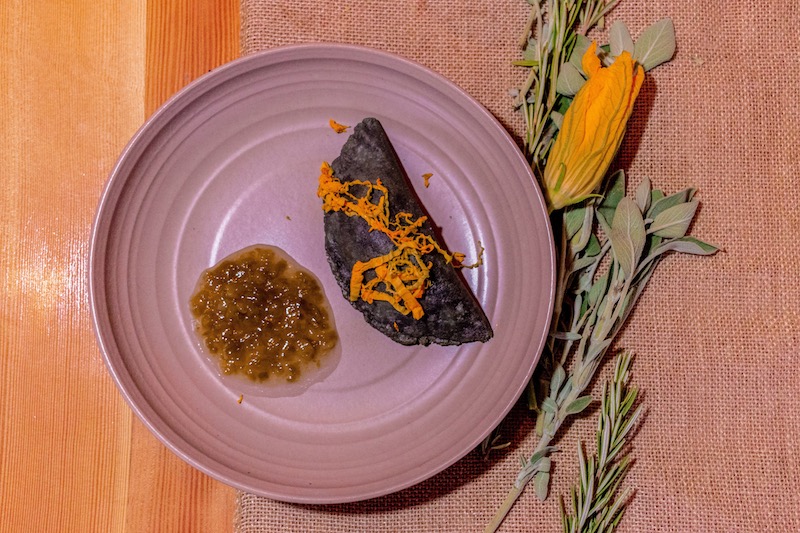 September is hatch chile season and Panxa Cocina in Long Beach is the best local place to get a taste of New Mexico’s most famous green chile. For the entire month of September Panxa, along with the help of The Chile Pepper Institute in New Mexico, will feature dishes highlighting hatch chiles. September is peak harvest season for hatch chiles, and at Panxa you’ll be eating some of the best selections from that harvest and it will be prepared by a chef with a vast knowledge of Southwestern cuisine.

California native Art Gonzales spent years cooking in Santa Fe, New Mexico at the James Beard award-winning restaurant Geronimo. There he found a mentor in the revered Chef Eric Distefano. It was in New Mexico where he also first encountered the hatch chile roasting inside a barrel roaster. Now back in California working at his own restaurant Panxa, Gonzalez is helping Angelenos expand their palettes by shining a spotlight on Modern Southwestern cuisine and some of it’s most fundamental ingredients. Being one of the few Southwestern-focused restaurants in Los Angeles, Gonzalez’s gospel of blue corn, hatch chiles and tequila has outlets like Thrillist, Eater, OC Weekly, and CBS-LA singing some well-deserved praises. 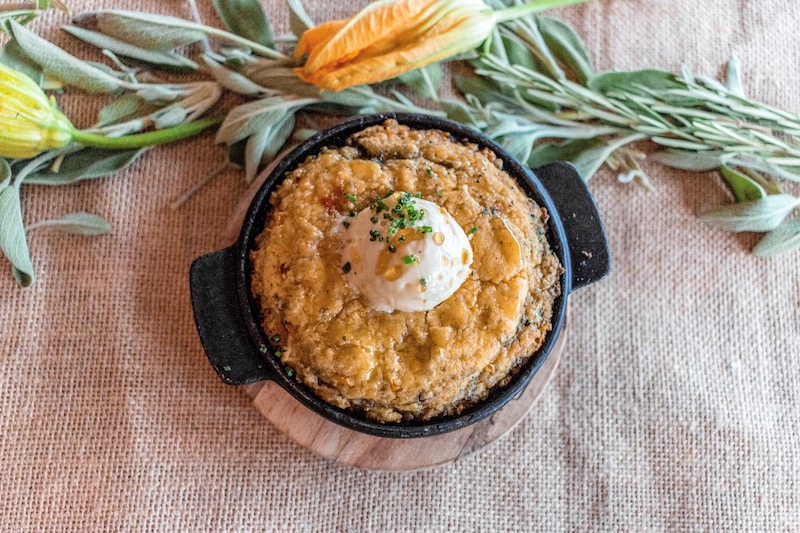 Stop in for the September Hatch Chile Menu and be dazzled by the culinary range of the hatch. Order a round of Green Chile Cornbread for the table to start. It comes in a cast iron and topped with whipped honey butter. If you usually skip carbs, don’t do it at Panxa. It’s worth it, trust me.

Your hatch chile journey should begin with the Heirloom Blue Corn Quesadilla paired with roasted hatch jam that is both spicy and sweet. The second dish, Wild Prawn and Hatch Relleno topped with walnut sauce, infuses the heat from the chile into savory prawns and corn. My mouth was watering before, during and after eating the relleno. Even thinking about it now, I can feel the tastebuds firing up on the back of my tongue.

Up next, things get extra hearty with a Wagyu Chicken Fried Steak smothered in hatch chile gravy. The steak is tender and juicy, but also quite heavy. The combination of white gravy and a fried exterior may have you tail spinning into a food coma within minutes.

To end the meal, you’ll find bits of hatch delightfully stuffed inside a Sopapilla (sweet fried pastry) accompanied by bits of pear and placed on top of smoked vanilla ice cream.

The hatch heat reveals itself throughout the menu, so I suggest combatting the spice by ordering a margarita. The guava marg, in particular, is a mildly sweet and refreshing cocktail with a crushed hibiscus chile rim. Oh, and by now you’re probably curious what Panxa means. In Catalan panxa means belly. Here at chef Art Gonzales love letter to New Mexico cuisine, your panxa will definitely be filled with mighty Southwestern delights. 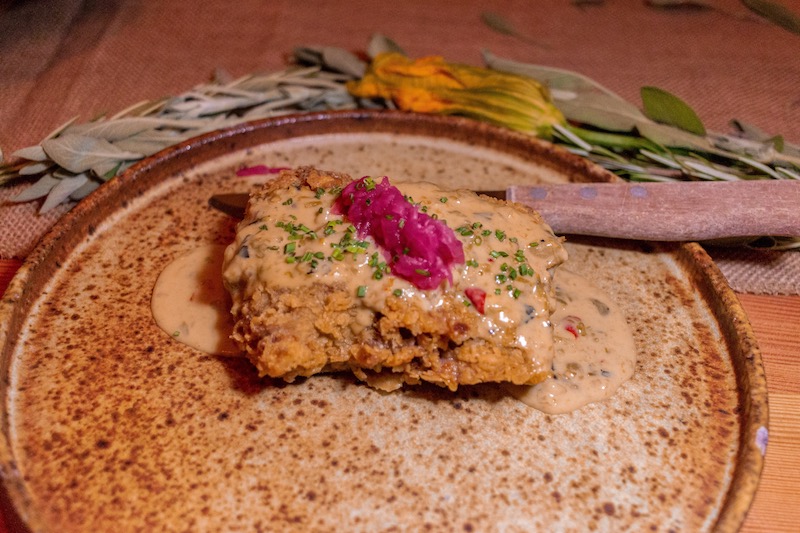 As an added bonus for those who want to experience a hatch chile roasting, on September 15 and 16 from noon to 4 p.m. Panxa will host their first Hatchchile Roast & Fest. Held in the outdoor space across from the restaurant, guests are welcome to stop by the roast-out and pick up some up to take home.