Why is There a Piano on Top of the Topanga Lookout in the Santa Monica Mountains? [VIDEO]

Earlier today the Fox 11 News Chopper was flying near the Santa Monica mountains when the crew spotted a single piano set atop the Topanga Lookout near Stunt Road.

What was the piano doing perched at an estimated 2,300 feet above the Pacific Ocean? How did it get there? Who the heck knows, but I can imagine it won’t be there long before city officials (or someone) hauls it away. 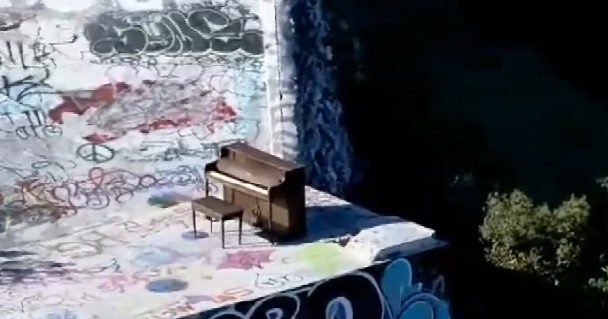 In the mean time, it sure looks pretty damn cool.

Check the video below to see the footage.