Am I a Pretentious Asshole Because I Live in L.A.? 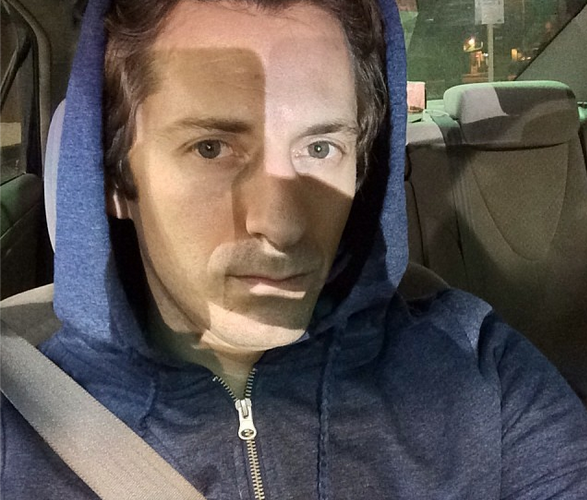 A couple days ago I was browsing the Los Angeles subreddit (pretty much a daily addiction) when I happened upon a submission that referenced the below video tirade from comic / host /conspiracy theorist Joe Rogan from January 2013. And no you don’t have watch the whole nine minute vid to get his point: Los Angeles is a wasteland of self-important douchebags who are born from their desire to be “stars” in the entertainment industry.

Of course this Reddit submission comes on the heels of a revelation from the will of the recently deceased Seymour Phillip Hoffman (R.I.P.), whose conspicuous omission of Los Angeles as a city  of “culture, arts and architecture” in his dying wishes of where his son should be raised, was kind of a posthumous dig at the city of angels. Read between the lines and it basically says, L.A. is no place to bring up a well-adjusted boy, lest he turn out like one of the Kardashian-Jenner clan. But I digress.

My point is it got me thinking. Between Rogan calling out the vapidness of the L.A. populace and Hoffman dismissing the city altogether, I wonder, what has become of me after nine years of calling Los Angeles home.  Am I just another pretentious asshole driving around in my leased Hyundai, wearing my cardigan and ironic Mr. Rogers t-shirt, sporting a hipster-esque beard, drinking tea-lattes?

I think in order to know the answer, we have to ask a few questions, and gain a quantitative understanding of the essential “L.A.” things that will confirm or deny my identity.

First is the obvious and most glaring… Am I an actor? Cause if I were, that would pretty much say it all, wouldn’t it? Open and shut case.

Well fortunately I am not an actor, but I did get a  totally awesome degree in screenwriting, so I guess I get half credit there.

Next: Am I overly concerned with my appearance? Well I don’t work out as much as I should, but I do wish I had the time to hit the gym, eat right, get shredded, look five years younger, tan at the beach, and prepare a morning routine full of stomach crunches, facial peels and internal monologues. I mean, who wouldn’t want to have the body of Patrick Bateman?

Third, politics: Do I tend to lean liberal in my politics? Well, sure I do. Mmaybe I’m not Sean Penn liberal, but I’m definitely left of center. I did vote for Obama… twice. More points on the board.

Things seem to be adding up, don’t they? Now I’m beginning to feel vexed…

Honestly, the whole idea of being a self-important douche is a bit of a blow to my ego. I’ve always thought of myself as someone with perspective who understood the difference between perception and reality. Someone who valued character over reputation, and could calculate the subtle differences between douchebag and non-douchebag behavior.

But perhaps the city has changed me, and now my assimilation into this black hole of pretentiousness is complete. Perhaps Hoffman was right. L.A. is full of vapid, self-centered jerks and I’m just another cookie cutter roaming the streets taking selfies.

It seems then, that the answer to the question that this article posits is, unfortunately, a resounding yes.

My worry now is: how will I ever possibly console myself? How do I cope with this new found existential paradigm?

The answer, perhaps, is as just as SoCal as the nature of the question.

Distraction. I need to find distractions. And quickly!

Maybe I’ll go the Staples Center to catch a Lakers game? That could be fun, right?  Ehh… they kind of suck this year

Well maybe I can go to a live reading of Pulp Fiction at LACMA, or catch a show at the Hollywood Forever Cemetery, or check out one of our dozens of museums. Maybe I can go to a late night food truck, or the L.A. Arboretum, or the Arc Light, or happy hour at the Standard. Maybe I’ll get a hike in at Eaton Canyon, or Malibu or the Santa Monica mountains. Maybe I’ll just go to the zoo.

But man, PSH was right. If only Los Angeles were just a little less culturally bankrupt.  If I could only live in New York… or Chicago, maybe I would find the missing soulfulness and artistic credibility I’d need to feel complete as a human being and become less of a douchebag.

I hear a major storm is about to pound the northeast again. Part of me wishes I were there to experience it. Maybe I could “find myself” as I shuffle through the snowy sidewalk in my sixteen layers of clothing, sidestepping bags of trash whose urine perfume coats the streets in the smell of cultural relevancy.

For now I’ll just be hanging out at the beach in February I suppose. Working on a tan that will never come, and pondering the unending limits of my own self-involvement.

Apologies in advance if I can’t hear my phone ringing over the gentle sound of the waves crashing. Have fun making your snowmen.