Looking for new ways to entertain yourself in the San Gabriel Valley this summer?

There’s a weekly street fest for that!

Starting this Thursday, ‘Surf’s Up’ kicks off a lineup of free ‘San Gabriel Summer Nights’ street parties to be held each Thursday night starting on June 11 and ending on August 6.

The June 11 event will include a performance by Beach Boys cover band Woodie and the Longboards, plus a DJ, kids activities, food (including the Kogi Truck) and a beer/wine garden. 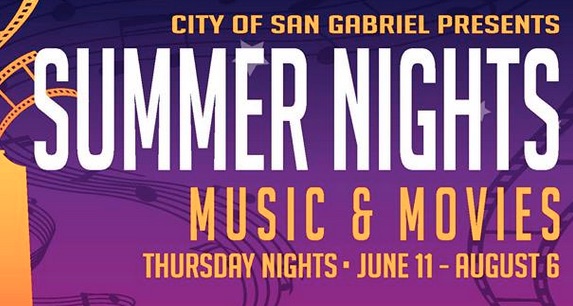 The Summer Nights parties will take place at one of two locations: the San Gabriel Mission Playhouse or Vincent Lugo Park.

San Gabriel Summer Nights is brought to you by the San Gabriel Community Services Department, in conjunction with the Mission Playhouse and Community Development Department.