This week includes pub science, the LA Film Festival, LA Pride, the Downtown Art Walk, a Hollywood Fringe Fest, plus FREE movie screenings and street parties and much, much more! 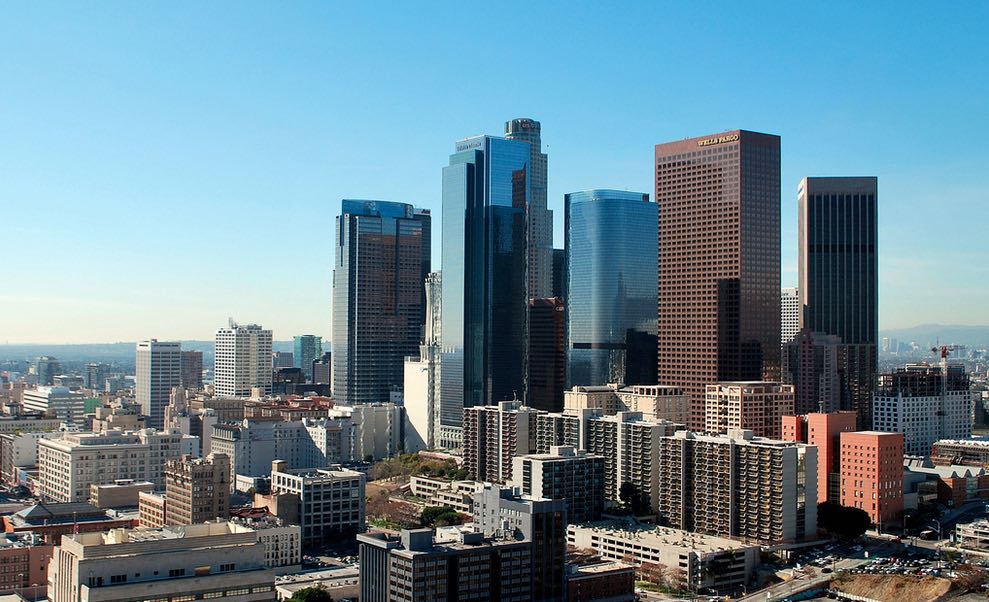 2. Hot Tub With Kurt An Kristen

Now in its sixth year, the New Media Film Festival showcases the best of what’s happening on the cutting edge visual storytelling, from web shows to documentaries created on an iPhone to expert panel discussions on the future of the industry. Two-day event from Tuesday-Wednesday. Get more information and discount tickets via our friends at Goldstar.

Latin-inspired restaurant Bow & Truss presents throwback movie nights featuring a different film screening on the patio on select Tuesdays this season.  This week they will screen Tim Burton’s , Beetlejuice. Admission is $15 for a reserved spot and includes a movie-themed snack.

7. An Evening With Judy Blume

The ‘Queen of Young Adult Fiction’ discusses her latest work in a lively on-stage discussion with KPCC radio host Alex Cohen. Get more information and discount tickets to the event via Goldstar.

On Tuesday, June 9 Pub Science returns with a meet-up at Golden Road Brewing. The evening will include a brewer from Golden Road offering a brief talk about the science behind making beer and yeast’s role in the brewing process. The talk will also have plenty of time for questions and answers.

Open and free to the public on the second Tuesday of every month LACMA and The Autry will have free admission all day. To see a full list of free museum days check out our list here.

Grab your popcorn and take your seat, the LA Film Festival is taking over the city between June 10 and June 18 for a nine day cinematic celebration.

End your day with a sunset cruise around the marina with a drink in your hand. You’ll also enjoy complimentary appetizers and a front-row seat for the sailboat races on the Marina. Get more information and discount tickets for the cruise via Goldstar.

Every Wednesday night practice Vinyasa yoga on the rooftop of West Hollywood’s Palihouse. For $15 guests get to stretch out as the sun sets in this all level, music filled, fun flowing class.

Every second Thursday of the month downtown Los Angeles creates a unique blend of art, community, culture and food known as the Downtown Los Angeles Art Walk. The Art Walk activities center around the galleries predominantly on Spring and Main streets between 2nd and 9th streets. This month, the Art Walk will also include a short film fest, presented as a collaboration with both the Regent Theater and NewFilmmakers Los Angeles.

Fashion site Who What Wear is hosting a series of free outdoor movie screenings on the lawn at The Grove every Thursday evening this month. This week they are screening Mean Girls, the event is free with RSVP and includes a post-screening party featuring DJs, themed cocktails, photo booths, and snacks.

Starting this Thursday, ‘Surf’s Up’ kicks off a lineup of free ‘San Gabriel Summer Nights’ street parties to be held each Thursday night starting on June 11 and ending on August 6.

The eight time Tony Award winning musical that took Broadway by storm is back in LA . The musical follows a group of teenagers as they navigate the confusing and often troubled waters of adolescence. The bold and touching musical captures through music the experience of youth transitioning to adulthood. Tickets start at $89 but our friends at Goldstar have them starting at $55 Thursday through Sunday.

Join The Natural History Museum for a unique opportunity to visit the museum and see fossils from real dinosaurs before heading over to Regal Cinemas L.A. Live to see the new Jurassic World. Immediately following the movie will be a very special panel and Q&A session moderated by Nerd Brigade’s Cara Santa Maria. This is a ticketed event.

Named Time magazine’s No. 1 show of the year, Matilda the Musical is the story of an extraordinary little girl who dreams of a better life. Based on the novel by Roald Dahl and brought to lift by a brilliant team that includes Tony-winning director Matthew Warchus (God of Carnage) and Tony-winning playwright Dennis Kelly. Tickets for the show start at $75 but Goldstar has them starting at $52.

SO Kawaii! On June 12-14 the Fabulous Forum in Inglewood will play host to all things Hello Kitty with a Supercute Friendship Festival. The event will feature live entertainment, cosplay, characters, interactive exhibits and much, much more. Make sure to grab some discount tickets to the festival via Goldstar (why they last!).

Founded in 1975 Book Soup remains one of the last large independent booksellers in L.A. Pop into the store for cake, refreshments, discounts and some of the staff’s favorite authors, including Frank DeCaro, Beth Lapides and Meredith Maran, reading “excerpts from infamous celebrity biographies.”

If a DIY heaven actually existed the Etsy Craft Party is probably what it would look like. The 4th annual craft party will be held at Crafted’s Port of LA. Guest will enjoy demonstrations, live entertainment, plenty of craft-making, and more. Wine, beer, and food from local vendors will be on site.

28. The Music Center Host Bring Your Own Dance Moves

The Music Center in Downtown Los Angeles is encouraging you to get your boogie on. Peanut Butter Wolf kicks off the seasonal event with Egyptian Lover, and sonic slayer Jimi Hey of Dublab.

The LA PRIDE festival returns to the colorful streets of West Hollywood and this year it’s sure to be bigger and better than ever. Kesha, Fifth Harmony and Tinashe are just a few artist on the bill to perform this year.

Take a foodie road trip without having to leave L.A. this weekend courtesy of Thrillist! Nosh on New England-style lobster rolls from Luke’s Lobster, grab a piping hot deep dish from Gino’s East in Chicago, a selection of America’s finest establishments and some of the country’s best bakeries are waiting for you all under one roof. Tickets are just $33 the event runs Friday to Sunday.