Back in 2014 San Miguel Island was closed by Navy for the first time in over 50 years, but later this month visitors will once again be able to explore the isolated beauty of this remote location off the coast of California.

According to the LAist on May 17, 2016 San Miguel will officially be reopened to the public,

Located about 50 miles from the shores of Ventura, San Miguel is one of the most remote of the eight Channel Islands, and the relatively isolated location means that much of the natural island landscape is still in pristine condition.

The island boasts immaculate beaches, a campground accommodating up to 30 people, lovely hikes plus over 1000 seals and sea lions. 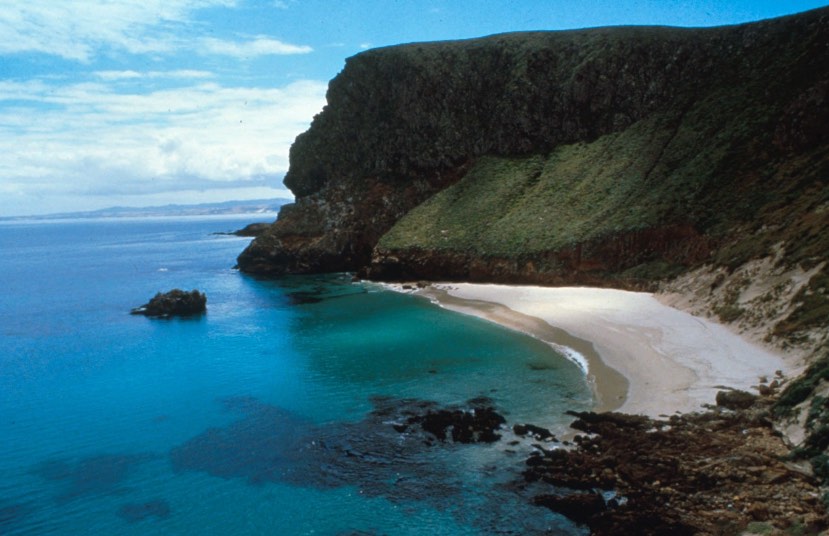 Among San Miguel Island’s other natural attractions are about 500 island foxes and the marine life surrounding the island, including whales and dolphins.

If you decide to camp out, know that the island provides tables and pit toilets so you’ll need to bring everything else you’ll need.

A bombing range from World War II through the 1970s, the island was closed due to concerns about unexploded weapons.

Since the 2014 closure, the Navy went  over the island in search of possible explosives and has decreed the island safe for the public.

San Miguel Island normally receives only a few hundred visitors a year, so if you’d like to step back in time to when California was a much less populated and more peaceful place, San Miguel Island is a great place to do so.

Keep in mind all visitors to the island will be required to sign an access permit and liability waivers in order to make the trek, and guests will need to be joined by a park ranger if you plan on exploring beyond the ranger station location.