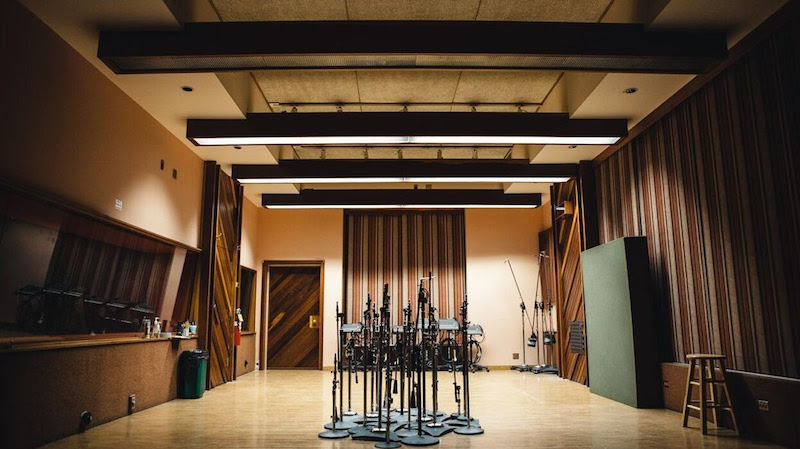 Shavasana Disco allows people to visit studios where some of the most prolific albums have been recorded and meditate in them. Next on the list: Sunset Studio and “The Artist” himself.

Run by London-based meditation instructor Will Williams, April’s edition of Shavasana Disco will celebrate Prince and his album ‘Purple Rain’ with an event at Sunset Studios. The gathering is billed as part meditation and part classic album listening party in the studios the albums were originally recorded in. According to princevault.com, Prince made Studio 3 in Sunset Sound his primary location for recordings between 1981 and 1987. A dozen albums, including Purple Rain, were recorded either in part or entirely at Studio 3. During the meditation the studios will be laid out exactly how they were when Prince recorded there in 1984.

The idea behind Shavasana Disco is that after joining in meditation your auditory perception (a.k.a. hearing) is heightened and you’ll be able to enjoy music much more deeply. Guests will listen to albums from start to finish, lying in silence and soaking up the rhythms. This upcoming edition of Shavasana Disco takes place on Wednesday April 4 from 7 to 9 p.m, and here’s the fun part: This particular meditation is free to attend, with tickets up for grabs through this submission page.  The wrinkle, however, is that only a limited amount of free attendees will be offered tickets.

Directions on the Will Williams website state that guests can apply for a ticket and the organizers will send a notification if the ticket has been confirmed by March 26 (we are past this date). According to a release, ticket-applicants will be informed if they qualified by “late March.” An attempt to sign up for the free tickets yielded an auto-email reply with the following message:

“Thank you for applying to win free tickets to The Shavasana Disco.

Please remember this is a ballot. If your name is drawn, you will hear from us with further details about the event a few weeks beforehand.”

At this point it is not clear how people are chosen to attend, if it is first come first serve or chosen at random via a raffle, though based on the email, it looks like luck of the draw. We Like L.A. has reached out to the Shavasan Disco’s PR rep for clarification on this point. Despite the ambiguity of the sign-up, we’re still a bit intrigued, but maybe not get your hopes up right away about being chosen for tickets.

UPDATE: Event organizers have responded to our inquiry to let us know tickets will be drawn at random from the pool of sign-ups.