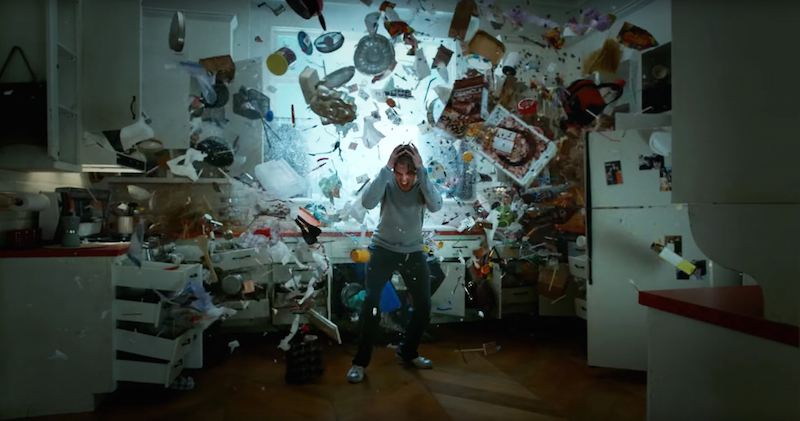 LEGION returns to FX on April 3 and to celebrate, there will be an immersive installation in Hollywood that guests can enjoy for free.

There seems to be no shortage of immersive events surrounding upcoming films and TV shows, and we are not complaining. The last few weeks alone saw pop-ups for The Strangers, Ready Player One, and Freeform’s Siren. It’s over at Goya Studios in Hollywood, where Siren‘s Mermaid Museum was, that you’ll find The LEGION Chamber.

Noah Hawley’s LEGION takes place in the Marvel/X-Men universe and follows David Haller (Dan Stevens), a mutant who has been diagnosed with schizophrenia, but who also possesses some pretty intense psychic powers.

The LEGION Chamber will run March 30 through April 1. It’s a 360-video installation tired “Fracture” that will take guests inside Haller’s mind. The installation was created by New York-based artist Marco Brambilla, whose work has been featured in numerous art institutions as well as Kanye West’s “Power” video.

“Our aim was to create an experience that would take the viewer through multiple levels of Haller’s altered states of schizophrenic consciousness,” Brambilla said via a release. “A flood of moments, thoughts, and memories are reflected into fragmented mirrored surfaces, these kaleidoscopic reflections completely surround us and we have the sense of assuming the characters’ psychological [point of view].”