So There’s a New ‘SleepBus’ You Can Take from L.A. to San Francisco

Fall asleep in Los Angeles…. wake up in San Francisco.

Take a Sleepbus on your next trip to the bay area, and that’s exactly what you’ll get.

So what’s a Sleepbus, you ask?

Well, think of it like a rolling dormitory that transports you between major city hubs.

Each passenger is provided with a private pod that includes a twin bed, premium bedding, privacy curtain, outlet, and reading light.

Plus there’s free coffee/tea and Wi-Fi on board, and you can book up to three full size bags or even a bicycle, all for free.

The price? Currently $48 per person for one-away service from L.A. to San Francisco (or vice versa). 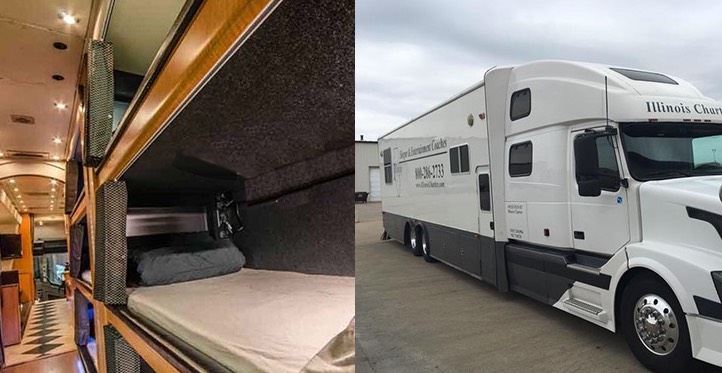 Sleepbus is the brainchild of Tom Currier, a Stanford dropout and Thiel Fellow, who believes his new venture could be game-changing transportation service with multiple key benefits, both in regards to time savings and convenience and also in terms of  environmental impact, as measured by the raw cost of CO2 generated per passenger.

When I first got wind of Sleepbus a few weeks ago I contacted Currier to find out more about his project.

It’s clear from speaking with him he sees his startup as a hyper convenient transportation alternative with the potential to target any two destinations within about 400 miles of one another.

In the long term Currier has big ideas, including a vision to implement vehicle suspension technology (such as what Bose has developed) to make the Sleepbus ride, and the sleep experience, as comfortable as possible.

Still, since the launch of Sleepbus service on April 18 well over 100 tickets have already been sold, and the hope is to build out services to other west coast destinations in the near future.

Passengers can now book a ride on the Sleepbus from L.A. to San Francisco (or vice versa) with pickup/drop-off points at San Francisco Station and the Santa Monica Pier.

You can visit sleepbus.co for more information and/or to plan your trip.