Catching Up with the Creators of Smorgasburg: One of L.A.’s Most Dynamic Food & Shopping Destinations

The following is a sponsored collaboration between Squarespace and We Like L.A. Use the code “WELIKELA” for 10% off your first Squarespace purchase. It’s time to create your own website today. 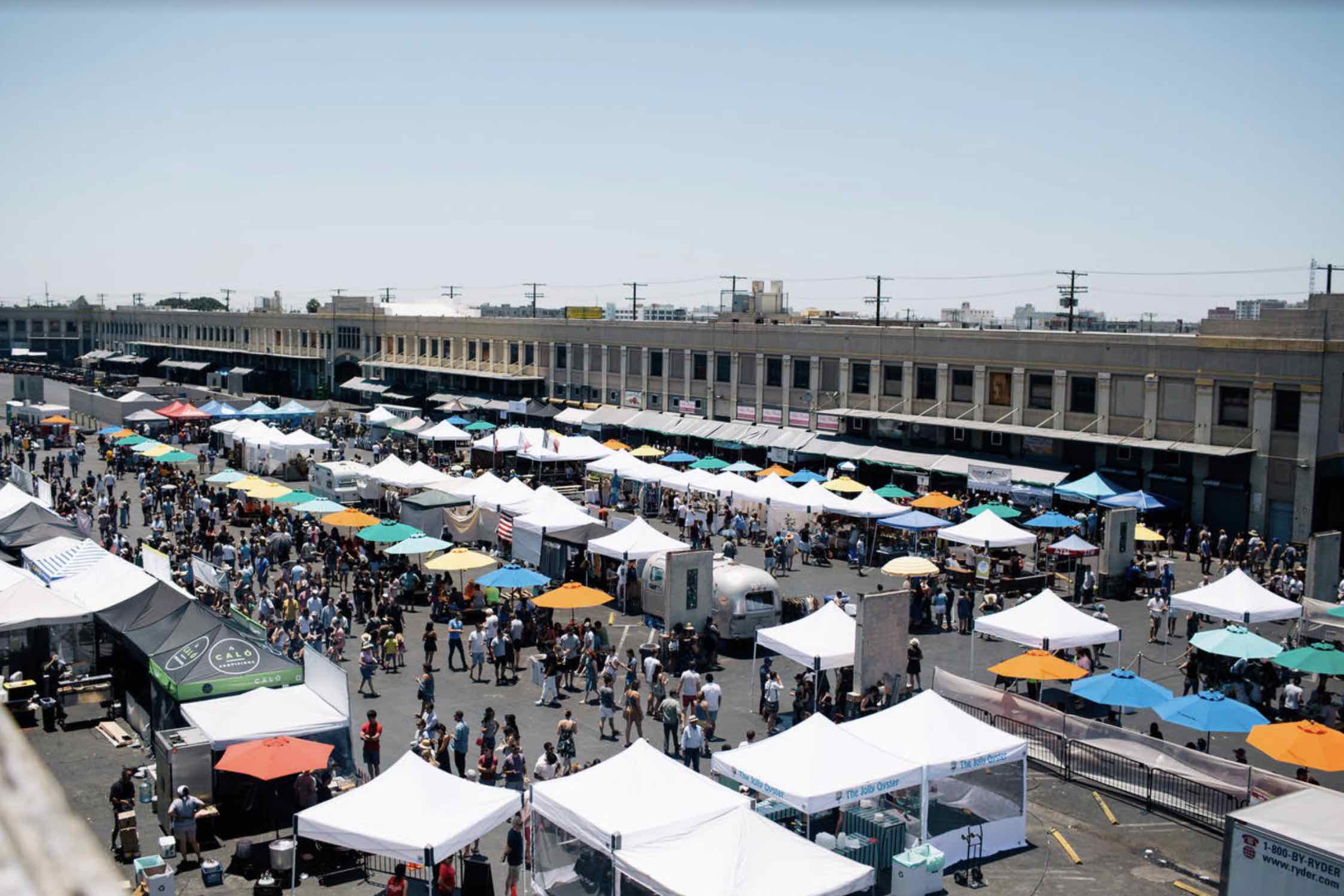 Since opening in June of 2016 at the Alameda Produce Market in Downtown Los Angeles, Smorgasburg LA has continued to distinguish itself as one of the most dynamic food and shopping destinations in the city. Taking place every Sunday from 10 a.m. to 4 p.m., Smorgasburg serves both as an incubator for burgeoning small businesses, and an experimental forum for food creators who may not yet have a brick-and-mortar, but want to show off their flavors.

We Like L.A recently had a chance to chat with Eric Demby, co-founder of Smorgasburg, along with the L.A. market director Zach Brooks to discuss the genesis of the Los Angeles version of Smorg, plus a look at what’s in store for 2018, and a word on how they’ve grown their digital presence with the help of Squarespace.

Can you tell us about how the original Smorgasburg got started in Brooklyn?

[ERIC] Smorgasburg launched on the Brooklyn waterfront in May of 2011—a smorgasbord in Williamsburg—as an offshoot of the Brooklyn Flea, an outdoor shopping market where demand to be one of its food vendors became so high that we spun off the food into its own market. A real estate developer had a parcel of undeveloped land following the financial crisis and invited us to activate what was then a virtually deserted stretch of Brooklyn’s waterfront. Mighty Quinn’s BBQ debuted at the first Smorgasburg with already huge lines for its giant smoker, many vendors from opening day remain at the core of the market.

What was the reaction when it first opened? Was it an instant hit or did the market slowly build up notoriety and attendance?

[ERIC] The original market featured about 40 food vendors plus a large farmers market in the center, and was not as popular in its first year on Saturdays as the Brooklyn Flea in the same location on Sundays. Folks were excited, but it was a mostly local crowd. The nearby river-ferry stop wasn’t yet open, most of the high-rise apartments in the area either hadn’t been built or weren’t yet occupied, and in general it was a slow build. For some reason, after every winter when we close the market (it moves indoors technically) for four months, in the spring the attendance just seems to jump. Every April, including this year, the crowds grow, to where this past spring we saw 30,000 people on one day alone two different times.

What was the impetus to open up a Los Angeles edition?

[ERIC] Mainly, we love L.A. Our friends and creative circles in Brooklyn are closely interconnected with the food/art/maker/fashion worlds out there, increasingly so with each passing month it seems. I personally relish my weeks of meeting fun people in beautiful places in L.A.—what you call “work”—and of course L.A. is second in size only to New York in this fair country, so it had the best chance of becoming a success on the scale of the Brooklyn markets. We almost did a market right in the Arts District back in 2012, as we felt the moment was right even then. But by 2016 when we started working on L.A. for real, it was obvious that the stars were aligning for a food-driven community experience and gathering place. Plus, that gigantic Produce Market site within the larger ROW DTLA site, which is so cool and exciting—not to mention the 4000-car garage!—just screamed promising potential to New Yorkers like us.

Trying to recreate the magic in a completely different type of city must have been a unique challenge. What were the biggest hurdles to moving to the West Coast?

[ERIC] The hurdles were mostly psychological to be honest. The graveyard of NYC—>L.A. expansion attempts is bursting at the seams with corpses of failure. Everyone in L.A. told us that no one would get in their car and drive downtown on a Sunday. They told us there are farmers market everywhere already. And we were nervous about moving literally next to Skid Row inside a walled-off fortress with zero foot traffic. But we felt the rightness in our guts and we trusted that.

How many vendors are active at the market on a weekly basis? What are the ranges of cuisine one can experience?

[ZACH] We have 60-70 food and shopping vendors at the market every week… and features pretty much every kind of food imaginable, from BBQ to Pizza to Thai Noodles to dumplings to grilled lobsters to tacos and dessert. 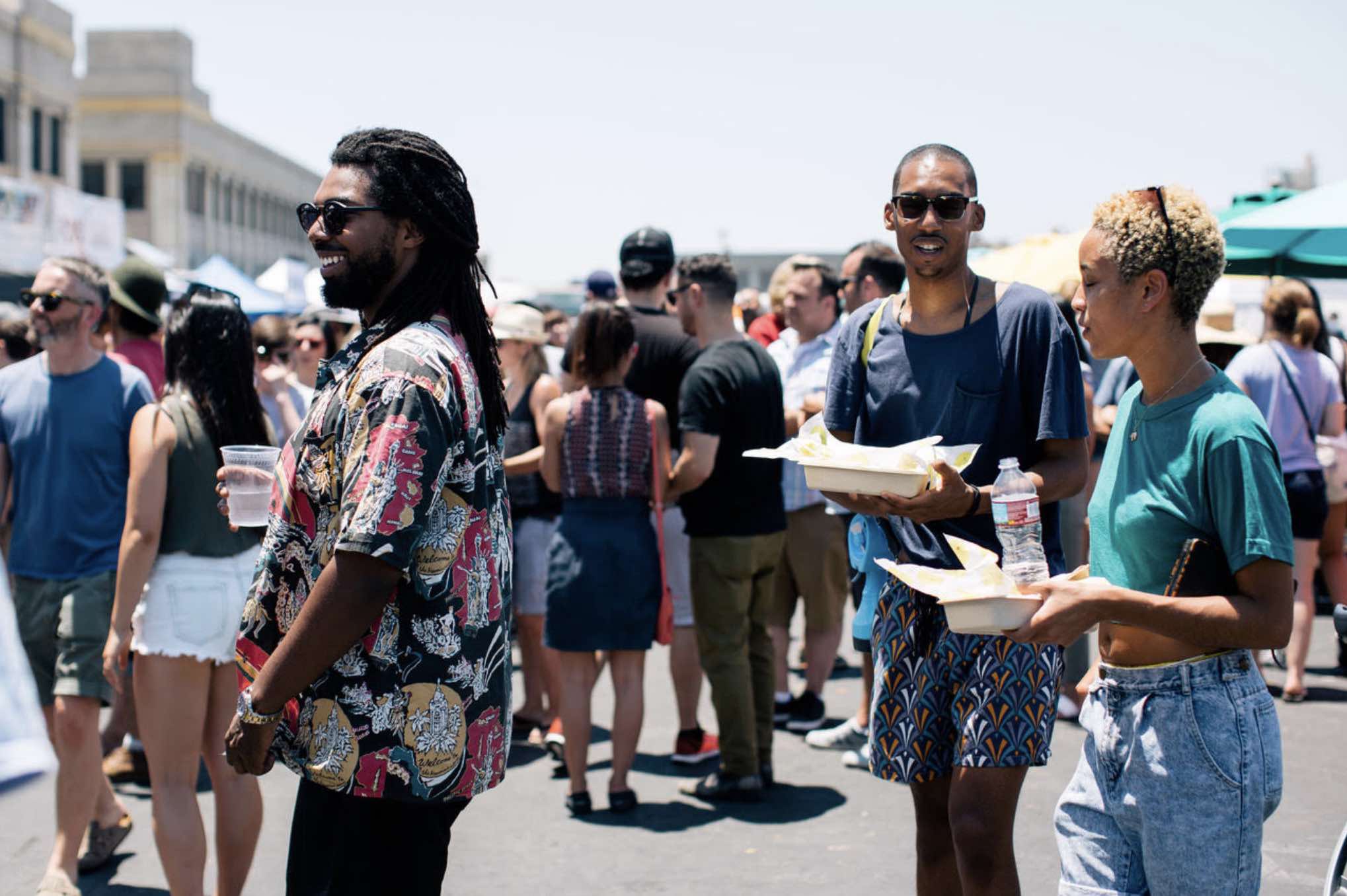 We know how important managing one’s online presence is, especially when it involves driving guests from the digital world into a real life location or event. Can you tell us about your decision to use Squarespace as your website creation platform? How has that played a part in the success of Smorgasburg?

[ERIC] Squarespace is actually huge for us, seriously. Our old website until about 2015 was literally a WordPress blog template we’d been using for seven years, it was embarrassing at a certain point. Georgia from our Brooklyn HQ deep-dove on the SS tools and has evolved and improved our digital presence over the last two years to where we almost seem like we’re up-to-date with our online look and feel. But we’d be nowhere on that front without Squarespace.

Just to dig a little deeper on the transition from WordPress to Squarespace, what’s been the biggest benefit you’ve noticed overall since changing platforms? Do you feel like the upgraded look and feel has met your goals for branding Smorgasburg online? Is it leading to more foot traffic at events?

[ERIC] The biggest benefit of switching to Squarespace is the much cleaner overall look-and-feel…. The cross-platform consistency of that tight look conveys a more mature, sophisticated brand to our audience, which was a major factor in our switch to SS. And photos, which certainly drive our social-media presence, look so much better on Squarespace, which I’m sure is also helping drive traffic to our IRL events.

[ERIC]  Smorgasburg and Brooklyn Flea have quietly been the biggest small-business incubators in New York City over the last decade, launching dozens of companies from our platform. To pay $800 a month to sell to 20-30,000 people is a pretty low-risk way to try out a concept, especially compared to any type of brick-and-mortar option. It’s impossible to overestimate the value of being part of a community of knowledgeable, talented, like-minded folks when you’re in total start-up mode. And so for L.A., that means a farm team that’s going to bear fruit in the form of places like We Have Noodles in Silver Lake, Bub & Grandma’s Bread, Maury’s Bagels, and many more delicious hits to come. 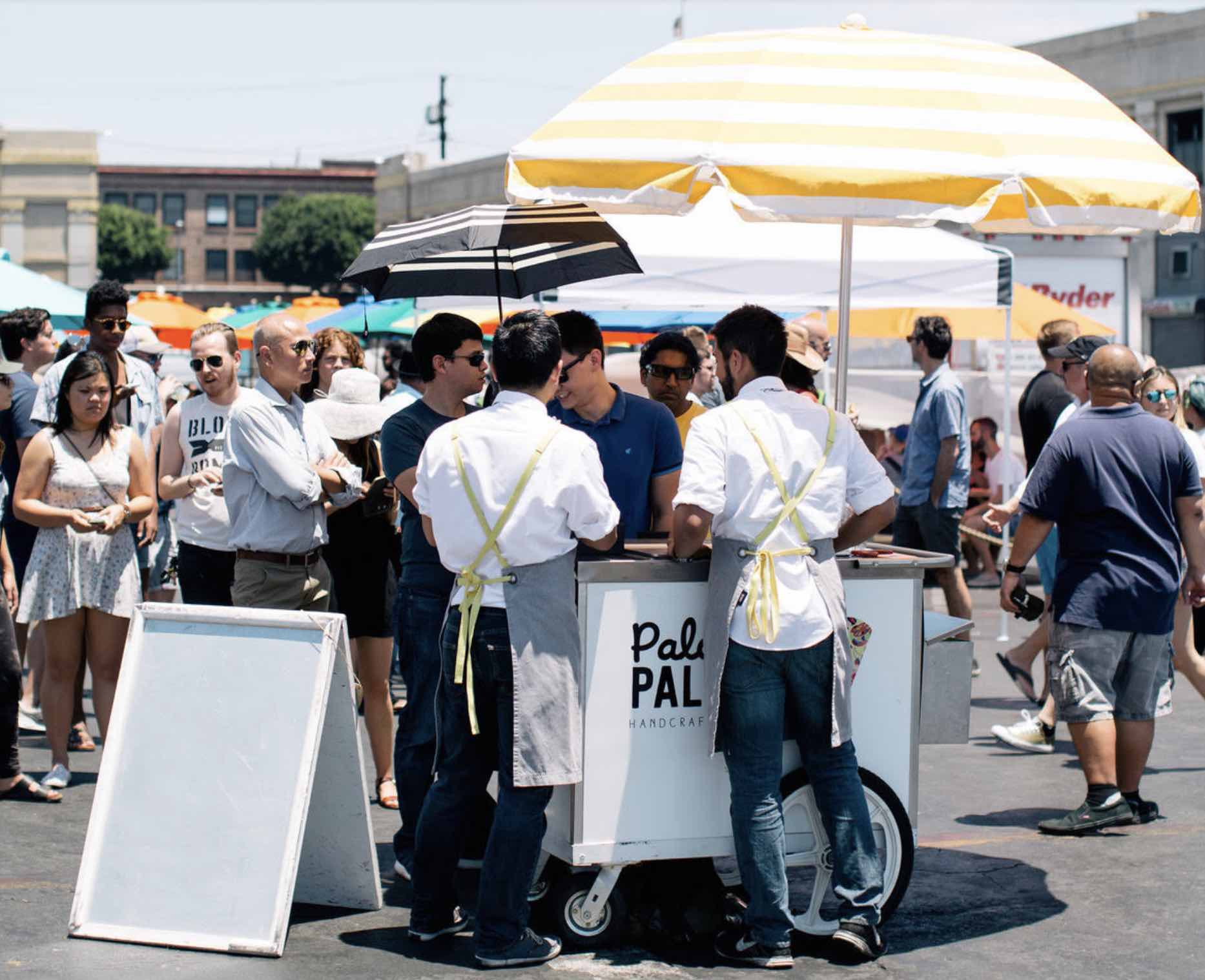 Because We Like L.A. is very much focused on ‘things to do in L.A.’, we definitely take notice when Smorgasburg has special pop-ups, events or seasonal offerings (like the holiday market for example). Can you give us a sneak peak about anything in the works for 2018?

[ZACH] Most of our big theme days will be back in 2018, including BBQ Day, Put an Egg on Everything Day (Easter) and our summertime Ice Cream Alley… plus there will be new theme days, like a Vegan Super Sunday in February.  We’ll also be popping up on the Santa Monica Pier again in March, and we’re planning a dumpling event at Santa Anita Park on Feb 3rd.

Remember to use the code “WELIKELA” for 10% off your first Squarespace purchase.