When Angelo Custino and Thomas Glenn set out to create their L.A. food truck, it wasn’t just about the food, it was about finding a way to help people. And if Suspenders takes off like they hope it does, that’s exactly what they’ll accomplish.

First though, let’s back up for a moment: What exactly do we mean when we say a “suspended” meal, anyway?

Well Starbucks fans may be with familiar with the concept of “suspended coffees” and how they came about. The practice, ostensibly originating from Italy, offers cafe customers the option of paying for a “caffe sospeso” (“suspended coffee” or “pending coffee”) which can later be redeemed by a less fortunate patron (a tradition, which as far as Snopes could verify, is probably true).

This feel-good legend, true or not, has now been co-opted by coffee conglomerates, most notably the Seattle brand mentioned above, to help provide a touch of benevolence to the sale of corporate java.

However, one of the core complaints about suspended coffee orders is that often times it doesn’t reach the people who need it most. It’s all well and good if some wealthy patron in a rich suburb decides to throw down an extra $3 for a free coffee, but how exactly can you guarantee that this act of kindness will find a person who would truly benefit?

For Angelo and Thomas this where the idea of mobility, and food trucks, really clicked home.

While volunteering their time in skid row handing out food Thomas and Angelo met a woman named C.C. who confessed to them that she was actually terrified of approaching a food truck, mostly because of the stigma of being homeless and all the associated shame.

But even the small act of getting a free meal, she told them, really made a difference in terms of just allowing her feel a little bit more human again. Just a regular person standing in line to place an order. 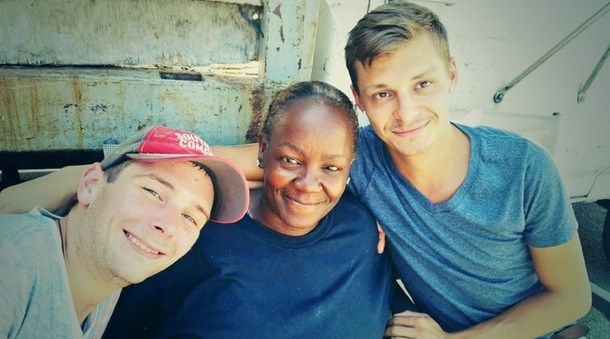 Angelo (left) with C.C. and Thomas.

Her revelation was one of the things that really hammered home just how they might marry the concept of suspended meals with a food truck.

Local organizations like the L.A. Mission and the Midnight Mission serves thousands of individuals in-need everyday, so why not tap into that network? What if Angelo and Thomas could take all the suspended meals they collect and then distribute them via established local organizations, all with the convenience of a mobile food depot?

The enterprise could literally freeze acts of kindness in a time capsule, transporting that generosity right to the doorstep of those who need it most. Hence the name of the food truck: Suspenders.

Still, as awesome as all this sounds in principle there is an important consideration that’s central to pulling the whole thing off.

I mean, if I as a patron am going to throw down $6 or $7 for a plate and (optionally) contribute the same towards a future needy customer I need to know…  is the food really any good?

“Well, the thing about the food is it’s a collaboration of two people with completely different backgrounds and tastes,” Thomas explains. 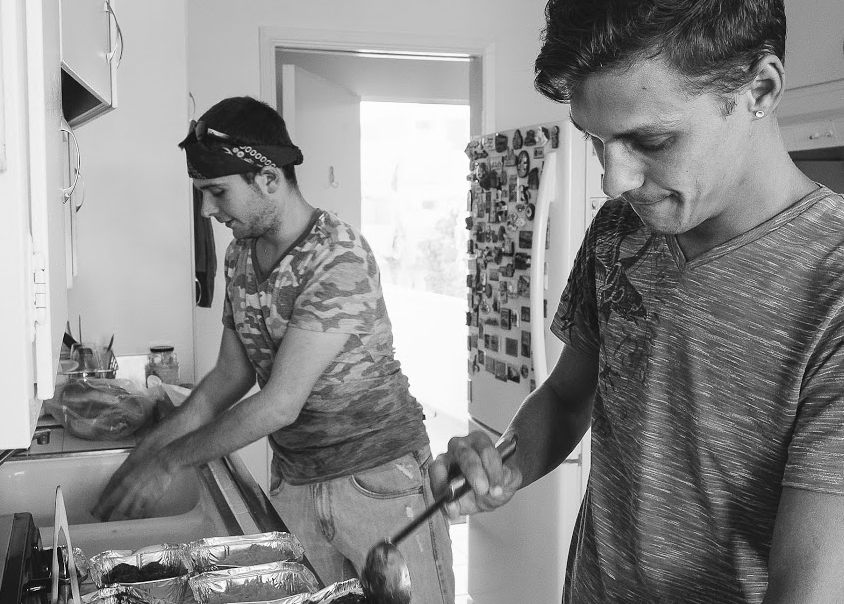 For his part, Angelo practically grew up inside Piccolo Mondo, his father’s Chicago based restaurant, and his tastes reflect that sense of authentic Italian flavor, even if he doesn’t exactly follow in the family tradition.

“The food really came about by sort of breaking all the rules that my father taught me,” Angelo’s words are framed by a sheepish grin.

Thomas, on the other hand, is more a product of his mother’s influence, raised in the kitchens of his Kentucky and Indiana homes learning to perfect biscuits and gravy, meatloaf and other homestyle staples.

The fusion of these two stories is what brings the heart to the Suspenders cuisine. And you know what? It works.

When I bit into the meatballs for the first time I was pleasantly surprised by the hearty texture and the liberal infusion of spice. The consistency reminded me of something my Sicilian great-grandmother would’ve whipped up in her very own kitchen.

Likewise, the tomato sauce used in the lasagna and spaghetti had a rich flavor, with just enough kick to keep my tastebuds interested, but nothing so overbearing that it took away from the experience.

Unfortunately, the food quality hasn’t lead to early success for Suspenders. Indeed, it’s been a rather nightmarish start.

Earlier this year Suspenders had leased it’s inaugural food truck from a third party private owner through La Raza Foods, but as Thomas recounts things started going sideways even before any meals were getting served:

“Soon after taking possession of the truck on June 5th, it was still inoperable (and we were) having to fight with them to fix it. They agreed to credit us for that time. We finally got it off of the lot mid June only to have it break down again. And again. And again. We operated a total of 16 days for June and July due to our truck catching fire.” 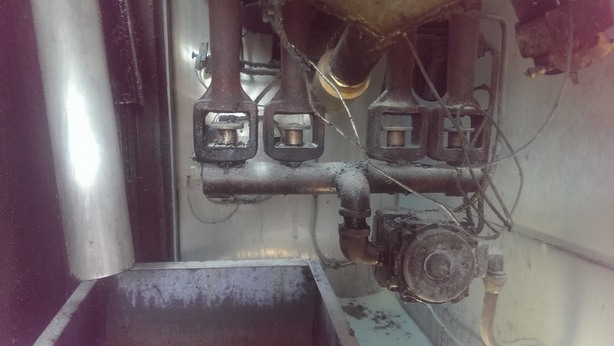 Suspenders refused to pay rent until the truck was adequately serviced, but upon going back to inspect the truck after the final scheduled repair, they found it was now missing. The owner, as it turned out, had simply repossessed the truck without notice, and kept the entire deposit along with all their equipment and all the food that had been stored inside the truck.

Despite repeated attempts to make contact with the owner, no response was offered, and then about ten days later all of the Suspenders equipment and food (now rotting) showed up in plastic garbage bags at a food truck commissary.

While a lawsuit is currently being considered, the primary objective at the moment is to get a truck up and running again as soon as possible.

With their initial investment in the business now spent, the pair have set their sights on Kickstarter, with a goal is to crowd-source the $10,000 that had vanished when their food truck landlord vanished into thin air.

Once the food truck is back in the game Angelo and Thomas will be offering a refined menu that’ll include homestyle spaghetti and meatballs, subs, butternut squash ravioli, fried mozzarella, and possibly even some breakfast items.

I think it’s fair to say that the road ahead won’t be easy, but their purpose is noble, their food is good, and they’ve got at least one fan in their corner (*raises hand*).

So here’s hoping they make their mission a huge success.

L.A. could use a few more folks like Angelo and Thomas.

Great thanks to Josh Fassbind for hosting a tasting of Suspenders food samples at his Los Angeles home, and snapping some awesome photos too!

To learn more about Suspenders or donate to the cause, you can visit their Kickstarter page.