Need a few excuses to in touch with your inner foodie during the month of February? You’re in luck.

If you can’t wait till then, head over to Mr. Holmes in Highland Park to try their latest food mash-up: the sushi croissant. And if you’re looking for something on the sweet side, Salt & Straw is rolling out a new batch of flavors for the new month (details below). 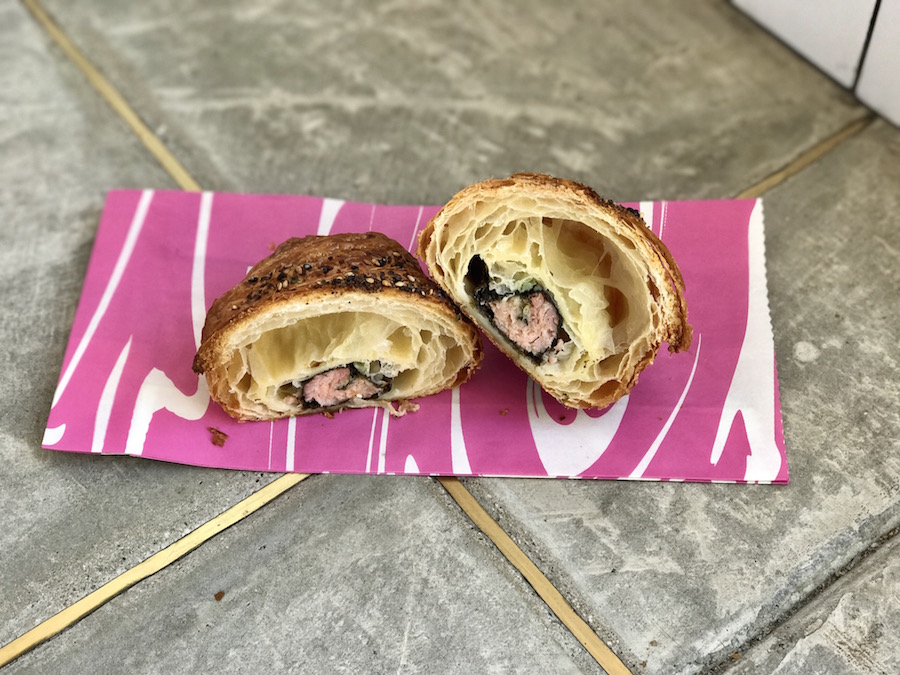 Get your sushi croissant in Highland Park

Mr. Holmes Bakehouse, home of  The Cruffin, just launched something called a California Croissant, stuffed with smoked salmon, nori, ginger and wasabi, served with a side of soy sauce. This savory delight is pretty much a sushi pastry!

The Dumpling & Wonton Festival comes to Santa Anita Park on February 4. Get a taste of traditional and new wave dumplings and wontons while sipping on sip on your choice of beer or wine for $30 a person. Be sure to check for discounted tickets on Goldstar while supplies last.

Where are the punniest place to eat in LA?

NHM First Fridays is all about food this year!

The Natural History Museum’s First Fridays returns for after hours at the museum, special music performances and interesting themed panel discussions. This year the talks will be centered around the science behind food.

Santa Anita Park is hosting the 2nd annual Santa Anita Chili Cook-Off on February 18. Guests will have the chance to samples some of the best chili recipes in SoCal and vote for their favorites. Tickets cost $31 a person, we spotted some tickets on discount via Goldstar.

Come celebrate the opening of DTLA’s latest brewery Boomtown Brewing on Saturday, February 4.
Meet the Boomtown crew, checkout their completed tasting room, sway to DJ sounds and grab some good eats from the Maple Block Meat Co. and Tumaca food truck. Floyd’s Barber Shop BarberBus will also make an appearance for those in need of a trim.

Thanks to the amazing @fuziuvtpk for making our exterior wall a piece of art! Be sure to come by as we are now open Thursday through Sunday now in our event space! #dtlaartsdistrict #labeer #labrewers

SpireWorks Istanbul Destination filled with their own exclusive beef gyro and fresh veggies. Check out their soda fountain of artisanal pop and grab a some SpireCakes too.

At @spireworksdas you choose a "destination" and am transported once you take a bite. Mine was Istanbul 🇹🇷 Take me back! 😁#spireworks #eatmoredöner #eaglerock #welikela #gyro #gyros