I’m usually not a big fan of pub crawls, unless they include the smartest / drunkest scientist in the known animated universe. Rick and Morty (possibly my favorite cartoon of all-time) is getting its own themed-crawl in Long Beach this Saturday. If the thought of seeing hundreds of people dressed up as Pickle Rick, Robot Dog, Tiny Rick, Pencilvester, and Evil Morty makes you giggle and smirk, then I suggest you head to the LBC this weekend.

In other food related news, does anyone remember the “Got Milk?” ad campaigns from the 90’s? A revival of the messaging is coming to some of L.A. finest eateries where diners will “order” a glass of milk and unlock a free dish. Take advantage by reading all the details after the jump.

Also: Don’t forget TODAY is Free Chili Day at Philippe’s from 10:30 a.m. to 1 p.m. and three restaurant weeks are all happening at once!

Finally, this weekend brings plenty of other things to do including the L.A. Beer and Food Festival, Uncorked Wine Festival, La Hoja Cannabis Dinner, Margo’s Anniversary Party and more.

As always, enjoy all the tasty news bites below! 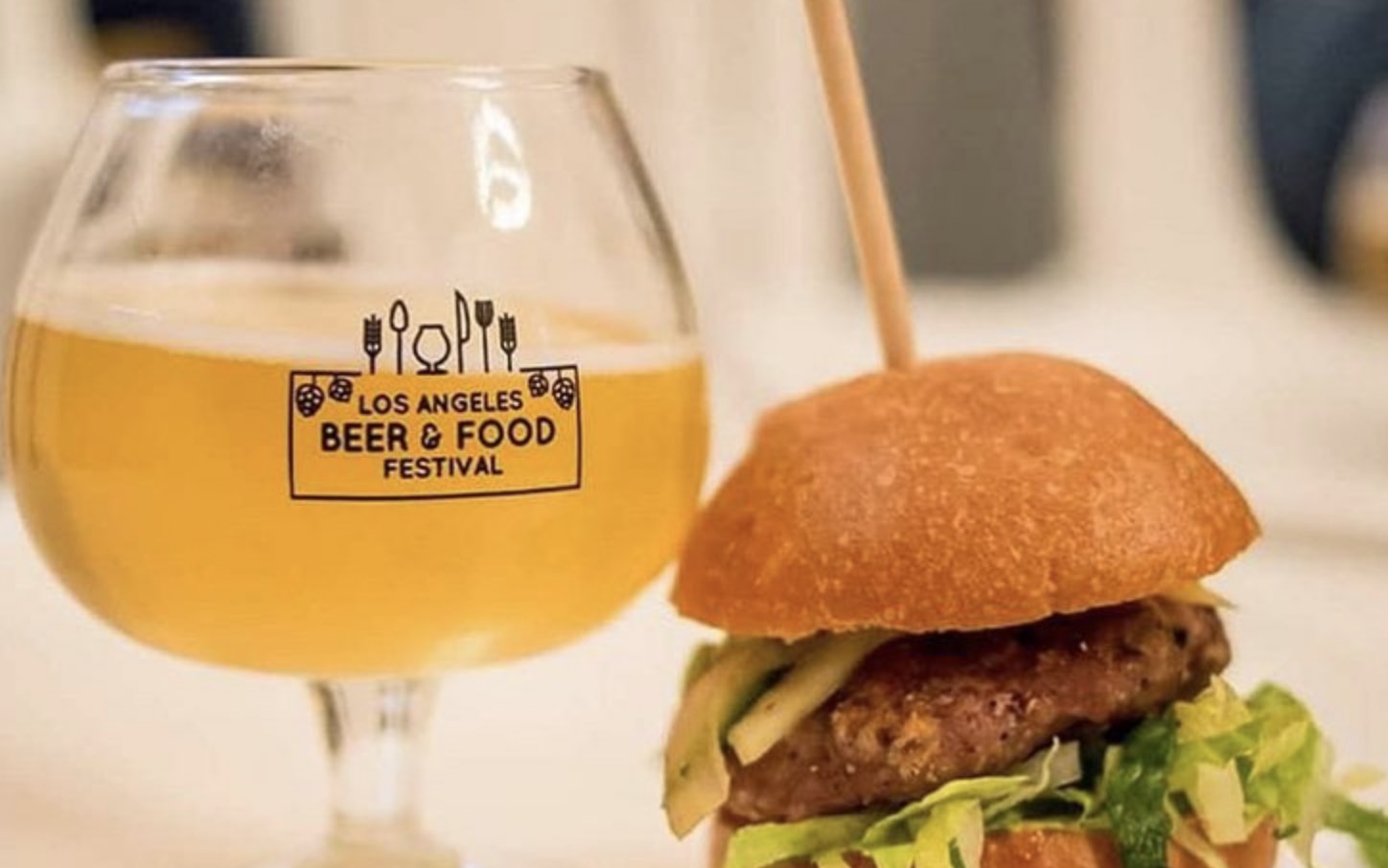 Resident sweets expert Nastassia Johnson of Let Me Eat Cake helped We Like L.A. predict the 3 Dessert Trends That Will Take Over L.A. in 2018. You might be surprised at the choices but don’t worry it’s not rainbow covered everything, that’s so 2017.

Got Milk Partners with L.A. Restaurants for Freebies

Starting now through January 30, Got Milk has partnered with some Los Angeles and Orange County restaurants for a secret promotion. Simply ask for a glass of milk at the locations listed here and you’ll unlock a freebie like Prawn’s Savory Milk Pudding Dish or Restauration’s Oxtail Doughnuts. Read all about it here.

Eater LA recently checked out David Chang’s highly anticipated west coast restaurant majordōmo. Located just north of Chinatown in an industrial area,
majordōmo’s menu will feature a mashup of asian inspired dishes with Chang’s signature intense flavor bombs. Eater LA reveals he’ll be serving Chinese bing, Korean ferments, noodles, smoked meats and even shaved ice. David’s version of the icy dessert will be coffee-horchata flavored. Sounds delicous and I can’t wait to eat everything. For now there is no official opening date but it could be any day now. Read more about David’s vision, the menu at majordōmo and the restaurants design here. UPDATE: News has broke that majordōmo will be open for dinner starting tonight, January 23. (via Eater LA)

Most Iconic Dishes in L.A.

LA Magazine put out a drool worthy bucket list of The 100 Most Iconic Dishes in Los Angeles. It’s an entertaining run down that spans across most of Los Angeles County. The list includes Philippe’s French Dip, the Pho at Golden Deli, Chicken Noodle Soup at Greenblatt’s, Strawberry Donut from The Donut Man to the Cheeseburger at Pie N’ Burger. Find the full list here.

Philippe The Original will once again host their popular Free Chili Day on Tuesday. Sponsored by Dolores Chili, Philippe will serve the first 500 people a free cup of chili, with or without beans, and all the fixins from 10:30 a.m. to 1 p.m.

Dine on specially priced lunch and dinner menus at one of SGV’s best dining destinations through Taste of Alhambra Restaurant happening January 22-28.

dineL.A. the city’s restaurant week (January 12-26) kicks of 2018 with another round of exclusive lunch and dinner menus (and deals!) at a laundry list of the city’s finest eateries.Want to know where to eat among the huge list of choices? Start here, with our picks for 20 can’t-miss menus.

Redondo Beach Restaurant Week is back from January 12 to 26. Dozen of eateries from the beach city’s growing food scene will be participating by offering either specially priced prix-fixe lunches and/or dinners, or other Restaurant Week-only special offers.

Team SoCal are heading to Angel City Brewery for Plant Nite a succulent D.I.Y. event where guest get to create their own terrariums.

Chef Justin Taylor will once again host The Chef’s Table experience at Riot House located inside The Andaz in West Hollywood. The third installment of the exclusive series (only 8 seats) will focus on “A Vegetarian Experience” offering seven plant based courses.

Chuck Wagons: The First Food Trucks is a new tasting event coming to The Autry this Friday. Get a taste of traditional 1880s chuck wagon cuisine of the Old West, then experience updated versions from contemporary chefs. Tickets include plates from multiple food stations, access to the galleries and garden, and presentations by chefs and food history experts.

Uncorked Wine Festival is headed back to the iconic Union Station in Downtown Los Angeles with over 150 wines, gourmet food and live entertainment.

There’s a Rick and Morty Pub Crawl happening in Long Beach this Saturday. Hundreds of Ricks and Mortys will gather in downtown Long Beach to drink the night away!

Motivate. Elevate. Celebrate. comes to Angel City Brewery in Downtown L.A. with a pop-up donation based yoga class, free rock climbing and a seminar on the best local hikes in L.A by Modern Hiker.

La Hoja Winter Wine Dinner hosted by Chef Luke Reyes of DTLA’s La Hoja and Guest Chef Joel David Miller of The Wallace will take diners on an elevated culinary experience when they add  a natural wine pairing and the ingredient of the night, cannabis to the mix. The dinner includes a happy hour, passed appetizers and a five course dinner. Trust us it’s nothing like your high school expereince with THC, no brownies will be served here. The event will be held at a private DTLA loft space and tickets cost $200 per person.

Margo’s in Santa Monica will celebrate its one year anniversary this Sunday from 5 p.m. to close with $1 beer, $1 champagne and passed bites in the bar and lounge area.