Los Angeles is nothing if not a cultural melting pot, and the city’s food events mirror the diversity of the people who live here. This week a Dumplings & Beer Fest takes over the San Gabriel Valley, a massive Paella Festival goes down in DTLA and a Los Angeles first: The Filipino Food Festival! With so many options to satisfy your hunger this week, which one will you choose?

Other notable happening around town include a 20-inch slice of pizza at Mickey’s Deli, a weekend brunch crawl, cricket ice cream, a vegan chili cook off at Tony’s Darts Away and much more. 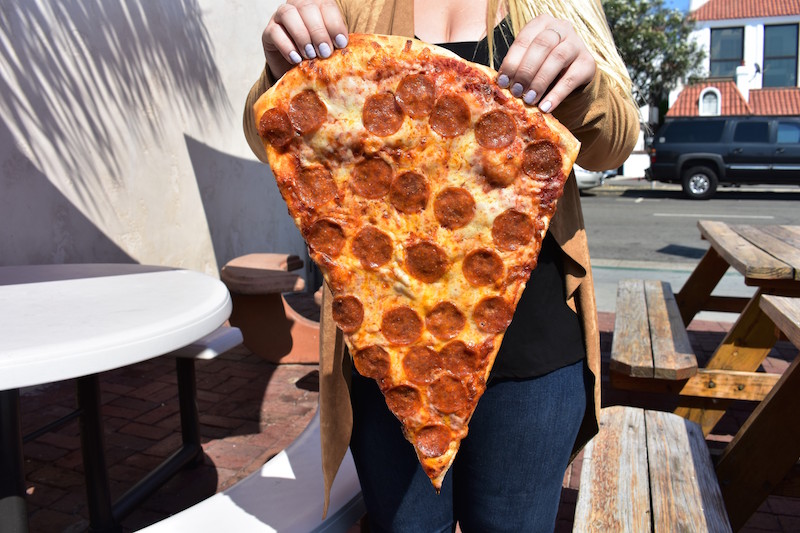 Love pizza? You’ll want to get your hands on this massive 20 inch slice at Mickey’s Deli over in Hermosa Beach. The obscenely large slice is four times the size of Mickey’s regular slice and is available all of October a.k.a. National Pizza Month. For $9.99 that 20 inch slice can be yours and additional toppings cost $1.50 each.

BOO! No single day gratifies your sweet tooth like October 31st—so to celebrate the spirit of Halloween, we've raised up from the grave our favorite flavors and conjured the spirit of a few new sinister concoctions to bring you our 5 featured flavors for October. This menu was incredibly fun to create because it forced our kitchen team to ask questions like: “What if Halloween monsters (in this case, Dracula) had recipes that had been passed down generation to generation?” or “What do ghosts taste like?” and “If you could make your most nostalgic Halloween candy into an ice cream, what would it be (hint: all of them)?” Come and dig your fangs into a scoop this weekend!

Salt & Straw has begun scooping flavors from its “Spooktacular” series. Get into the Halloween spirit by checking out their bone-chilling concoctions made with mysterious yet delicious ingredients like homemade candy, blood pudding, chocolate covered crickets, and swirls of ghosts. All flavors will be available by the scoop and pint at the Larchmont Village, West Hollywood, Abbot Kinney, Studio City, and Arts District shops all month.

A Trio of American Tea Room Drinks Get a Decadent Makeover 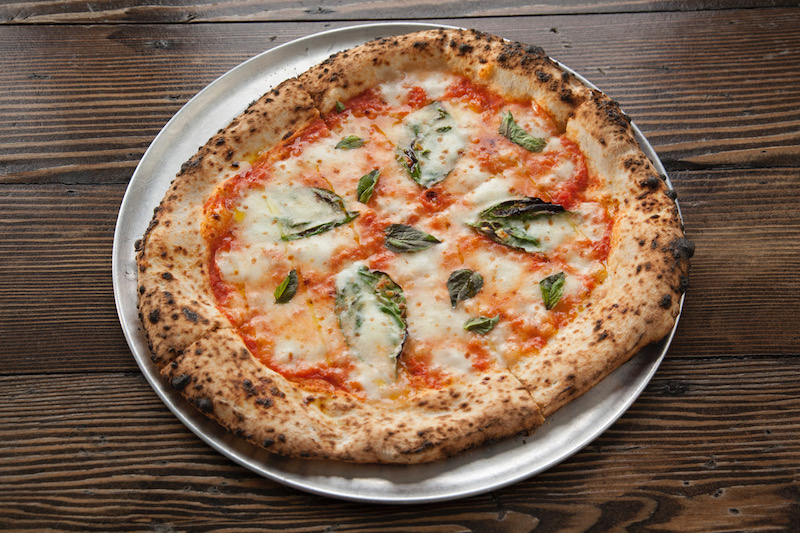 WOOD in Silverlake will now be open on Mondays, to celebrate they’ll be offering their Classic Margherita Pizza for $8 every Monday in October. 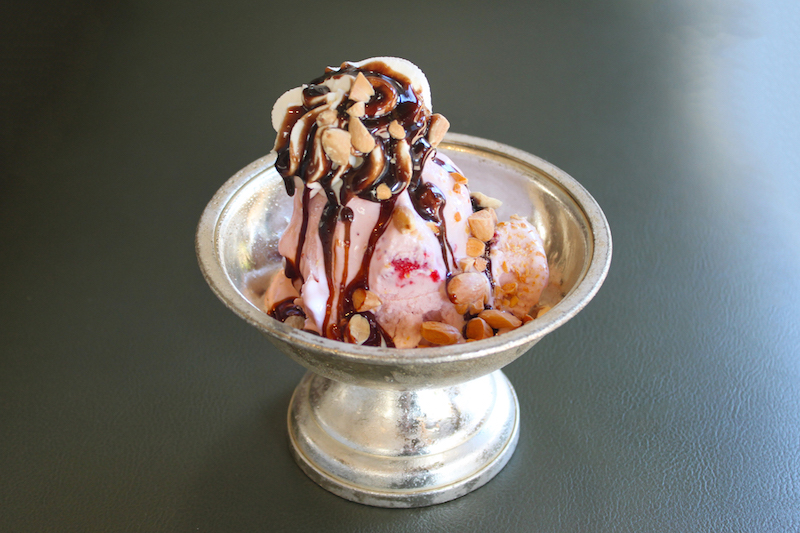 Whisper Restaurant & Lounge at The Grove recently launched “Hollywood Jazz Nights” happening every Wednesday until October 18. The restaurant will screen a classic Hollywood film each week with a troupe of talented jazz musicians accompanying the films score. Screenings begin at 7 p.m. with happy hour before showtime from 4 – 7 p.m. This week’s movie is Doctor Zhivago.

The city of San Gabriel is putting their own spin on Oktoberfest by throwing a Dumplings & Beer Festival in the Historic Mission District this Thursday featuring a wide variety of dumpling vendors, craft beer tastings, live entertainment, a “Best Dumpling” competition as well as a Dumpling Eating Contest. Admission into the festival is free, however if you’re trying to sip on some suds, beer tasting wristbands can be purchased for $25 (+ fees) in advance online via Eventbrite here. Wristbands for unlimited beer pours will also be sold for $30 at the festival if not sold out online.

The L.A. Greek Festival returns Oct. 6 through 8 for a big fat block party featuring delicious Greek food, live music, dancing and more. Now in it’s 19th year, the event is a popular one drawing over 15,000 each year. The large food and drink menu includes good eats like Spanakopita, Domas, Briami, lamb roasted on a spit, Gyros, Feta Fries and more. This year the honorary chairs and co hosts will be Tom Hanks and his wife Rita Wilson.

There’s a tapas dinner party hosted by maestro jamonero cortador (master ham carver) Pedro Liébana party happening in Larchmont Village. Get transported to Spain and get a taste of Jamón Ibérico, made from black-hooved pigs that graze and feed on acorns. The pig’s leg is cured for up to 4 years and is difficult to find in the United States. The authentic Spanish experience will feature a gourmet tapas buffet (all products imported directly from Spain) and an intimate flamenco show. Tickets cost $50 per person and includes corkage.

50 Paella chefs from California, Baja and Spain will be at’ Pershing Square for the 3rd Annual Paella Wine and Beer Festival. Featuring unlimited paella tastings, the largest paella ever cooked in California with dozens of local wineries and breweries offering unlimited tastings. Tickets cost $30 to $90.

Los Angeles’ first Filipino food festival EAT. PLAY. MOVE. will feature 20 food vendors and trucks serving up Filipino eats, from traditional to trendy, during the fest at Eagle Rock Plaza. Admission is free, so come savor ube, adobo, pandan, and turon from the likes of Ninong’s, Hopia Like It, Grill City, Johnny Pacific LA, Eat Bolo and many more.

The Brunch Crawl kicks off its inaugural event in DTLA this Saturday with four resturants and four convenient start times perfect for early birds and hangovers.  Tickets cost $15 ticket and gets you a customized Brunch Crawl cup, $2 to $6 drink and brunch specials at participating restaurants Pez Cantina, Le Petit Paris, Astro Doughnuts & Fried Chicken and Màs Malo. Crawlers are advised to bring cash so stop at the ATM!