Lots to eat and so little time!

This week Celebrate National Grilled Cheese Day on Wednesday by taking a bite into the infamous (and colorful) Unicorn Melt at Chomp Eatery in Santa Monica. Best part? They’re only a buck. See details below.

As for this weekend, an oyster and beer fest rolls into town, a drag queen brunch show makes its way to West Hollywood and a Sunday happy hour will launch in Atwater Village. Oh, and today’s roundup also gives you a sneak peek into next week’s Tax Day specials where $1 drinks and even a free cocktail can be found! 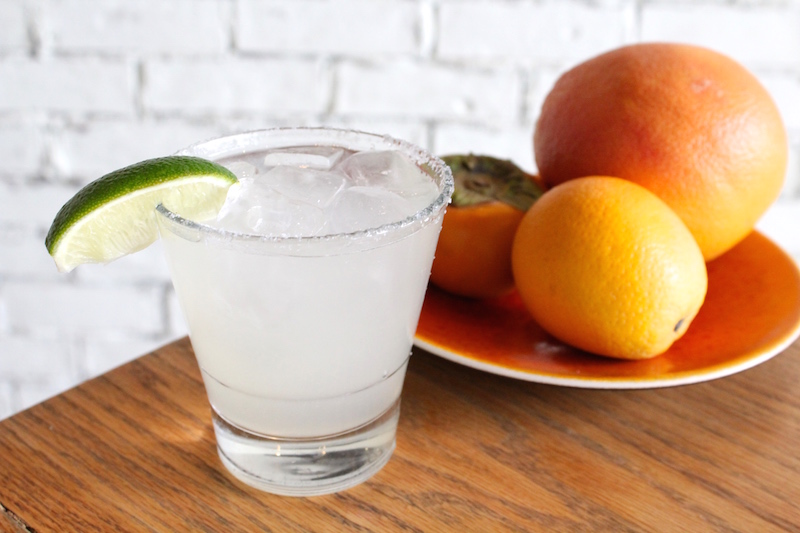 Uncle Sam got you down? Find some temporary solace on Tuesday, April 18 at 10 L.A. Spots Offering $1 Drinks there’s also a bonus free drink and some more deals that cost under $5 😎

What is African American Jewish food?

Join acclaimed African American Jewish food writer and culinary historian Michael W. Twitty for a day of learning during the Kosher/Soul program at the Skirball Cultural Center. On Thursday, April 13 Twitty will lead attendees through two food and cultural explorations. The first, at 2 p.m., is a free discussion of the historian’s personal journey and intersecting between multiple cultural backgrounds and identities. The second program, at 8 p.m., is a ticketed event that includes both a talk and a cooking demonstration and tasting. Advanced reservations are highly recommended for this special event.

The Long Beach Craft Beer & Oyster Festival returns on April 15 for another year of beer and oyster pairings! Get a taste of local food spots, local and regional breweries, music from both bands and DJs, chef demonstrations and more. Hosted outside Shoreline Aquatic Park, general admission tickets start at $35 and include unlimited beer tasting, and access to oyster vendors and food trucks. VIP tickets are available for $45 and include early access, a free mimosa bar and a decked-out pretzel necklace.

Chomp Eatery & Juice Station in Santa Monica is celebrating National Grilled Cheese day on Wednesday, April 12 with $1.00 “Unicorn Melts” to the first 100 people in line! Also, here are a few pics from when we tried the Unicorn Melt last April.

The Abbey Food & Bar launches Brunch Service – a drag queen brunch spectacular featuring $15 bottomless mimosas and a drag show at 1 p.m. every Saturday. Each week will feature different drag queens some of which have been on RuPaul’s Drag Race! See the video below from last weeks Brunch Service.

Momed’s Atwater Village location just gave their patio a spring face lift and to celebrate they will launch a weekly brunch happy hour and music series. The new happy hour happens on Sunday from 3 to 5 p.m. with $5 wines, $6 Blood Orange Mimosas, $8 Sangria, $5 appetizers and a $10 Pide aka Turkish pizza.

We've been doing a little work on our patio! Cozy built-in couches and pillows, and tables to rest your cocktails on! Stop by and see us for brunch and a 🍹! #brunch #atmomed #atwatercrossing #atwatervillage #sundayfunday #weekendvibes #weekend #losfeliz

Copa d’Oro has launched a ton of new specials and a fresh spring cocktail program thanks to Barman extraordinaire Vincenzo Marianella. Enjoy “Tequila & Tacos” on Tuesdays where you score $3 off all tequila/tequila cocktails and $2 tacos all night. Wednesdays are designated “College Nights” where students present their college ids for 10% off bill and a weekly rotating specialty cocktail from the new spring menu for $7 all night on Tuesday through Thursday.

On Thursday April 27, Carlo Mirarchi of Brooklyn Pizzeria Roberta’s will be popping up at The Smile’s di Alba in the DTLA Arts District for a one-night-only Porchetta Dinner. Tickets cost a modest $24 per person and will come with roasted Red Wattle pork (brined & seasoned with fennel pollen, fennel seed, rosemary and salt), seasonal local vegetable side and a beer. The Smile’s di Alba executive chef/partner Nina Clemente and sous/pastry chef Zena Scharf will offer strawberry rhubarb polenta cake for dessert.

Silver Lakes popular Thai bar Same Same turns 1 this Wednesday April 14. To celebrate, there will be plenty of festivities and complimentary champagne and Meing Khum, a traditional savory toasted coconut dumpling. They’ll be sharing the special day with Songkran (Thai New Year and Water Festival) guests will be able to take part in a water blessing and enjoy a performance of the traditional Monkey dance throughout the evening.

Best thing we ate this week…

Toscana in Brentwood has been serving Northern Italian faire since 1989.  The popular Italian restaurant has a wonderful Spaghetti ai frutti di mare dish perfect for those who love seafood. Not usually found on the menu, guests can request the dish during lunch and dinner. The plate comes out piled high with seafood, items can vary with season. On my particular visit, squid, clams, shrimp and giant mussels filled the dish. The spaghetti was nicely cooked al dente and the mild sauce had just the right amount of flavor to pair with the shellfish. It was a very satisfying meal, on top of that the service was impeccable. Next time when you’re hankering for something next level and a couple steps up from a linguine and clams head to Toscana.

Hey LA foodies! Head to @lafoodbowl and check out all the events during May #31daysoffood #lafoodbowl #thingsinabowl So excited for what's to come! #NightMarket #FoodforSoul #ad