So have you heard of The Halal Guys?

Well, if you believe countless New York food bloggers, thousands of Yelp reviewers and dozens of YouTubers, The Halal Guys offer the hands-down, flat-out best Halal Food in the World. Or, at least, the best New York approximation of what the ideal Halal fast food cart should be.

Their menu includes the basics: gyros, falafel sandwiches and man-sized platters of beef, chicken and rice all drenched in their signature white sauce. But eaters rave about both the quality and quantity of the items served. I mean, something has to justify the crazy lines, right?

Now, what once started as a neighborhood food cart business has expanded to a brick-and-mortar restaurant, with impending plans to franchise the brand out all over the U.S. and beyond. And that’s where this news becomes relevant to Los Angeles.

[UPDATE 3/7/2015: According to a report from Food Beast The Halal Guys first SoCal location will be launched in Costa Mesa, with a schedule open date of August, 2015. No word on any Los Angeles county locations or dates yet] 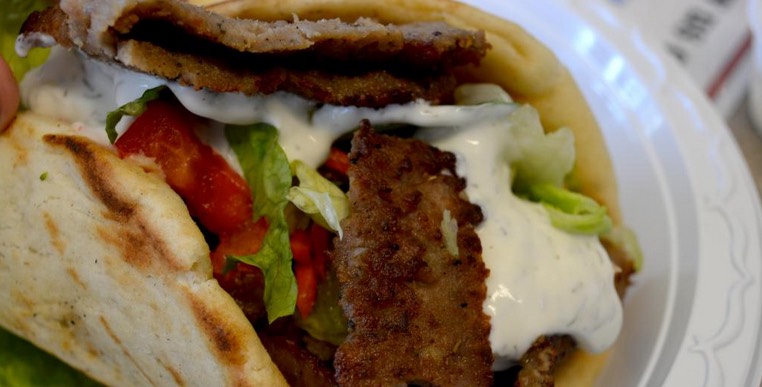 Word is The Halal Guys just signed a new a 50-unit franchise deal to bring their food cart concept to Southern California, with 5 locations in L.A. and Orange County targeted to be up and running by the end of 2015, according to Food Beast.

If all goes as planned, The Halal Guys will expand not only to California, but also Houston, Washington D.C., Chicago, and Philadelphia, with additional internationally territories already identified as well.

Personally, I can’t wait to try it once they arrive in the city of angels.

Till then, check out some of the YouTuber’s experiences below dining at The Halal Guys.