This week includes a festival featuring unlimited coffee, a vegan chili cook off, a Chinese lunar new year celebratio, a birthday homage for a rap legend, a double feature at LACMA, and way, way more! Grab some friends or go at it alone, but most importantly have fun and enjoy yourself! 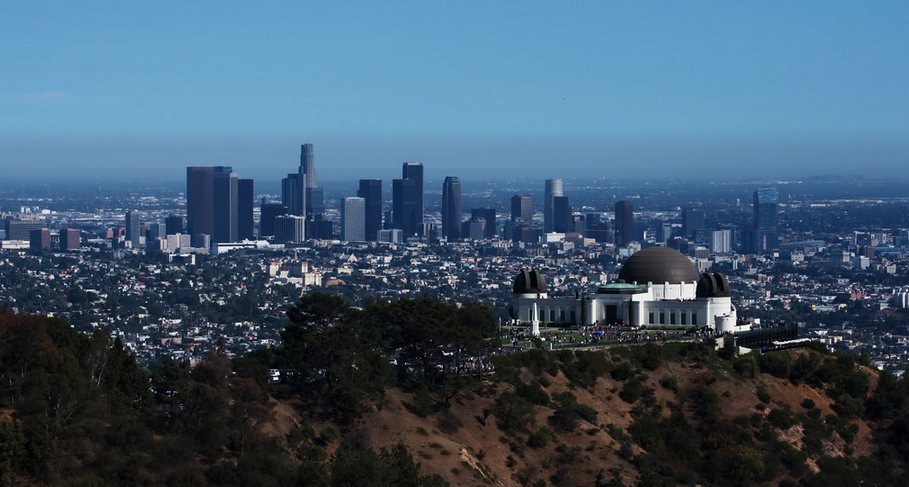 Topping off her 50 years in show business Dame Edna is ready to dazzle audiences one last time in this side splitting finale. Join the neon pink haired treasure for one night because she will be missed once the show is over!

2. Catch a Double Feature of Two Classics at LACMA

Great Scott! On Friday LACMA is hosting a double feature of Back to The Future and Return to Oz. Grab a drink at Stark bar located on LACMA grounds before the show!

Thai Town, Little Armenia and Korea Town are filled with great food, shops and culture. For those interested in getting to know these neighborhoods this tour is the perfect introduction. Tour includes food, transportation and more.

4. Get The “Taylor Swift Experience”

The Grammy Museum is hosting a retrospective on the 25 year old songstress where never before seen photographs, home videos, hand written lyrics and more will be on display.

5. Get Weird with John Malkovich

You probably seen some of these images online since it went viral last December. The Fahey Klein Gallery is hosting Sandro Miller’s project “Malkovich Malkovich Malkovic: Homage To Photographic Masters” where John Malkovich is inserted into popular works of art and it becomes witty, creepy and beautiful.

6. Showtime At The Apollo UCB Style

Have you ever left the TV on after SNL and suddenly something called Showtime At The Apollo comes on? Will the people over at UCB is bringing “their version” to Los Angeles with MTV’s Girl Code’s  Nicole Byer as the host.

Did you know that Feb. 18th was the 50th birthday of one L.A.’s most renowned musical icons? Andre Young, or as you probably know him, Dr. Dre, has inspired an annual celebration in his honor that will be held again at the Dragon Fly Bar in Hollywood this Friday.  The event includes local artists performing covers of Dre’s most famous tunes. Performances by Payoff!, Lysolgang, Pussy-Cow, and Johnny Madcap & The Distractions. 21+ event, and $10 cover to get in.

8. Improv Comedy for Kids by Teens

Like improve? We bet your kids might like it too! Now in it’s 11th award winning year Comedy for Kids, by Teens stars LA Connection class members. These teens have been trained to entertain kids with games and sketches aimed for youngsters but that doesn’t mean you wont be laughing as well!

9. Maghan Trainor At The El Rey

Come dance to infectious music performed by Meghan Trainor. The All About The Bass singer is in town with Sheppard and Matt Prince.

10. Get Wanderlust at The Travel & Adventure Show

This Saturday and Sunday the Long Beach Convention Center will host California’s largest travel show. There are some interesting activities like zip lining and rock climbing involved so wear some sneakers if you want to try it!

Love vintage? Me too! For the entire month of February the store is marking down items from their first floor starting at 50% can’t beat that!

Grab your best hat and spend a day at the races! The new Budweiser Lounge is offering a great package that includes a buffet, over 20 television’s at your disposal, a view of the Paddock Gardens and your very own private betting station. Oh yeah and a free beer to get the party started! Cheers!

13. Get Your Caffeine Fix at the US Coffee Championships

This is L.A. we are serious about our coffee. So the US Coffee Championships is a must go this weekend. Have unlimited coffee from the best coffee beans and baristas in America. If you can’t make it Saturday, it’s an all-weekend event so you can check out the final round on Sunday as well!

They have been doing it for 116 years so something has to be going right. Celebrate the Lunar New Year Chinatown style!

16. Go Salsa Dancing At The Granada

Dance the salsa, do the meringue and the cha cha all at The Granada in Alhambra. For beginners, come early for their quick salsa 101 class!

17. Get to Know Chinatown Through A Scavenger Hunt!

Go on a clue-solving adventure in Chinatown! Search through temples, art galleries and hidden court yards with a group of Angelenos and explore one of the most popular and iconic areas in Los Angeles.

Prepare to shop till you drop, seriously at the Brandy Melville’s Warehouse Sale prices are low and the truck loads of clothes are never ending. From 9 a.m. to 4 p.m. you can score items as little as $15!

Apparently Pro Snowboarder Shaun White has friends in the music business because he is putting on one amazing festival. Kendrick Lamar, Steve Aoki, Flaming Lips, Edward Sharpe and The Magnetic Zeros, Diplo, Phantogram and more will take the stage as 32 of the worlds best free skiers and riders launch off a 16-story jump for your amusement.

20. Relax on a Champagne Brunch Cruise

Bask in the sun, drink champagne and eat brunch on the Hornblower Cruise located in Marina Del Rey.

Tony Darts Away is hosting a chili cook off for $10 you get a ballot and five chili tastings!

What else is on your radar this weekend in Los Angeles? Let us know in the comments below!