This week features a tribute to Elvis at the Echoplex, free days at NHM, Kidspace and the The Page Museum, a throwback screening of Clerks, All Space Considered at The Observatory, and plenty more to choose from. 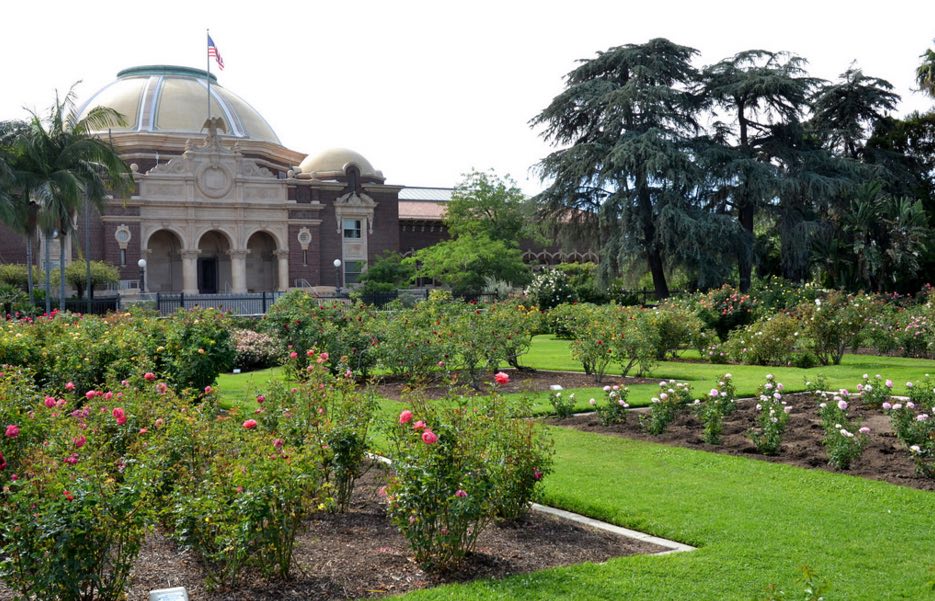 Elvis would’ve been 81 years old this January, and to honor the king the Echoplex has a lineup paying homage this Monday night starting at 8:30pm. $5 with RVSP, $10 without.

Shake off the holiday dulldrums with night of fun and uplifting songs at Musical Musicals presented by the E Spot Lounge in Studio City. Discount tickets available via our friends at Goldstar starting at $7.50.

4. Hot Tub With Kurt and Kristen

Comedians Kurt Braunohler and Kristen Schaal’s Hot Tub With Kurt And Kristen is one of the most popular weekly variety shows happening at The Virgil. You might recognize Kurt from Chelsea Lately and Kristen from The Daily Show and Flight of the Concords. Laugh your butt off for just $8 at the door.

Watch Kyle Clark and Caitlin Durante host this weekly comedy free-for-all. You’ll see new comics and familiar comics trying out new material. It’s free to sign up but do it at 5:00pm for the best chance to get selected! The lottery is at 5:30pm. They pull 25 names for the night plus 5 guaranteed spots for the following week. You get 3 minutes to make some comedy magic!

Hollywood’s legendary El Capitan Theatre presents a special engagement of Lucasfilm “Star Wars: The Force Awakens” December 18, 2015 through February 7, 2016. Before the movie, El Capitan guests will be treated to an all-new Laser Lightsaber Curtain Show and can explore El Capitan’s exclusive display of costumes and props from the movie. Get more information and discount tickets via Goldstar.

LACMA will screen His Girl Friday. This ongoing Tuesday Matinee film series cost $2 for members and $4 for non members.

10. Poutine Night At The Federal Bar In NOHO

Every Tuesday night NOHO hot spot The Federal turns into a “Poutinerie.” Enjoy a variety of poutines or create your own! Start with a base: French fries, sweet potato fries, or tater tots then select from a variety of toppings like cheese curds, pepper jack, gravy, buffalo sauce- the combination are endless. Starts at 6:00pm folks.

Kidspace Children’s Museum is free from 4:00pm to close!

13. Free Day At The Page Museum

16. The Hateful Eight Costumes & The Autry

Quentin Tarantino is a master in elaborate costumes and his latest film, The Hateful Eight, is no exception. Costumes from the film will be on view in the Imagination Gallery of The Autry. Designed by Courtney Hoffman and on loan from Cine-Manic Productions, Inc., the display features costumes worn by Samuel L. Jackson, Kurt Russell and Jennifer Jason Leigh.

As part of the Annenberg Space for Photography’s Iris Nights Lecture Series, National Geographic photographer Joel Sartore discusses “The Photo Ark,” a multi-year documentary project to save species and habitats. This is a free event, RSVP here.

22. CHILL at the Queen Mary

The Queen Mary will once again be overtaken by a deep freeze for the fourth annual CHILL!  Experience the Ice Kingdom, glacier glide ice tubing, ice skating and plenty of holiday entertainment. P.S. The Ice Kingdom will be introducing the New Holiday Ice Bar for adults!  Runs until January 10. For more information and discounted tickets seven days a week, visit our friends at Goldstar.

24. Discada Night At The Briks

Every Thursday, Chef Mario Christerna cooks up his Discada right infront of his DTLA restaurant The Briks. What is Discada? To start, it’s a mixed meat dish made up of carne asada, bacon, chorizo, ham and hot dogs- The Briks seem to be the only restaurant serving this Northern Mexican dish and it’s delicious in their taco or on top of fries.

Every day the Kings play a home game fans can dine on the “Puck & Play” menu ($40) a special three-course menu, offered at Nest at WP24 inside The Ritz-Carlton. Selections of dim such as Chili “Dan Dan” Dumplings and Pork Belly Bao Buns, are followed by Crispy General Tso’s Chicken and Thai Curry Noodles. Guests also leave with their choice of sweet treats like carmel corn packaged to go for the game. Check out Goldstar for more information and discount tickets to Kings games for the remainder of the year and 2016.

Step into the world of Cirque du Soleil’s KURIOS a place of wonders where your imagination can alter reality. Interested? Get more information and discount tickets via Goldstar!

The Griffith Observatory hosts a monthly forum where some of the most amazing phenomena in the known universe are explained and discussed. It’s called All Space Considered and it takes place on the first Friday of every month (this month the event takes place on the second Friday of the month due to New Year’s).

This smash hit straight from London’s West End, makes’s it’s U.S. debut at The Broad Stage in Santa Monica. See George Orwell’s novel come to life through radical staging that blurs the line between the past and present and what’s fiction and reality.

30. The Farriers Package at Santa Anita

Wh y not spend a day at the races with a package that includes admission to the races, box seating and a racing program, along with a pint of local craft beer from the Farriers bar. Get more info and discounted tickets via Goldstar.

31. Free Museum Day At The Long Beach Museum Of Art