This week, from Monday, May 1 to Friday, May 5, features Pasadena Restaurant Week, a free art exhibit at Union Station, a Taste of Downtown Long Beach, First Fridays at Natural History Museum, All Space Considered, and LOTS more. 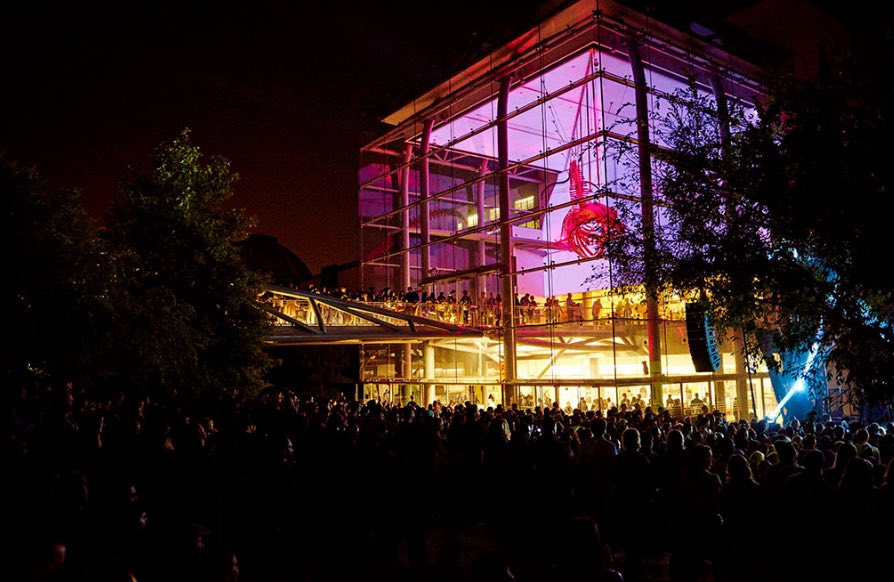 1. “Nordic: A Photographic Essay of Landscapes, Food and People” opens for only L.A. showing  at Union Station’s Historic Waiting Room. This unique exhibition document the origins of Nordic cuisine through the eyes of Mangus Nilsson, a top chef who traveled for two years through Denmark, the Faroe Islands, Finland, Greenland, Iceland, Norway and Sweden, collecting traditional recipes and photographing the region’s landscapes and people FREE

2. Pasadena Restaurant Week 2017 continues featuring prix-fixe lunch and dinner menus for an assortment of eateries that showcase the the city’s vibrant food scene. Runs through Friday, May 5.

3. On the Lot Food Truck Night in Los Feliz.

4. Into the Woods’ National Touring Cast Charity Concert at The Rockwell on Monday. DISCOUNTED (via Goldstar)

5. A specially restored version of Cecil B. DeMille’s 1934 epic Cleopatra will screen at the TCL Chinese Theater, presented by Hollywood Heritage. DISCOUNTED (via Goldstar)

6. Need to add a little soul to your Monday? Check out MOM LA: James Brown vs Motown feat. COSMO BAKER at The Short Stop in Echo Park. Starts at 9 p.m. FREE

7. 25 years after the Rodney King verdict and the city-wide conflict that followed, The Hammer’s brings a 3-day series examining the events and after-effects of the L.A. uprising on its 25th anniversary. Tuesday begins with A screening of Rodney King, a Spike Lee adaptation of Roger Guenveur Smith’s Bessie Award-winning solo performance inspired by the late Rodney King.

8. In honor of the new release of the Director’s Definitive Edition of Heat, Fox Home Entertainment is holding a complimentary screening of iconic crime drama this Tuesday at 7:30 p.m. at Regency Village Theater. The event includes a special Q&A with Director Michael Mann to follow. Guests must RVSP here to get passes. FREE

11. The Taste of Downtown Long Beach showcases some of the best bites in the DTLB area! The May edition is a two day affair (May 3-4) that focuses on the restaurants on Pine Ave. between 1st and 3rd streets. Admission to the event is free, and taste tickets are $1 each, with each sample taste costing from 2-5 tickets each.

13. ‘An Evening with One Day at a Time’ at Paley Center for Media.

14. Feeding the 5000 is a free, communal feast for served 5000 people made entirely out of food that would otherwise have been wasted. The world-wide event series comes to Pershing Square this Thursday starting at 11 a.m.

15. The Outfest Emerging Leaders Council host the 3rd Annual Beers & Queers at Angel City Brewery this Thursday. This year’s event features a screening of Postcards From the Edge, in honor of the late Carrie Fisher, who wrote the script. Tickets are $10.

17. The Natural History Museum’s First Fridays returns for after hours at the museum, special music performances and themed panel discussions. This week focuses on the question: “How green is your plate?”

18. A three-day BBQ & Beer Festival kicks off in Santa Clarita this Friday with Friday night kicks off with more than 50 craft beers on tap, live music and LOTS of cue’! DISCOUNTED (via Goldstar)

19. This Friday there’s a launch party for Reality vs Virtual Reality, a new zine curated by Christie Morgan and Chrissie Abbott, which has enlisted 25 artists to answer the question ‘What does reality vs virtual reality mean to you?’ The event with feature with guest DJs and “other visual stimulation.” All at the Ace Hotel Upstairs Bar. FREE

20. The Awkward Thoughts of W. Kamau Bell – Book Release Show, a conversation with  presented by Skylight Books at Largo.

21. Since its the first Friday of the month check out all the cool events happening around town including block parties and art walks for First Fridays.

22. The Griffith Observatory hosts a monthly forum where some of the most amazing phenomena in the known universe are explained and discussed. It’s called All Space Considered and it takes place on the first Friday of every month. FREE

23. Moved LA is hosting a Cinco De Mayo creative movement workshop this Friday, May 5. The evening will includes happy hour drinks and piñata smashing. Tickets can be purchased online for $20.