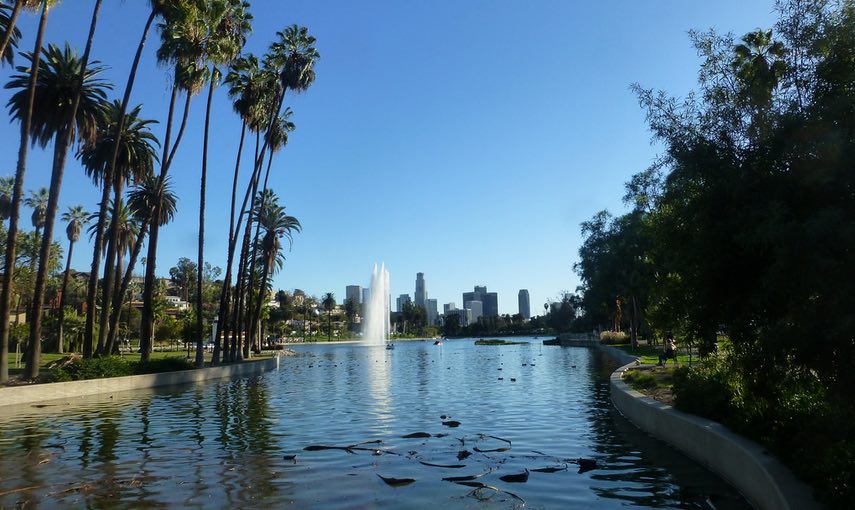 2. Hot Tub With Kurt An Kristen

3. A Live Panel on the Future of Cinema

Will movies soon become a thing of the past? What does the future hold for the art of cinema? Join Toy Story Director John Lasseter, USC professor Henry Jenkins, BuzzFeed Motion Pictures president and web pioneer Ze Frank, and Team Oscar winner Tayo Amos in a panel moderated by Vanity Fair’s Krista Smith as they discuss the evolution of contemporary film making. Takes place 7:30pm at The Samuel Goldwyn Theater in Beverly Hills. Tickets just $5 for the panel via Goldstar.

Haagen-Dazs is once again hosting their annual Free Cone Day at shops all over the county as a way of saying thanks to loyal customers and to raise awareness for a select batch of new artisanal flavors. Just be at any of their participating locations to receive a free ice cream cone of your choice on Tuesday May 12 between 4:00pm and 8:00pm.

Get up on stage and sing your ass off! Each week, teams of eight are arranged randomly, and each team member goes up against another team for three rounds of Karaoke. The first two rounds are solo rounds and the third round is a group round. The crowd decides who wins! Well, actually anyone at the bar can vote using their smartphone! Make sure to register and claim your spot!

Learn how to make Magnolia Bakery’s beautiful flower cupcakes with classic American buttercream in a variety of pastel colors. After class you get to take home six of the cupcakes you create during the class, their best-selling vanilla cupcake and vanilla buttercream recipes, sprinkles, cupcake decorations an at-home starter cupcake icing kit and more.

7. Free Day At The Autry

Open and free to the public on the second Tuesday of every month The Autry is a museum dedicated to exploring and sharing the stories, experiences, and perceptions of the diverse peoples of the American West. Check out the exhibit Art of the West which showcases the dynamic and evolving world of art that springs from the cultural practices of some of the many peoples who have shaped the American West.

Picture you’re trapped inside a 1940’s film noir where you have to solve a slew of mysteries to escape. Work with your fellow detectives as you race against the clock. Do you have what it takes? Test your sleuthing skills with half price tickets via Goldstar.

Every Wednesday night practice Vinyasa yoga on the rooftop of West Hollywood’s Palihouse. For $15 guests get to stretch out as the sun sets in this all level, music filled, fun flowing class. To help kick off the Spring/Summer Rooftop season Zico will be providing FREE Coconut water for all rooftop yogis. As a bonus all rooftop guests will receive a 10% discount on food at The Palihouse Restaurant after class.

Actress and fashion icon Kate Bosworth has teamed up with Matisse Footwear for a line of women’s shoes to be launched at Nordstrom at The Grove. The collaborative shoe line features 8 chic styles of sandals, mules and more. Head over early for an exclusive chance to meet Kate and have your shoes autographed on a first-come, first-serve basis.

Mini Cinema is bringing great short film entertainment to the Regal Cinema at LA Live in Downtown Los Angeles. The Short Film Experience will host a screening of four short films  open to the public general admission is free and VIP tickets are just $7.

Pittsburgh Art Car will be parked in front of The Regent, where mugshot style photos of volunteers will be taken and wheat pasted to the exterior of the car, which will then be driven to San Francisco Maker Faire and smashed by a life-size mousetrap. Captained by Jason Sauer, a 2011 “Pittsburgh 40 Under 40” winner, gallery owner, and demolition derby champion. Once a year, since 1995, Sauer has chosen a car, made it a work of art, then participated the Demolition Derby and turned the remains into art that address the nature of American Identity. Free to public. Starts at 5:30pm

Every second Thursday of the month downtown Los Angeles creates a unique blend of art, community, culture and food known as the Downtown Los Angeles Art Walk. The Art Walk activities center around the galleries predominantly on Spring and Main streets between 2nd and 9th streets.

In the mood for a ballgame? Check out the first place Dodgers take on the Colorado Rockies this Thursday night. As a bonus, every fan in attendance on Thursday will receive a free Sandy Koufax commemorative pin (part of the Dodgers Cy Young series), PLUS you can still get discount tickets to the game via our friends at Goldstar (including tix for the all-you-can-eat Right Field Pavillon section).

Ringing in 10 year of hoedowns, square dances, Appalachian dancing and everything else in between, LA’s Old Time Social is throwing a three-day party of fiddles, dancing and jug music! Head on over to the El Cid on Thursday night to kick off the festivities with food, drinks, and kicking tunes from Sausage Grinder, Tom Sauber & Tom Carter, and Joe Sands Fontenot Cajun Creole Band.

Play Indiana Jones for a day with Escape Room LA! Find clues and solve puzzles to get your hands on a lost civilization’s ancient treasures hundreds of feet below Downtown Los Angeles! You’ll have less than an hour to escape, working with your team to solve challenging puzzles to break free. Will you make it? Tickets are regularly $45, but there are a few left you can purchase for $15 (plus fees) via Goldstar.

This musical takes all the sexy, funny and memorable moments from the original movie, mashes them up with a soundtrack of top-40 hits from the 90s and then performs it all live onstage with a powerhouse cast and live band. With three sold-out preview performances last month this show is sure to be a hot ticket item. This Friday’s performance starts at 8pm. Find discount tickets via our friends at Goldstar.

Come try the very best that the Boyle Heights community has to offer at the Taste of Boyle Heights. This unique event, guests can enjoy a delicious array of local cuisine, live entertainment by local acts and a silent auction. This celebration marks their 20th Anniversary of bringing equity to the Eastside and making it a place where all families can thrive.

One of the most sought after sales to hit Los Angeles the Gilt City Warehouse Sale gives lucky shoppers (tickets sale out every year!) major discounts on brands like Carolina Herrera, Missoni, Oscar de la Renta, and more at Gilt City’s massive warehouse extravaganza. Complimentary wine and snacks will also be provided. The sale runs Friday through Saturday at Siren Studios.

22. Tease, If You Please Burlesque Show

This super sexy and seductive burlesque show aims to transport you back to the golden age of striptease and Gypsy Rose Lee. Staged at Bar Fedora inside downtown L.A.’s Au Lac, Tease, If You Please spotlights acts from some of the most creative dancers in the business. Miss Donna Hood, who performed alongside the one-and-only Dita Von Teese in Strip, Strip, Hooray!, produces this thoroughly modern, vintage-style show, hosted by stand-up comic and famed little person Selene Luna. Tickets are usually $30 but you can still get half price tickets via Goldstar!

May 15th is Endangered Species Day and to raise awareness check out the Noah’s Ark activities at The Skirball Cultural Center. The Noah’s Ark activities span all week (May 12–17) and have been created in an effort to draw attention to a whole host of endangered animals on the Ark as visitors go through the space. Visitors will be prompted to look for these endangered species in preparation of an awareness raising project in the final gallery on the Ark, also known as the Rainbow Gallery. There, visitors can learn more about a number of different species and how they became threatened as well as create a “Save the Species” medallion to take home and use to talk to friends and family about what they learned. Great learning opportunity for kids!

There’s a quadruple sale event going down with Herschel Supply, Native Shoes, Komono, and Brothers Marshall. From 10am to 6pm on Friday and Saturday, sip on some coffee/drinks and enjoy some beats complimentary of DTLA’s California Market Center.

Thai Town, Little Armenia and Koreatown are filled with great food, shops and culture. For those interested in getting to know these neighborhoods this walking tour / tasting session is the perfect introduction. Tickets are normally priced at $79 but you can find some for as low as $47.50 (plus fees) via Goldstar.