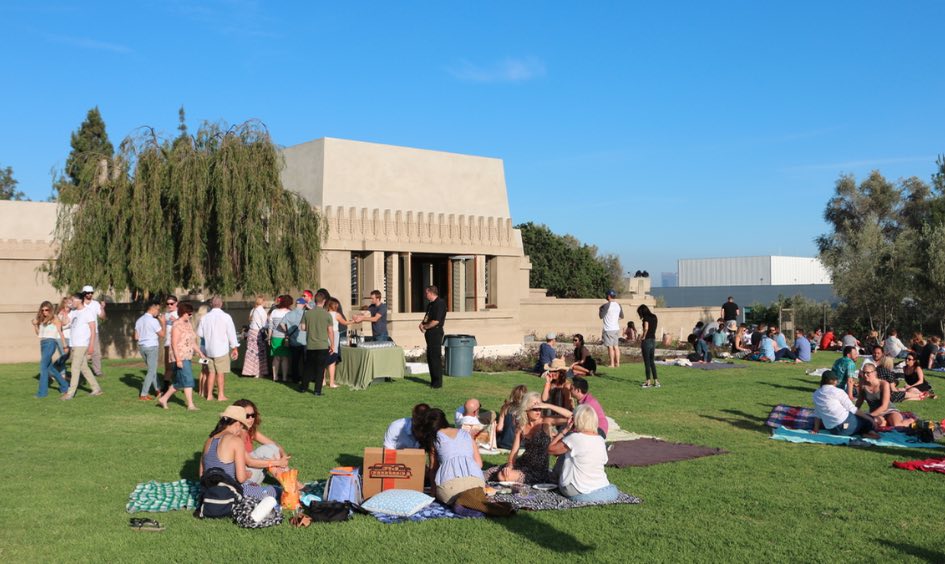 1. It’s LA Pride Week!  from June 5 to 11 celebrate the LGBTQ community through themed parties, a special Dodgers night, worthy marches and then let loose at the LA Pride Festival happening this weekend.

2. Broadway Sings Disney is a powerhouse concert developed from the Walt Disney catalog’s 80-plus years of magical music. From Steamboat Willie, to Frozen’s “Let It Go,” happening at the Rockwell Table & Stage. DISCOUNTED (via Goldstar)

3. Hot Tub With Kurt And Kristen at The Virgil is one of the most popular weekly variety shows happening on a Monday in Los Angeles.

4. The Business LA is a free comedy show at Little Joy featuring some of the best local comics in town. FREE

5. Spend an evening poolside and beneath the stars enjoying dinner, cocktails and a classic film as Mr. C’s Poolside Cinema returns with a screening of Oceans Eleven.

6. Beer, tacos and a game of Texas Hold ’em is going down at Angel City Brewery during their Poker Night in association with KB Kings Poker Company. The brewery is hosting a free and no risk Texas Hold ’em tournament where players compete for various prizes like beer credits! FREE

8. Food Truck Night at The California Heritage Museum takes place every Tuesday with trucks vary from week to week. Guests are welcome to bring blankets and hang out on the lawn of the museum while they dine.

11. People Power is a new free film series at the Hammer Museum featuring films that examine grassroots political movements around the world. This weeks screening is A Force More Powerful: A Century of Nonviolent Conflict. An exploration of popular grassroots movements that have battled regimes and military forces with nonviolent actions. FREE

13. Ever wish you were in a Sherlock Holmes story? Will now is your chance! Get immersed in a production full of mystery and intrigue thanks to Unbound Productions where the audience follows the actors throughout a creepy Santa Anita Train Depot. The show runs Wednesday through the weekend.  Check for discounted tickets before making your purchase. DISCOUNTED (via Goldstar)

14. Boss Jr. Presents: Harold Evening at The Clubhouse. This free comedy show features some of the best improvisers in the city. Bonus they also give out free baked goods and drinks! FREE

15. Did you know Maya Rudolph has a Prince coverband called Princess? They’re playing at the Teragram Ballroom on Prince’s birthday!

16. The Los Angeles Design Festival (LADF) comes to Downtown L.A. June 8 through June 11 for the ultimate celebration of this city’s rich design culture.

17. Book’d returns to The Group Repertory/Lonny Chapman Theatre in North Hollywood this Thursday for “the ultimate bibliophiles’ night out.” Always a worthwhile event, Book’d will feature author readings and discussions and fun giveaways.

18. The L.A. Zoo is celebrating their 50th anniversary with a sustainable wine and dinner series. Each event will include a five-course farm-to-table dinner accompanied by wine from local vineyards. There will also be a zoo walk-through with education and entertainment highlights, along with up-close animal encounters. On June 8   J. Lohr wines from Paso Robles will be featured and dinner will take place at Reggie’s Bistro a location near one of the zoo’s most famous inhabitants, Reggie the alligator.

19. Metalachi, the world’s only heavy metal Mariachi band will be playing at the Saban Theatre this Thursday. DISCOUNTED (via Goldstar)

21. The Downtown Art Walk has been an L.A. cultural phenomenon bringing in art enthusiasts and locals together every second Thursday of each month. Art galleries, shops, bars and more open up for one big party celebrating art and DTLA for one fine night. FREE

23. Sip wine perched on a iconic L.A. hill that’s also home to an architectural gem, the Barnsdall Art Park during their annual Wine Tasting Nights. Now in its ninth year, the evening will feature tastings of boutique artisanal wines, along with food trucks, amazing food popups and music from KCRW DJ Marion Hodges.

24. Score amazing designer brands available for as much as 80% off at Gilt City’s Summer Sample Sale on June 9 and 10. Taking place at Siren Studios on Orange, the admission fee also includes complimentary rosé and samples of Dove, Tide + Downy, Luna and Cliff bar samples. Check for discounted tickets before making your purchase. DISCOUNTED (via Goldstar)

25. Downtown Los Angeles’ Union Station will conclude their ‘Sci-Fi At Union Station’ movie screening series with Her, Spike Jonze’s 2013 tale about a lonely man who falls in love with an operating system possessing artificial intelligence. FREE

26. The Groundlings: The Completely Different Late Show is a hilarious improv show by the cast of the Groundlings’ Main Company. Audience shout suggestions throughout the night for improvisational scenes performed by some of the best in the business. It’s also a testing ground for brand new material for the Groundlings’ main show. DISCOUNTED (via Goldstar)

27. The Natural History Museum’s First Fridays returns for the final after hour series at the museum, special music performances and themed panel discussions. This week focuses on: “LA History on Your Plate”

28. 11th annual Calabasas Malibu Food & Wine Fest is two days (June 9 and 10) of wining and dining on some of the best culinary establishments and wineries of Malibu and Calabasasa. Happening at the Commons at Calabasas.

29. Constitution Happy Hour at AMMO at The Hammer continues this Friday with a focus on the question “Can our voting rights be salvaged?”

30. Greenbar Distillery is hosting a cocktail classes in Downtown LA this Friday with a City Series theme highlighting Kingston cocktails.