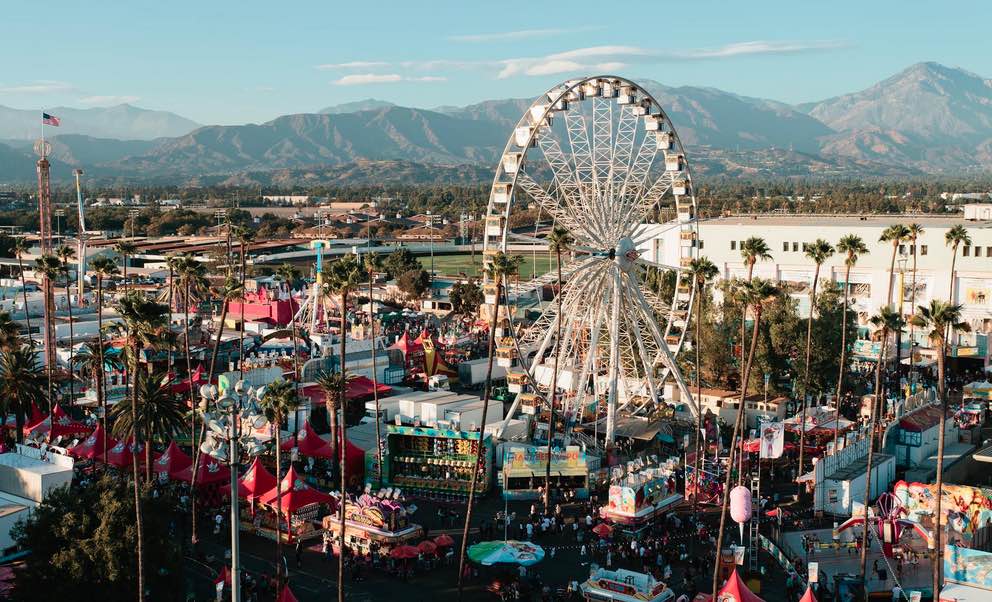 Over the week of September 9-15 you can catch a sneak peak of the fall’s most anticipated new shows during screenings at the Paley Center for Media in Beverly Hills. Here is the complete schedule via the official website.

The Walt Disney Concert Hall is bringing classical music to you! Board the VAN Beethoven mobile experience, touring Los Angeles starting Friday in front of the Walt Disney Concert Hall. Put on the Oculus virtual reality headset and be transported to a 360° 3-D performance featuring the opening of Beethoven’s timeless Fifth Symphony performed by the LA Phil, and conducted by Music and Artistic Director Gustavo Dudamel. VAN Beethoven, is a virtual reality project touring around LA in September through October in different locations of the city.

“Mick Rock: Shooting for Stardust, the Rise of David Bowie & Co.” will be glam-rocking it up for one month as Taschen Gallery’s latest exhibit. Showcasing prolific music photographer Mick Rock’s extremely rare photographs of David Bowie and friends during his “Ziggy Years.”

New modern Asian eating house and rooftop bar E.P. & L.P. is collaborating with Bonhams auction house for a rare night of vintage Australian wine tasting. Limited to only 40 seats, the intimate eight-course wine pairing and dinner crafted by Executive Chef Louis Tikaram will include a never-before-seen auction preview of pairings from exceptional wines including back vintages of Penfolds, Yalumba, Tyrrell’s, and d’Arenberg, to name a select few. Over 20 fine Australian wines will be poured during the course while chef Tikaram, an Australian native, whips up an eight-course menu of modern Asian cuisine. The tasting and wine paring cost $145 per person and is all-inclusive for the evening.

Shop the LF Outlet now till the 20th for one insane sale. Shoppers can now take an additional 50% off their already discounted items. Expect to find $100 denim for $12, $150 jackets for $14 and so much more.

Few events combine live music, art, agricultural attractions, farm exhibits, and more fried food than your arteries can handle, but it’s all part of the LA County Fair, running until September 27. More information and discounted tickets (for select dates) can be found via Goldstar.

Free is free, right? On Tuesday, September 15th participating McDonalds in Cali will offer free breakfast, to kid’s kindergarten through eighth grade from 6:30am – 9:30am. Students under 13 years old are required to be accompanied by an adult to redeem this freebie.

The popular screening series that has already held court in London and New York is now here in Los Angeles! For each screening of the Rooftop Film Club series organizers will set up rows of lawn chairs on the roof of the Ricardo Montalbán Theatre and provide headphones for each attendee. Doors open at 6:00pm with screenings starting at 8:00pm. Kicking off the week of screenings is Dirty Dancing on Tuesday, Reservoir Dogs on Wednesday and Ferris Bueller’s Day Off on Thursday.

Join fermentation expert and Master Preserver Hae Jung Cho for a kimchi workshop. Learn how to make your very own batch of kimchi and take it home in a neat mason jar! 100% of the proceeds will go to the Whole Kids Foundation. Tickets are $10, RSVP here.

Reggie Watts and his band Karen play two sets at the El Cid while friends Strella warm up the crowed! Admission is just $10.

Expect to see some of today’s best working comedians alongside a few young up-and-comers at one of the best live comedy shows in Los Angeles, The Super Serous show! Although the lineup changes each month, the creators of the show Mandee and Joel of CleftClips try to consistently create a intimate and magical atmosphere to have a laugh. This week’s line up includes Brooks Wheelan, Jerrod Carmichae, Nikki Glaser, Josh Gondelman, Iliza Shlesinger and The Spanglers with a video preview by Scott Gairdner for Moonbeam City.

The Bob Bonis Archives is the largest never before seen archive of Beatles and Rolling Stones Photographs known. The Andaz West Hollywood will host an unveiling party for The Bob Bonis Archives, a series of limited edition photographs by the former US Tour Manager Bob Bonis featuring intimate and extremely candid unseen shots of The Rolling Stones and The Beatles. The works will be on display at the Andaz West Hollywood through December as part of the hotel’s rotating art program. In addition a select number of exhibited photography will be available for purchase at Andaz West Hollywood during the public event this Wednesday from 7:00pm – 9:00pm.

Oktoberfest is in full effect down at the Old World Village in Huntington Beach. Enjoy beers, brats, German baked goods and plenty of live music and activities. If you can’t make it down during the week stop by on Sunday for the Dachshund racing!

A free-style dance evening held at MSIA aka Movement of Spiritual Inner Awareness is open to everyone this Wednesday – no dance expertise needed! Come get your boogie or get in some spiritual “exercise” time as I like to call it.

The Cannabis World Congress & Business Expo will take place at the LA Convention Center. From Wednesday to Friday patrons can partake in workshops that include a “Marijuana Investor Summit” and “How to Open a Cannabis Business,” and talks by guest speakers such as Melissa Etheridge and ex Men’s Wearhouse founder George Zimmer.

21. Discount Tickets to the LA Opera

The LA Opera’s 2015-2016 season opens with a Woody Allen directed production of Gianni Schicchi (starring Plácido Domingo) followed after the intermission by Franco Zeffirelli’s epic production of Pagliacci (which Domingo will conduct!). The double-billing runs from September 12 to October 3, and Goldstar has some discount tickets for select dates, including this Thursday’s performance.

Prive will be hosting a Vince sample sale starting September 17th till the 20th at Lincoln Creative Studios. Prepare to shop an amazing assortment of men’s and women’s apparel up to 70% off. Hours run Thursday and Friday from 10:00am to 7:00pm, Saturday from 10:00am to 5:00pm, and Sunday from 10:00am to 2:00pm. Cash and credit cards are accepted, however no handbags or outerwear are allowed inside the sale and there’ll only be communal fitting rooms available.

All summer long every Thursday night from 6:00pm to 11:00pm in the Playhouse District of Old Town Pasadena, join a crowd of locals gathering for live music and food trucks. This week brings the Grilled Cheese and Lobsta truck to Old Town. Get more info on the official Facebook page for the event.

25. The Last Silver Lake Picture Show of the Summer

This free, summer-long community event screens popular films in a picnic-like setting at Sunset Triangle Plaza, and September 17 is the final show of the season, with a featured presentation of Fear and Loathing in Las Vegas. Things kick off at 7:00pm, so get there early to secure a seat!

27. Aladdin on the Big Screen

Never seen “A Whole New World” sung on the big screen? Come to the El Capitan Theater this Friday as the Disney classic returns to the big screen! Get more information and discount tickets (while available) via our friends at Goldstar.

For the ninth year in a row TreePeople will close their summer event series with a live (and lively!) reading of the 1980 comedy Airplane! An ensemble of 11 actors, including Oscar nominee Robert Forster, will handle all 69 roles in this deliberately uncensored reimagining of the original classic. The event runs two nights, both Friday and Saturday, and you can get half-off tickets for Friday’s performance via Goldstar.

Really, really, really into podcasts? The Los Angeles Podcast Festival is back for its fourth year and includes live podcast recordings, panels, special events, and parties, along with a special standup comedy show. It all goes down over the weekend of September 18-20 at the Sofitel Hotel.

The American Heart Association’s Hands-Only CPR Mobile Tour stops by Grand Park from noon to 1:15pm this Friday to raise awareness and teach Americans how to perform hands-only CPR to the beat of the Bee Gees’ hit “Stayin’ Alive” which, consequently, has more than 100 beats per minute!