This weekend includes a wine rave in Chinatown, music and fireworks in Marina del Rey, a Corgi beach day, Goonies at the Drive-in, Cuban cooking classes, and so much more! 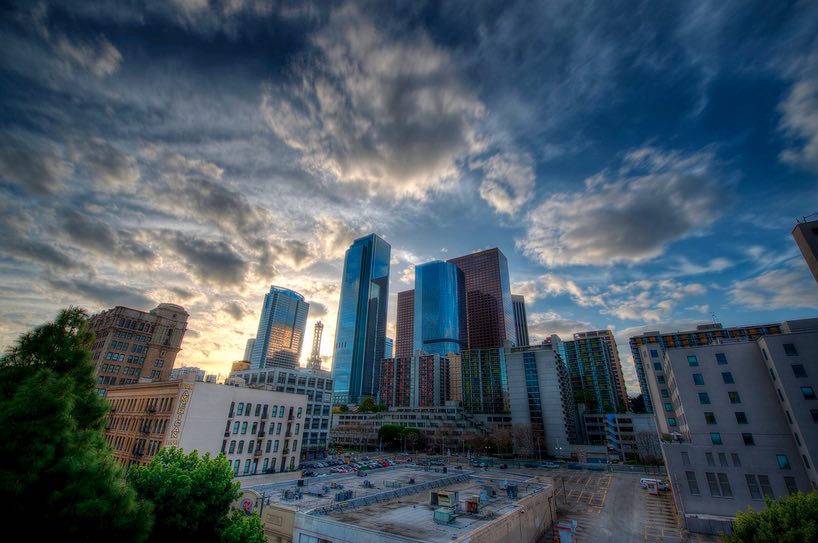 1. A Wine Rave in Chinatown

Wine Rave promises swirling glow sticks, wine infused cocktails and shots, dance music and an overall low level of pretentious all at the Golden Dragon this Friday starting around 10pm. Cash only bar!

2. For the Record: Dear John Hughes

Wilding Cran gallery is highlighting six works of art by six L.A. artists. The exhibit Here Now will run until till May 2.

White Fences and Cherry Glazerr will perform while KCRW DJs Raul Campos and Anthony Valadez will spin tunes throughout the night. The Nature Conservancy will lead some tours and discussions at this after hours museum shindig. Buy tickets ahead of time and go early as this event is known to get super  crowded.

The International Gem and Jewelry Show has been running since the 1960s. Feast your eyes on some of the most dazzling gems of all shapes, size and color. Normally tickets are $8 but Goldstar has complementary tickets for members. The show runs Friday to Sunday.

Marina del Rey is turning 50, and this weekend is mark the occasion with a special three-day weekend filled with games, boat-rides, food, and exhibits.  Things kick off on Friday with a free, evening concert by Three Dog Night in Burton Chace Park, followed by a fireworks show.

Looking for family fun entertainment options? If you are a Marvel fan this show is pretty spectacular! Pyrotechnics, aerial artist and stunt performer make up the cast of Iron Man, Captian America, Thor, Loki and more at Citizens Bank Arena in Ontario. Goldstar has discounted tickets (as low as $23) so splurge on popcorn and nachos at the show!

Attention Corgi owners (and yeah, pretty much anyone who loves adorable dogs generally): SoCal Corgi Beach Day is back and it’s taking place in Huntington Beach! The event started in 2012 with just 15 pups in attendance but most recently has held events with upwards of 300 Corgi pups running, jumping, playing, frolicking, and doing other awesome Corgi things. The Corgi get-togethers are now held about once every three months, and this time around they’ll even be featuring a Corgi costume contest and even a limbo competition (yes!).

10. The Goonies at the Drive-In

The Electric Dusk Drive-in will be screening the 80’s classic flick The Goonies on Saturday at 7:30pm . Drive-in spots vary in price and lawn seating is also an option. View all ticket information via Ticketfly.

Need a bit more soul in your life? On Saturday April 11 at Exposition Park check out this awesome fusion of good food, good music, and good times at the Kinfolks Soul Food Festival. Gates open at 4pm, and general admission pricing starts at $47.

Enjoy two days of panels and book signings from 37 New York Times best-selling authors, 36 local and acclaimed authors and artists, 6 notable Hollywood directors and creators and 1 YA cover band. At Yallwest folks can get into all sorts of geeky debauchery.

Lovers of local design can shop a wide variety of indie brands. Market admission is $5 on Saturday and Sunday with the option of $8 for both days. For a full list of vendors check out their list here. For additional information visit their website.

L.A.’s best donation based bootcamp is back! Every Saturday and Sunday at Runyon Canyon get your hiking and strength training on! Get ready to work with equipment like battleropes, kettlebells, slamballs, heavy duty resistance bands and sandbags. Check out their Facebook page for class times and future schedules.

Come see live Mexican wrestling, enjoy live music and a curated art exhibit for one night only at the famous outdoor venue Plaza De La Raza. The very unique event will also include vendors and crafters. One of the highlights of La Bulla is the participation of writer/producer/director Sergio Arau, best known for his breakout indie feature film A Day Without a Mexican.

Start the day zen with Casper and Fab Fit Fun as they host a free yoga classes at Casper LA’s dream house in the Hollywood Hills. Be there at 11 am for a juice session. Sign up here.

Here is one for the kiddos! The Professional Child Development Associates (PCDA) is hosting its first ever Move-A-Thon from 11 a.m. to 2 p.m. at Rose Bowl Brookside Park. Each child will receive a Move-a-thon passport when entering the free event and can collect a sticker for each activity they complete. Activities will include an obstacle course, running clinic, dance, martial arts, yoga, bounce houses, golf, Taiko drumming and more.

Did someone say delicious Cuban cuisine? This delicious class offered by Cook LA includes a menu of Garlic Chicken with Mojo Sauce, Yellow Rice & Black beans, Pan Baked Plantains with Dipping sauce, Shrimp ceviche, and Arroz con leche – sweet rice pudding. Normally $75 per class, Goldstar is offering a deal where you can register for this Sunday’s class for just $45.

This family friendly event celebrating the art of puppetry features live music, art-making, and tons of stories told through marionettes, shadow and full-body puppets. Youngsters will love it! Tickets are $5-$10 through the Skirball official website.

Climb for Heroes  is a family oriented, all-day hike up Mt. Baldy in an effort to raise money and awareness for our wounded military veterans. Check-in starts at 8am, and Tender Greens will even be supplying breakfast for all participants! All tax deductible donations go directly to The Heroes Project.