If you’ve been anxiously awaiting more news about the local outpost of Saved by the Max — the Saved by the Bell-inspired pop-up diner that held Chicagoans in thrall for an entire year — you’re in luck. The official Los Angeles opening date of May 1 has finally been announced, and tickets will go on sale this Friday, February 2 at 9 a.m.

Though Saved by the Max will look like the sitcom’s The Max diner, with its neon decor, jukebox, and vintage video games, there’s more to this eatery than mere ‘90s nostalgia. Its chef-driven menu was created by Brian Fisher, who helmed the kitchen at Michelin-starred restaurant Schwa in Chicago’s Wicker Park.

As in Chi-town, the menu here will offer dishes like the Kelly Kapowski Monte Cristo, A.C. Sliders, the Bayside Burger, the Preppy BLT and Mac & Screech. 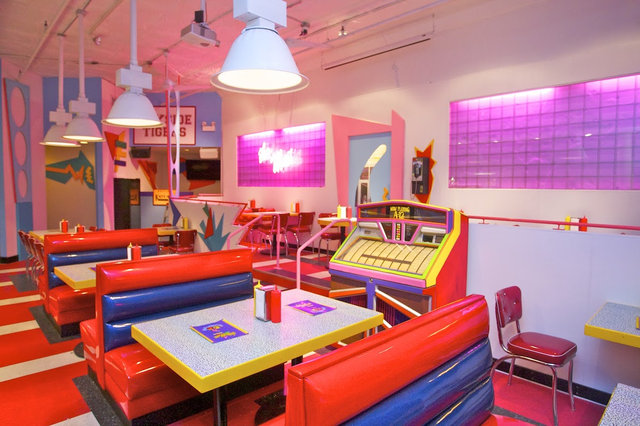 Image via Saved by the Max

As we told you last fall, Saved by the Max will be located at the West Hollywood Gateway shopping center at La Brea Avenue and Santa Monica Boulevard. “First semester” will run through early October, with plans for the pop-up to eventually make its way around the country.

Each tickets includes admission and dinner. As Saved by the Max was a smash success in Chicago, reservations are highly encouraged. Walk-ups will be limited.